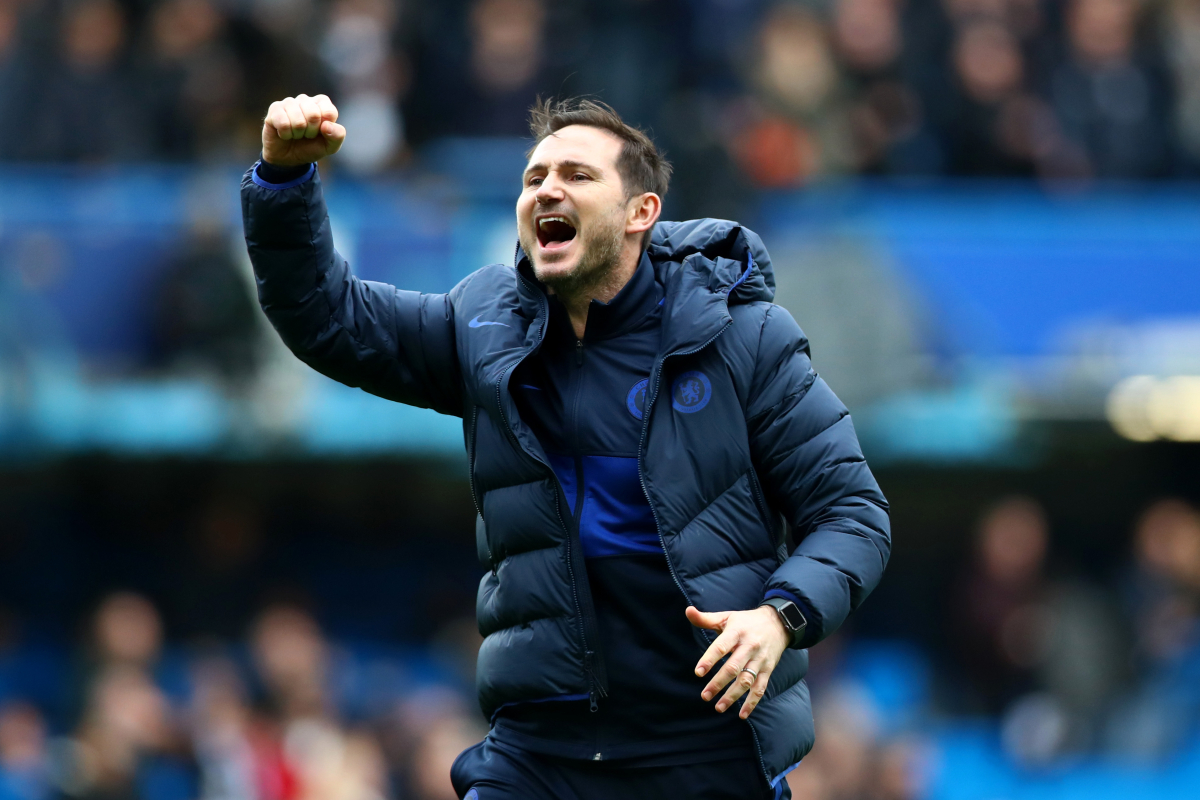 Chelsea manager Frank Lampard faces a rather different job at Chelsea this season from when he first took over last summer when the club were under a transfer ban.

Chelsea’s all-time top scorer did well with a youthful squad last season without a great deal of pressure and steered Chelsea into this season’s UEFA Champions League and the FA Cup final.

Lampard has done a good job of summing it up in a fairly condensed manner. His Chelsea team has been primarily an attacking team and focused on moving the ball into forward areas through the midfield. Out of possession as well, he demands a lot of pressing to win back the ball and be aggressive in defense.

Frank Lampard has shown that he likes to get on the ball and dominate games. Chelsea’s possession and shooting stats bear that out. Their average possession stats (57.4%) place them third in the league and average shots per game (16.6) are second only to Manchester City.

With quick movement from the forwards, the midfield is decidedly more creative with its passing. This has come as a big change for Chelsea fans, who had grown accustomed to, and perhaps frustrated by the drab midfield passing, seen during the reign of Maurizio Sarri.

2⃣4⃣ hours until our @premierleague season begins against Brighton! 🙌 pic.twitter.com/elGWFy17CA

Many pundits and fans believe that Lampard’s work ethic will see him through and all he asks from his players is what he gives to them – everything. He is a perfectionist and a true professional, who the owner trusts completely knowing that he was fully devoted to the club as a player, captain and now their manager.

Lampard will be expected to deliver success with the likes of Timo Werner, Kai Havertz, Hakim Ziyech, Ben Chilwell, Malang Sarr and Thiago Silva coming in this transfer window.

Thiago Silva’s last game played was a Champions League final. Liverpool fancied signing Werner but were unwilling to compete financially to join the champions. Havertz is widely regarded as Germany’s outstanding young talent and is certain to have a bright future.

As for Ziyech, at 27, he is undoubtedly in his prime. Chilwell is younger but he has vast experience – his first appearance for Chelsea will be his 100th in the Premier League.

For Lampard, it adds to the unforgiving pressure of the Premier League and he knows that the money spent this window will have to produce instant results to compete with Liverpool and Manchester City this season.

These two are up for the @PremierLeague's Young Player of the Year award! 👏👏 Hit the link in bio to cast your vote! 🗳 @masonmount10 @cmpulisic #CFC #Chelsea

Lampard has stabilised the club, reconnected with supporters, and he has brought through some promising young players like Christian Pulisic and Mason Mount. The next challenge is to integrate the new signings into the team and bring a trophy back to West London this season.

Top 5 Moments from the 2022 Champions League

What Teams are in La Liga?