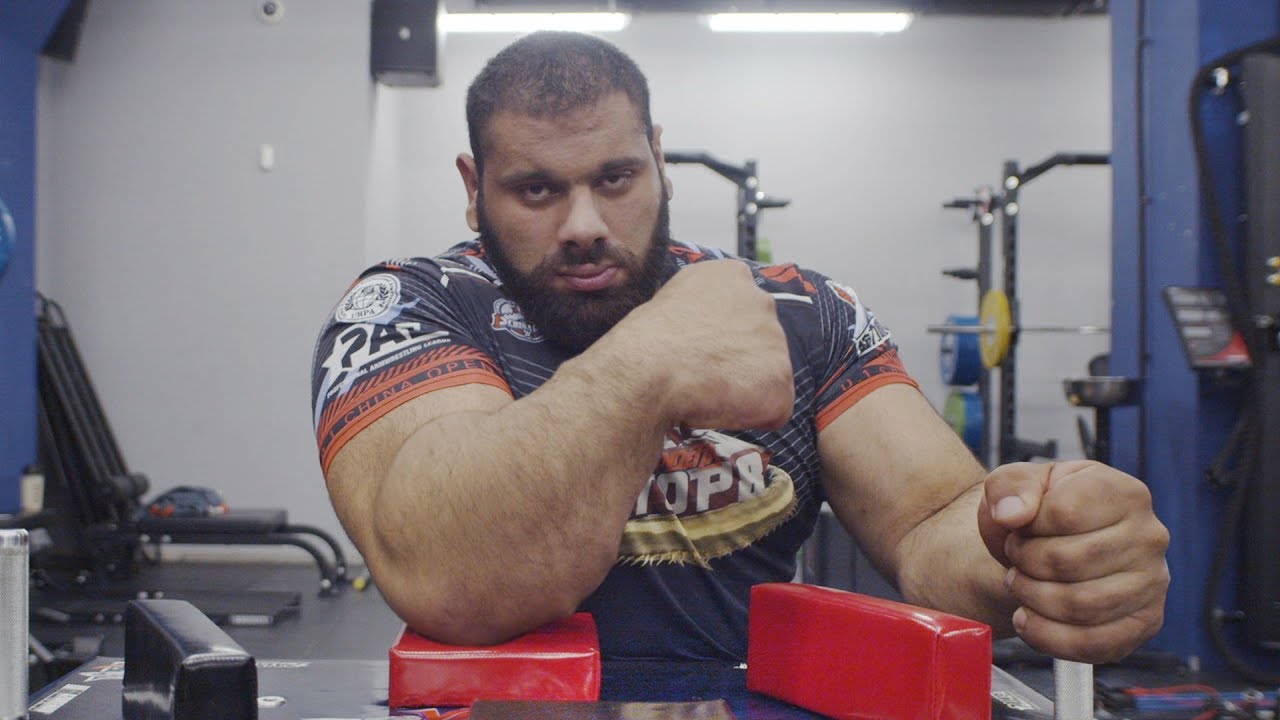 Arm Wrestling fans are quite familiar with Levan Saginashvili, who hails from Georgia. Popularly known as ‘Georgian Hulk,’ he stands at an astonishing height of 6 ft 4 in and weighs 370 lbs. It is needless to say why he is touted as one of the strongest arm wrestlers in the modern era. Levan Saginashvili admired John Brzenk as an arm-wrestler athlete.

There is no doubt he possessed power and strength from an early age. Levan Saginashvili came to arm wrestling quite late, at the age of 20. He weighed 80 kg when he was 19 years old and met his future coach, Lado Khutsishvili in a fitness gym. His future coach was famous in Georgia for his training programs. It was in the fitness club that he saw an arm-wrestling table for the first time. Levan was noticed by Khutsishvili when Levan was exercising in the gym, who revealed that Levan’s hand was ideal for arm-wrestling.

Despite having the desire of becoming a Footballer, he chose Arm Wrestling as his profession and ever since he has not looked back. He rose to fame when he only trained for a couple of years and managed to outpower Genadi Kivikvinia back in 2012. He competes in both the left and right arm categories. He has dominated his opponents time and time again with his mastery in the sport and the much needed endurance to play out in the outings.

Having several achievements including four straight clean sweeps of “The Vendetta,” it can be said that Levan has huge amount as earnings from the prize pool of these competitions. However, there is no exact information on his net worth and salary.

Reports suggest that the average prize pool for arm wrestling has ranged per year. It was around $5000 in the 2000s and raised to $100,000 in 2014. It can be speculated that Levan made a similar amount to that range. According to sources, his net worth in 2020 was around $1 million.

Levan Saginashvili has won the World Arm-wrestling Championship (WAF) seven times and the European arm-wrestling championship six times. He also made it to the Top 8 in 2019, and also the World Cup in 2017.

He was awarded the merit of the first degree by The Ministry of Internal Affairs of Georgia, 2013 after he was able to win the World Police and Fire Games Gold medal in arm-wrestling in 2013 Belfast, Northern Ireland, UK,

It is no secret that 2018 turned out to be very well for the young talent as he tasted huge success in that year. He went on to win as many as three major tournaments including EuroArm, the World Armwrestling Championship and Vendetta All Stars #50 which transpired in Rumia, Poland.

It is needless to say that Levan Saginashvili is a powerhouse and it is the outcome of a shedding all the sweat in the gym. He hits the gym to do the intense workouts which helps him gain the strength by which has won numerous titles in his glittering career.

You can check out some workout videos below:

Levan has a 50cm forearm and 60cm biceps.