Devon Larratt vs Levan Saginashvili: Arm Wrestling’s biggest match heading for King Of The Table 4 in June next year 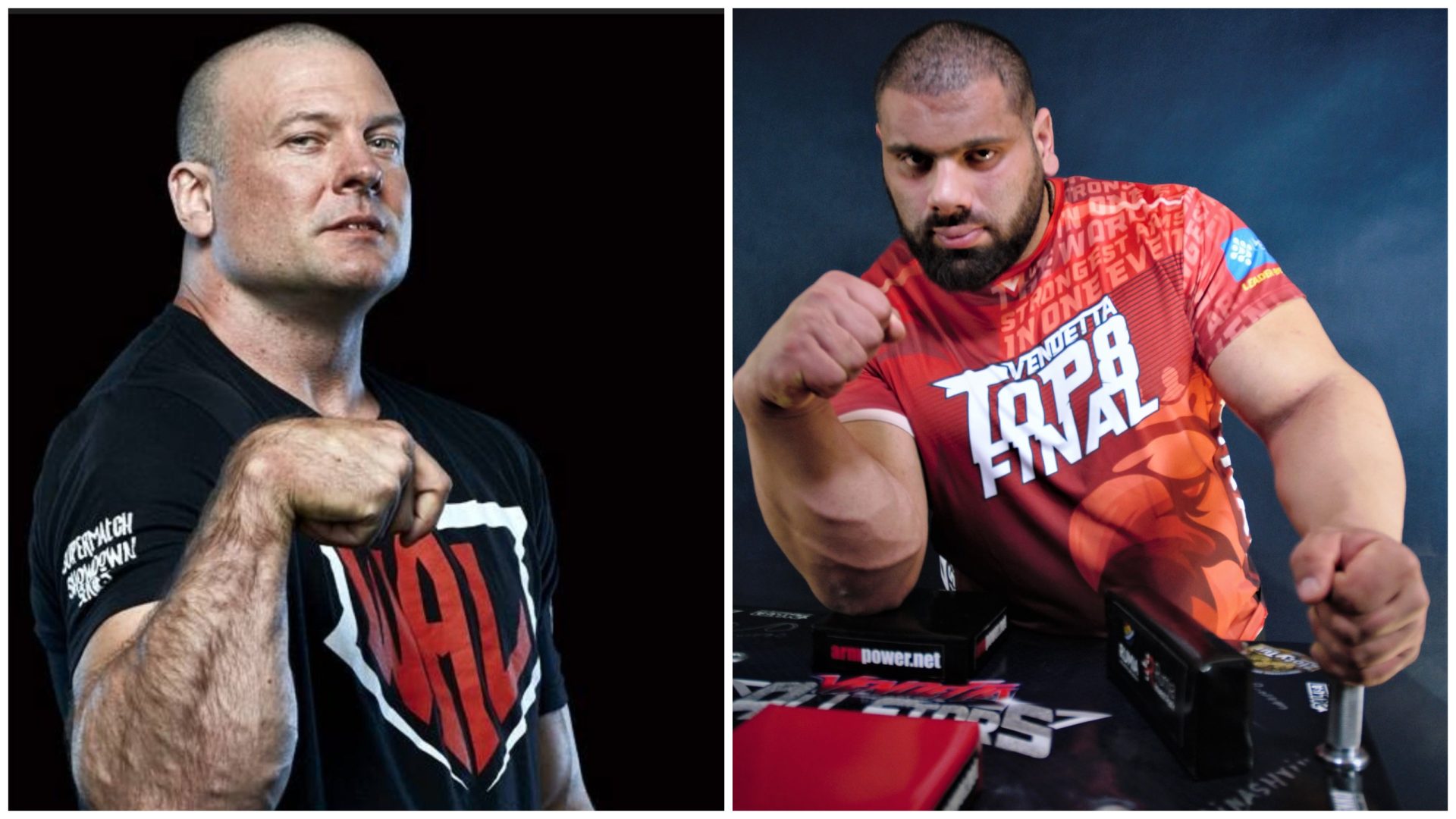 The sport of arm wrestling saw two of its most anticipated matches of all time in the year 2021. First, it was Devon Larratt going up against Michael Todd at King Of The Table event in Dubai in May, followed by King of the Table 2 on 12th December in which Larratt picked up his second win of the year against the legendary John Brzenk. Now, ‘No Limits’ Larratt has turned towards taking on the “Georgian Hulk’ Levan Saginashvili. While there were initial speculations whether the match would take place, it is now confirmed after Saginashvili signed his contract and the match will be heading for the fourth edition of King of The Table on 25th June!

KOTT 4: Devon Larratt and Levan Saginashvili to face each other in the biggest arm wrestling match of 2022

Devon Larratt proved once again why he is currently above everyone else when it comes to arm wrestling, as the Canadian puller secured his second victory of 2021 with a dominating performance against one of the best ever in the sport- John Brzenk, in the main event of King Of The Table 2 on 11th December in Dubai. However, ‘No Limits’ Larratt is truly keeping true to his nickname as he wasted no time in deciding his next opponent and called out Levan Saginashvili.

The main event of King of the Table 2, which took place at the Millennium Place Barsha Heights in Dubai, United Arab Emirates, featured the highly awaited rematch between Devon Larratt and John Brzenk. The two arm-wrestling giants were last seen against one another back in 2015 when Brzenk defeated Larratt at the World Armwrestling League to become the Right-Handed Champion (Heavyweight Division). This time, however, Larratt was able to avenge the loss, overpowering Brzenk to a 4-0 result.

Following his win over Brzenk, Larratt called out Levan Saginashvili to a matchup next year. “Levan, is (an) Everest in the sport”, Larratt said, “and I have a legacy hammer that is calling for him, and I have to do my very best to keep that thing in Canada, but its a strong pull to Georgia and that is absolutely my mission to face Levan Saginashvili. Levan, keep getting bigger, buddy. Keep getting bigger.”

Levan made his professional arm wrestling debut back in 2012 at the Georgian National Arm-wrestling Championship, where he finished in second place with his right hand in the Senior Men from 100kg weight class. In 2013, he won the World Police and Fire Games Gold medal in arm-wrestling in Belfast, Northern Ireland and in the same year, was also bestowed with the merit of the first degree by The Ministry of Internal Affairs of Georgia

The next year, Levan won the Georgian National Arm-wrestling Championship with both arms in the 100kg category and repeated the same result at the 36th World Armwrestling Championships 2014 (WAF) which was hosted in Vilnius, Lithuania. In his first WAF tournament, Levan triumphed in the 100kg weight class with both his left and right arms. Levan has completely dominated his opponents on the table, especially in his most recent matches. In 2018, he defeated Dmitry Trubin 6-0 at the Vendetta All Stars #50 in Rumia, Poland.

The towering 6 feet 3 inches, 170 kg arm wrestler’s nickname is fitting for his stature and the attitude he brings to the table. Dedicated fans who are well known about what Levan has accomplished in the sport, have been waiting with bated breath to see him pulling the top arm wrestlers across the globe and with none other than Larratt calling him out, chances are we will definitely get to witness Larratt vs Saginashvili headlining the third edition of King of the Table.