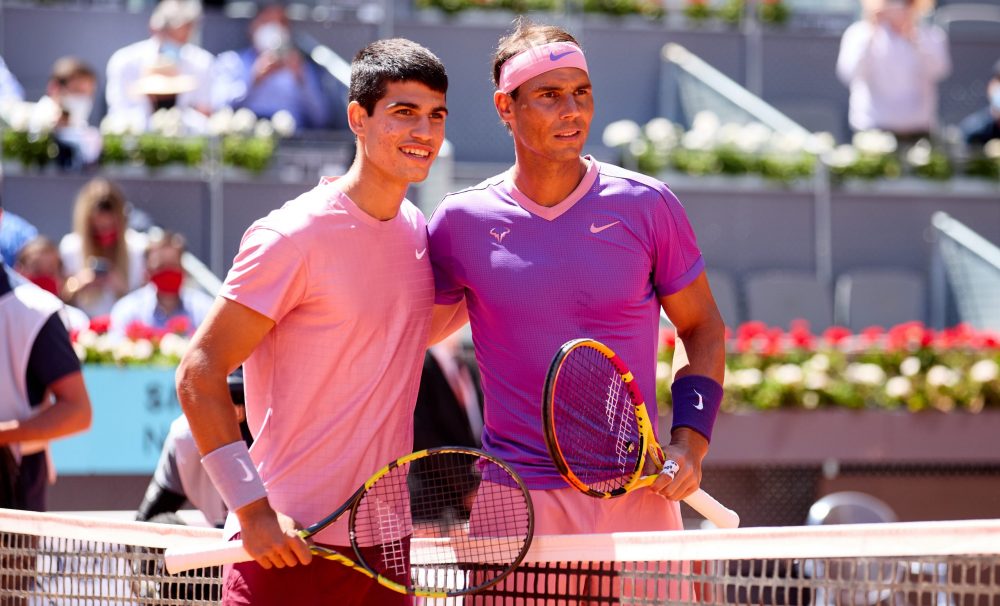 The stage was set for Alcaraz.

It was the biggest tennis tournament in Spain, his home country. And in front of him was the King of clay and childhood idol Rafael Nadal. Not to mention the fact that this was his 18th birthday. What more could a teenage tennis sensation want?” A win perhaps” comes Alcaraz’s cheeky reply.

And while it was the most momentous of days of the youngster’s life, a win still wasn’t within his reach as Rafa, the humblest of people off-court, brought to the fore his ruthless on-court persona to dismantle the teenager’s challenge in straight sets 6-1,6-2.

“It helps you grow,” says Alcaraz after the game-

Fans at Manolo Santana Stadium sang ‘happy birthday’ as Alcaraz stepped onto the court against his childhood idol.

Alcaraz set the tone early on and pushed the Barcelona winner to break point in his first service game. But the World No. 2 held firm and powered his way to a break in the next game, taking a 2-0 lead. Alcaraz did well to stay toe-to-toe with the five-time champion, but he over-extended himself on a backhand lob at 2-0, 15/15 after a long rally and needed a medical time out.

Nadal reeled off the next three games as Alcaraz struggled to regain his footing, and the top seed claimed 12 of the last 15 points to close out the opening set.

Too many unforced errors undid the teenager’s efforts, and Nadal’s clinical performance didn’t allow him to find his rhythm in the second set. With Spanish fans willing Alcaraz on, the wild card broke Nadal’s serve at 3-1. But Nadal broke straight back, and closed out the victory after an hour and 13 minutes.

However, this was a match that was always going to be so much more than just results. And once, the battle on the court had ended, came perhaps Alcaraz’s best birthday present.

As,Nadal and the tournamnet director  Feliciano Lopez arrived on court with a birthday cake and the legend himself snuffing out candles for the young Alcaraz in a picturesque Spanish backdrop and in that moment,the teenage sensation would have realized that he would be leaving Madrid with great memories and even greater lessons.

“I think I could have done more in this match, but at the end of the day, it’s Rafa,” Alcaraz reflected in his post-match press conference. “Playing against Rafa for the first time is never easy. The first or the hundredth time, it’s never easy. But honestly, just to be able to play against Rafa was super special.