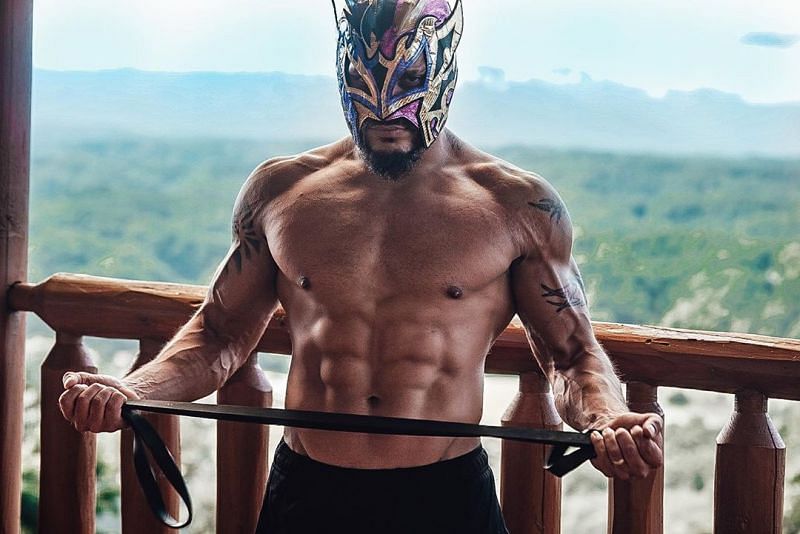 Emanuel Alejandro Rodriguez, better known as his in-ring name Kalisto during his stint with WWE, is set to make his debut as a boxer with Triller Fight Club.

A former WWE United States Champion, Kalisto was released by the promotion on 15th April after spending 8 years with the company. Days after parting ways with WWE, the Mexican-American pro wrestler took to Twitter to tease his boxing debut.

Kalisto to go back to his old name for boxing debut

On Wednesday, Kalisto tweeted a cryptic post that includes a short, five-second clip of himself donning the gloves, which also referred to him as “Samuray Del Sol”, the name he used before joining WWE, with the video ending with the text “Coming soon”.

Along with the clip, he used the Triller hashtag in his tweet, which highly suggests that the 34-year-old boxing career will kick off with the combat sports company which partnered with famous American rapping icon Snoop Dogg, has gained a massive fan following after marking some big achievements in the boxing fraternity.

Back in November last year, Triller became the media partner for the highly anticipated exhibition bout between Mike Tyson and Roy Jones Jr that took place at the Staples Center which also featured Jake Paul vs Nate Robinson in the undercard.

Just on their inaugural event, Triller surpassed UFC 251 as the most-bought combat sports PPV of 2020, with an astronomical 1.6 million buys in total. The company also promoted the recent boxing match between Jake Paul and Ben Askren and has also won the bid for the upcoming Teófimo López vs George Kambosos Jr on 6th June.

After spending nine years in the independent circuit with appearances in AAW and Lucha Libre AAA Worldwide and various other promotions, Kalisto joined WWE in May 2013 after signing a developmental contract.

Under his new ring name, Kalisto made his NXT debut against Baron Corbin at a live event in September, followed by his first television appearance with his new tag team partner El Local, defeating the Legionnaires (Marcus Louis and Sylvester Lefort) in May 2014.

Kalisto gradually teamed up with Sin Cara to form “The Lucha Dragons” and became the NXT Tag Team Champions. He made his Raw debut in March 2015 alongside Cara and in the same year, defeated Alberto Del Rio to become the United States Champion. After losing the title to Del Rio, Kalisto wound regain it for the second time in their rematch at Royal Rumble.

In October 2017, Kalisto defeated Enzo Amore in a Raw main event lumberjack match to become the new WWE Cruiserweight Champion but lost the title in the rematch in the same month at TLC: Tables, Ladders & Chairs. Before his release from WWE, Kalisto was part of a trio called “Lucha House Party” featuring Gran Metalik and Lince Dorado.

Previous articleA birthday lesson for Alcaraz as Nadal storms into the Madrid Open 2021 QF’s
Next articleHe’s gonna get better: Eric Bischoff outlines which WWE star is the ‘future of WWE’