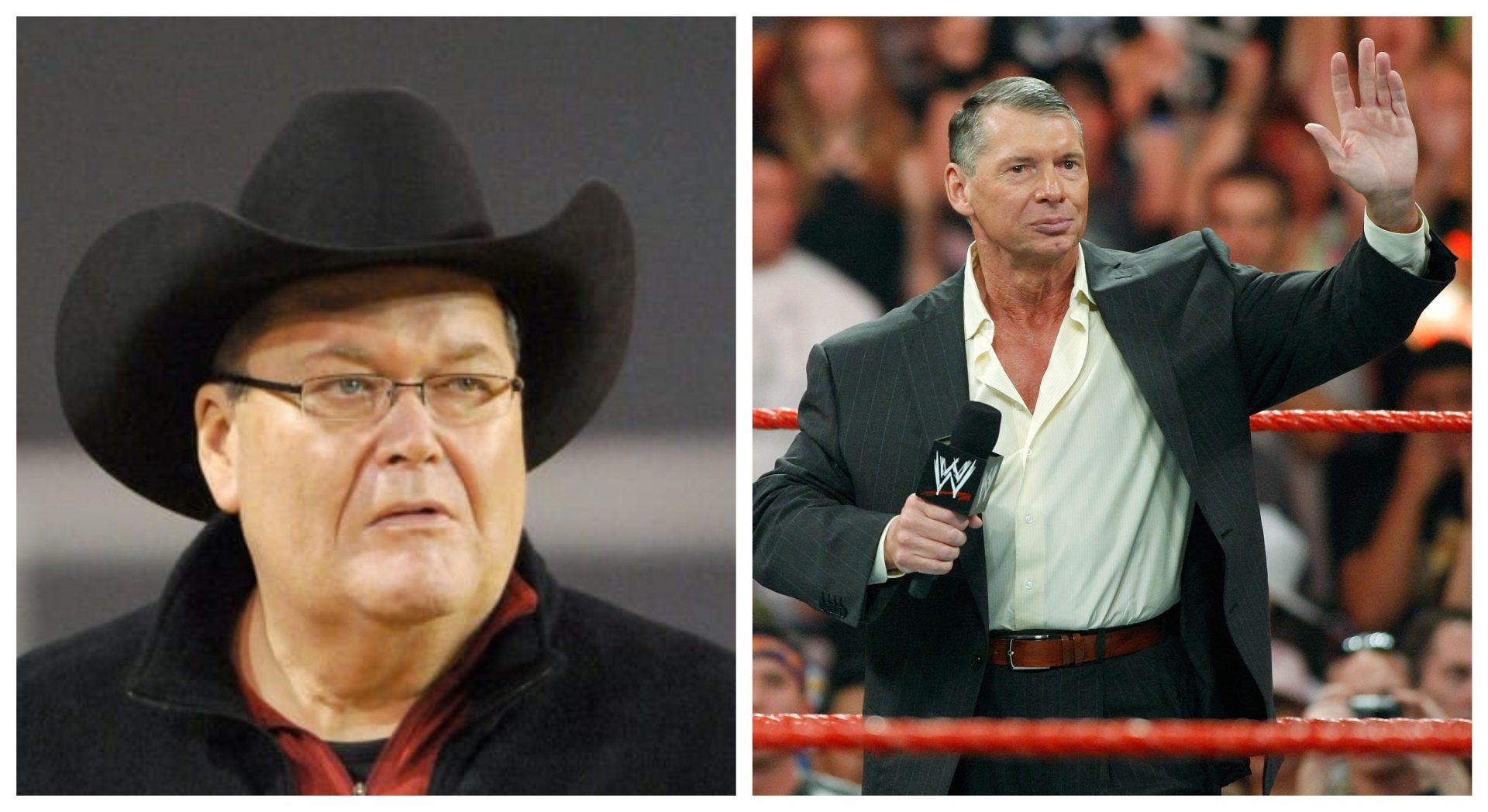 The now-defunct promotion, which was founded in 1988 by media tycoon Ted Turner, saw a flock of future WWE Hall of Famers joining the roster after WCW merged with McMahon’s brand in March 2001.

One of the biggest names coming from WCW that became a household name in WWE was none other than Rey Mysterio, alongside Sting, Eddie Guerrero, Ric Flair, Hulk Hogan, Scott Hall, Kevin Nash and Goldberg.

However, as Jim Ross elaborates, it was Goldberg who peaked McMahon’s interests, much more than the others, but he did add that Sting would be coming in close as the CEO’s second favourite out of WCW.

“He (Vince McMahon) was very interested in Goldberg,” Ross said on the latest episode of Grilling JR podcast, “I don’t think he was not interested in any of those stars like Flair, Hogan, Sting, Nash, Scott Hall, he was just more invested in some others than not.”

“If I had to say one guy, for me the one guy would’ve been Sting followed by Goldberg, for Vince it was Goldberg then Sting later on. I’m assuming this is somewhat accurate,” the AEW commentator added.

Needless to say, Goldberg did not let McMahon’s interest die down, as the future Hall of Famer would go on to become the World Heavyweight Champion in 2003, as well as Universal Champion twice.

ALSO READ: Goldberg feels wrestling fans have grown to be less respectful over the years

Jim Ross reached out to Rey Mysterio before WCW-WWE merge

Speaking about the 2001 merge, Ross, who was the Head of Talent Relations at that time, had spoken to Mysterio himself about the new contract he would be landing after switching to WWE and wanted the cruiserweight wrestling legend to wait out his deal.

“You’re getting paid more guaranteed from WCW than I can offer you,” Ross had told Mysterio at that time, “we had a long talk, he came up to me to see me and that’s what I told him. I’m going to sign you, I’m going to pay you fairly, you’re going to make so much more money than you’re guaranteed that this won’t even be a relevant conversation in a year.“