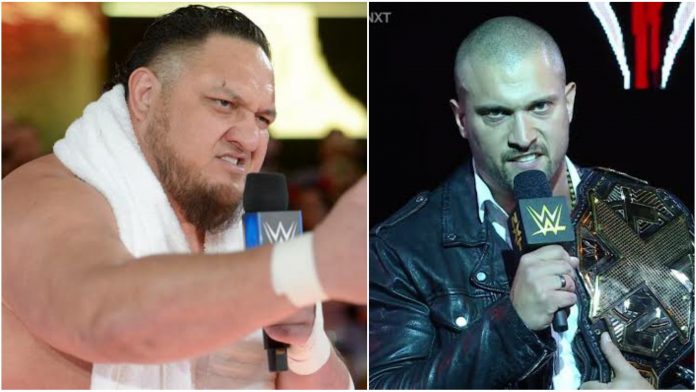 The former NXT Enforcer Samoa Joe is set to make his in-ring return at NXT TakeOver 36 when he will be going up against Karrion Kross for the NXT Championship. He recently made a shocking return to the gold and black brand and now he is confident of beating Kross at the pay-per-view.

‘The Samoan Submission Machine’ joined the WWE After the Bell podcast to discuss his upcoming NXT Championship match this month. 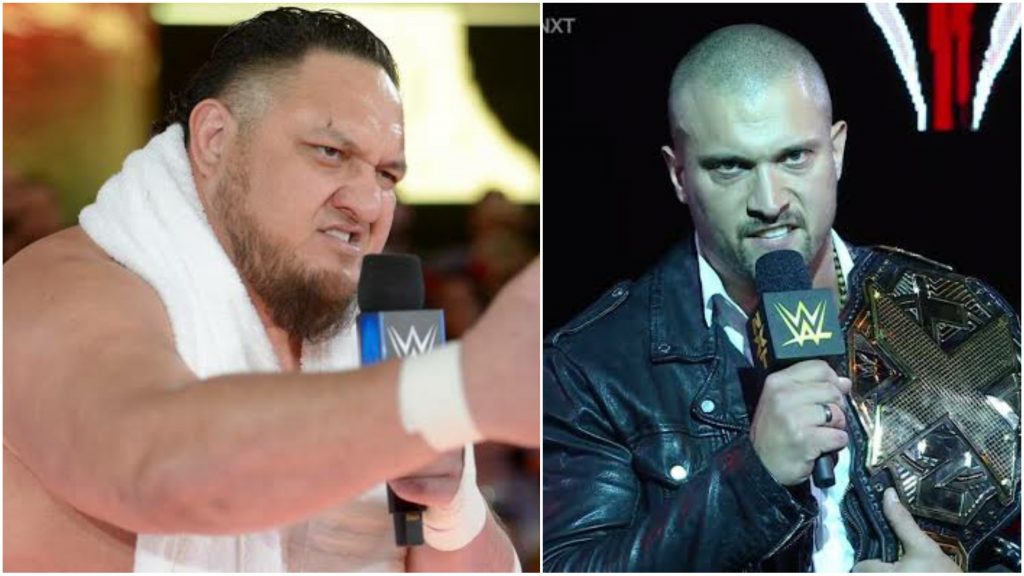 Ahead of his match, Joe spoke about his opponent Kross. He went on to laud the NXT Champion

He said: “Karrion Kross without a doubt, extremely dominating force.” Joe noted how Kross has “been an absolute beast of a champion.”

However, Joe is brimming with confidence to defeat him. He said: “I’m going to beat the breaks off of him. I’m going to put all my hands on him, I don’t know when I want to do it but I know this, it’s going to be a lot of pummeling strikes to the head and face area.”

He added: “I’m going to probably do my best not to wear out my right foot when I’m whipping his ass with it all over the ring. I’ll see how it holds out. I’m going to set some things right, you’re big, you’re bad, obviously got a lot of eye candy ringside with you. It’s going to be fun.”

Samoa Joe to make his in-ring return against Karrion Kross 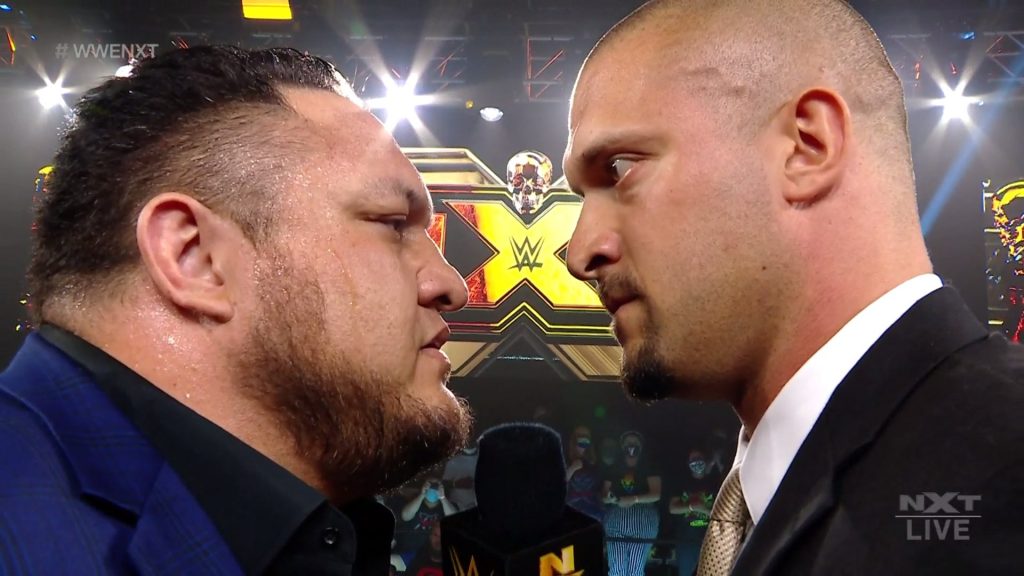 Samoa Joe served as the NXT Enforcer upon his return with a clause that said he will not lay hands on the performers or get in the ring for a match ‘until provoked’. It was the NXT Champion Karrion Kross who went on to assault both Joe and NXT General Manager William Regal. Thus, Joe told him to consider him ‘provoked’.

On this week’s edition of NXT, Joe brought in a contract for the NXT Championship match at NXT TakeOver 36 and it was made official by Regal after Joe quit as the NXT Enforcer to lay his hands on Kross.

This will mark Samoa Joe’s first match in NXT since 2017. The match will be his first match for WWE since February of 2020 where he teamed with Kevin Owens and The Viking Raiders to take on Seth Rollins, Buddy Murphy, and The AOP. He had suffered an injury that had sidelined him for over a year now. But now, he is set to make his mark once again.