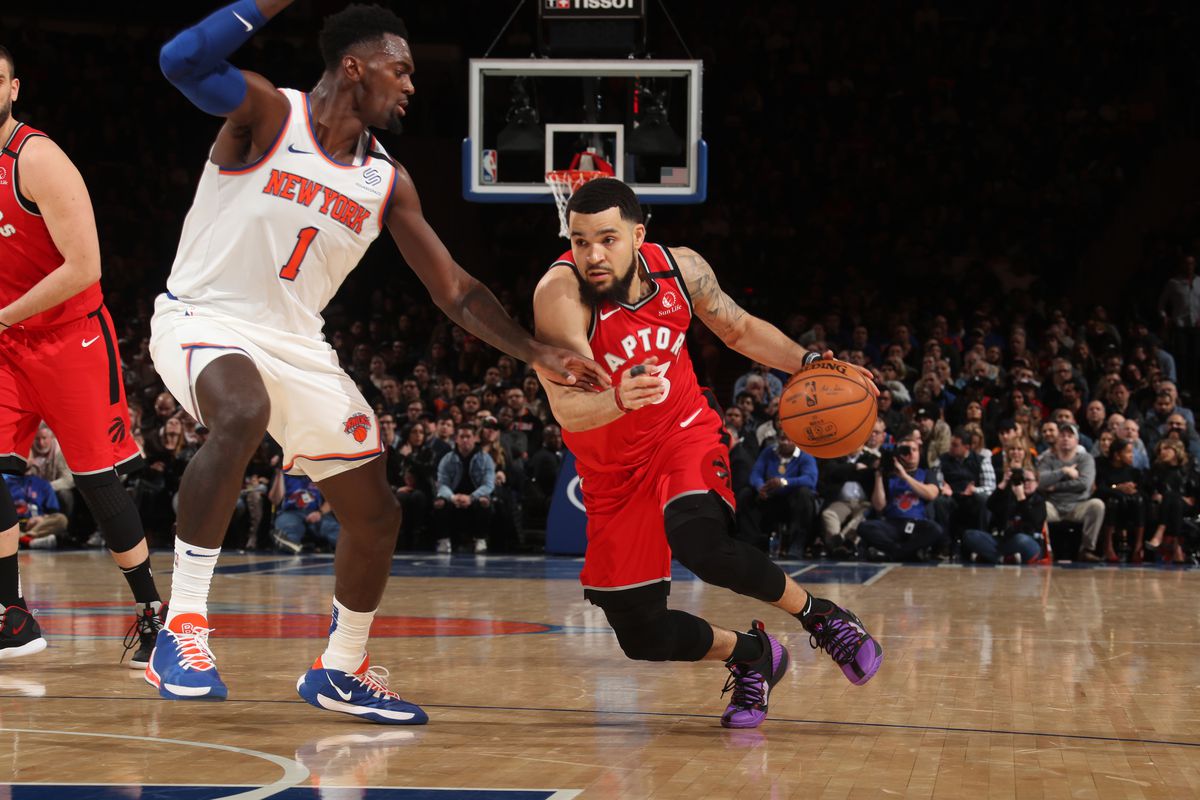 The New York Knicks are reportedly planning to offer Toronto Raptors star Fred VanVleet a deal worth over $22 million per season, ahead of the 2020-21 NBA season.

The market for VanVleet is going to be hot once free agency opens in October. The unrestricted free agent and 2019 NBA champion is expected to pursue all of his options this offseason, but the New York Knicks are reportedly going to offer him a hefty deal.

The Knicks are one of three franchises along with the Detroit Pistons & the Phoenix Suns that could sign VanVleet for the upcoming NBA season.

The signing of Fred VanVleet would be a huge statement for the Knicks. The guard has had a couple of successful season with the Raptors and have been more successful than the Knicks in recent years, including winning their first-ever NBA title and would be a difficult task to secure the bag this offseason. The Knicks may have their work cut out for them with COVID-19 likely impacting the salary cap.

Nevertheless, the Knicks should try and sign VanVleet because he would add value to the team. His style of play, leadership, and experience are all traits that rebuilding teams look for when creating a thriving and fresh environment.

The front office hasn’t managed to draft well in recent history most recently by picking Kristaps Porzingis, they failed to keep the Latvian at the Madison Square Garden. Many NBA trade rumors have linked the Knicks with high-profile free agents but they haven’t managed to deliver any so far.

HOW CAN YOU NOT LOVE THIS TEAM pic.twitter.com/mBHW1caW6x

Raptors championship guard Fred VanVleet was on fire during the NBA’s bubble Playoffs in their series vs Brooklyn Nets and the Celtics, but were eliminated in the East semis and were unable to repeat their feat from a year ago.

VanVleet is also a shoe free agent and has multiple suitors for a new deal. On the court, a strong competition is expected.

The New York Knicks could have upwards of $40 million in cap space this offseason, which heavily depends on what they do with the 2020-21 team options they hold on various players.

Fred VanVleet earns less than $10 million right now and will be looking to secure a mega deal this off-season.

VanVleet is in the final year of his two-year, $18 million deal with the Toronto Raptors. He’s been with Toronto since the 2016-17 campaign.