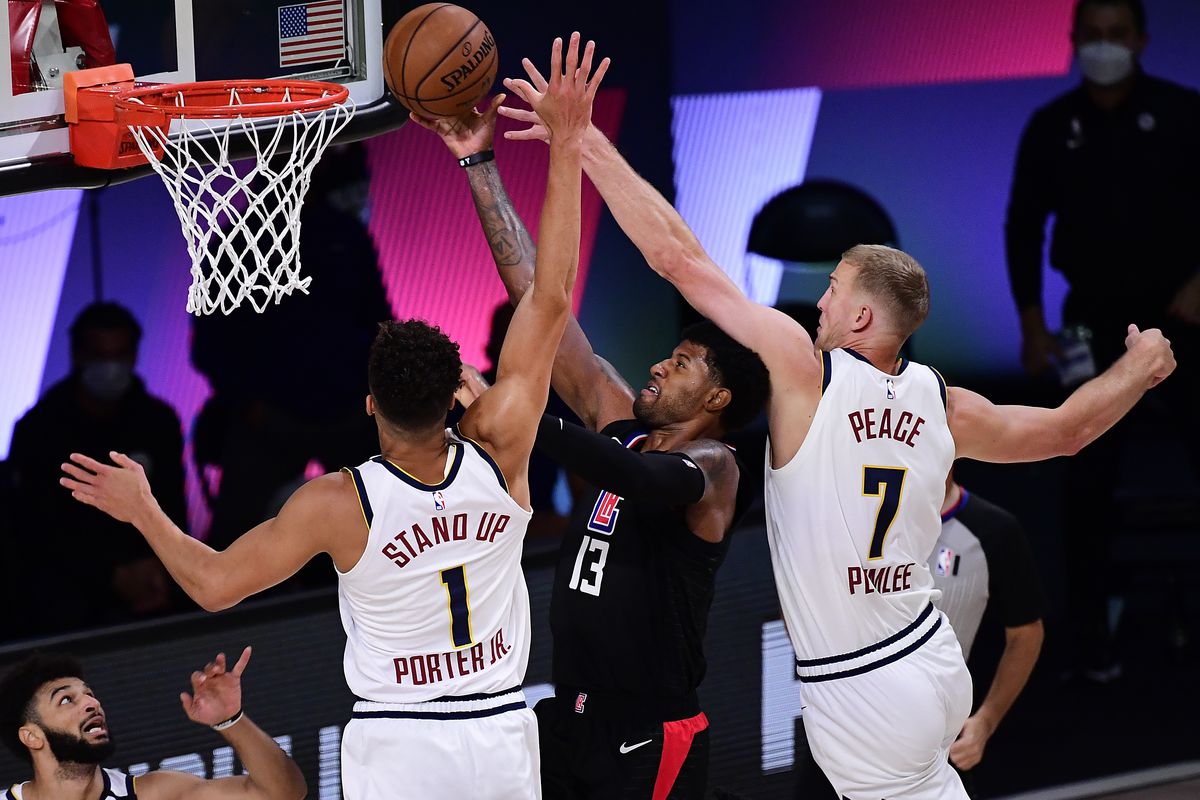 The Nuggets beat the Clippers to advance to the Western Conference Finals and became the first team in NBA history to come back from consecutive 3-1 series deficits in the same postseason.

Jamal Murray outscored both Kawhi and PG in Game 7. pic.twitter.com/IdFhyRJbt1

Nuggets beat the Clipppers 104-89 to advance to face the LA Lakers in a repeat of the 2009 Western Conference finals.

Nikola Jokic joins Kevin Garnett and Tim Duncan as the only players with a 20-rebound triple-double in a playoff game since the NBA-ABA merger.

Jamal Murray scored 40 points and was assisted by Garry Harris and Nikola Jokic who combined for 30 points.

The Clippers simply didn’t show up in the second half suffering in their shooting and being outscored, 50-33.

Paul George and Kawhi Leonard disappointed in Game 7 turning up with only 24 points. Montrezl Harrell top-scored with 20 points.

The Clippers will be hugely disappointed after being termed as favourites to win the NBA title this year, but now will have to go back to the drawing board as their wait for a Western Conference final continues.

The NBA Eastern Conference finals in an action-packed game as Bam Adebayo’s block on Jayson Tatums dunk attempt in the final seconds edged the Boston Celtics, 117-114 in overtime to take a 1-0 lead on Tuesday.

Miami started the series on the wrong end of an 8-0 run and trailed by as many as 13 points in the first quarter. Butler finished with 20 points on 7-for-14 shooting, but the Heat’s most important offensive player for much of the night was Goran Dragic, who had 29 points on 11-for-19 shooting. Miami outscored Boston 35-35 in the final frame and 11-8 in overtime.

THIS ANGLE 🤩@Bam1of1 with the GAME-SAVING BLOCK for the @MiamiHEAT! #PhantomCam

Jae Crowder scored 22, Jimmy Butler scored 20 and Adebayo had 18 for the Heat.

Tatum scored 30 points for the Celtics, Marcus Smart had 26 points, Walker had 19 and Jaylen Brown added 17.

“At any point in time, but definitely in the fourth, definitely in overtime. I’m telling my teammates, my coaches, this organization, they have a lot of faith in me, so I try to come through as often as I can”, Butler said in his postgame interview.

The Celtics have some stuff to figure out, mainly in terms of how they want to deal with the 2-3 zone and Adebayo’s switches against Walker. In a general sense, though, their offense looked healthy, and if Gordon Hayward is back for Game 2 on Thursday, everything should be a bit easier.

Previous articleWar on the flank: Tottenham Hotspur and Manchester United set for transfer war over Sergio Reguilon
Next articleRenee Young reveals the reason behind her departure from WWE

Honoring The Late Bill Russell, NBA Permanently Retires No. 6 Across The League