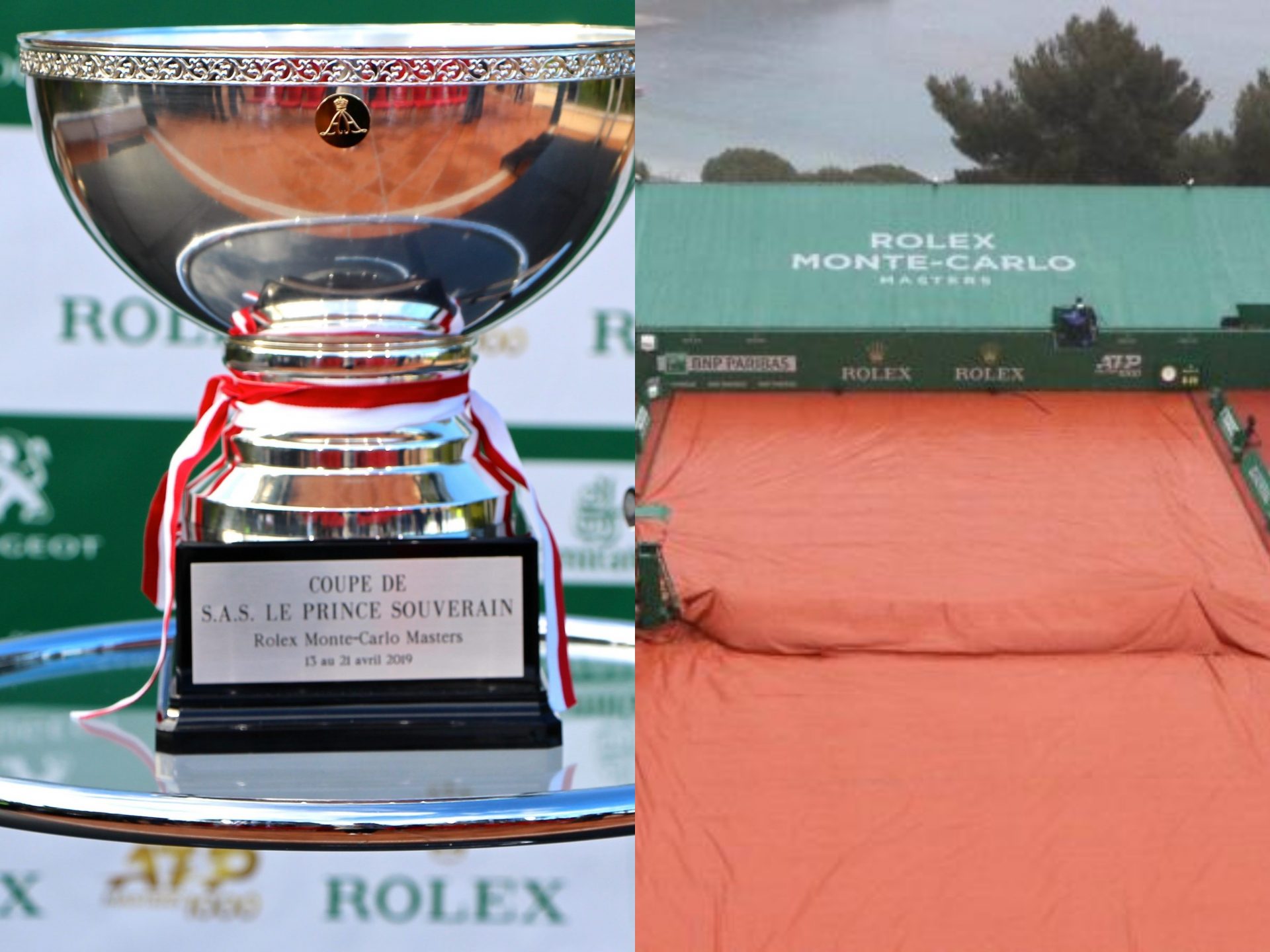 Day 3 of the Monte Carlo Masters promises to be an enchanting affair after rain washed most of the play on day 2.

With only four of the scheduled 16 matches able to be completed on Monday – Tuesday promises a packed slate of wall-to-wall ATP Masters 1000 action. The prime attraction of the day remains a battle of NextGen’s between Stefano Tsisipas and the rising Russian star Aslan Karatsev.

Also in action would be the former champion Fabio Fognini and the teen sensation Janik Sinner.

The second day of the Monte Carlo Masters ended early on Monday (April 12)) after rain led to the suspension of a host of matches at the ATP tournament.

Organizers decided at 1915 local time (1715 GMT) to move the matches that could not be finished to Tuesday after play was suspended twice and only four of Monday’s 13 scheduled singles matches were completed.

When play was brought to a halt for the second time Canada’s Felix Auger-Aliassime was leading Chilean Cristian Garin 4-2 in the opening set.

Tsitsipas ready for the Karatsev challenge-

Fourth seed Stefanos Tsitsipas starts his Monte Carlo campaign in the second round, and he’ll have to hit the ground running as he is scheduled for both singles and doubles alongside Petros Tsitsipas.

It’s a good thing that the 2020 Roland Garros semi-finalist has been working on his physical conditioning ahead of the year’s first clay-court Masters 1000 event, as he will face the in-form Aslan Karatsev in his opening match.

“I’ve practiced a lot of days on clay. I’ve been feeling well,” Tsitsipas told the press before the tournament. “My body is in good shape. Currently, I feel like I’m working a lot on my physicality when I play friendly matches on clay. I think that’s going to be the most important aspect in my game during the clay-court season.”

His opponent, Karatsev is making his first appearance at an ATP Tour clay-court event this week, and successfully navigated a tricky Monte Carlo debut.

On Monday, he beat the rain and defeated #NextGenATP Italian Lorenzo Musetti on the way to the second round.

The Russian player has seemed unflappable throughout a red-hot start to the season, which saw him make a stunning run from qualifying to his first Grand Slam semi-final at the Australian Open.