Kyrie Irving to miss a seventh straight game for the Nets, expected to return against Cavs 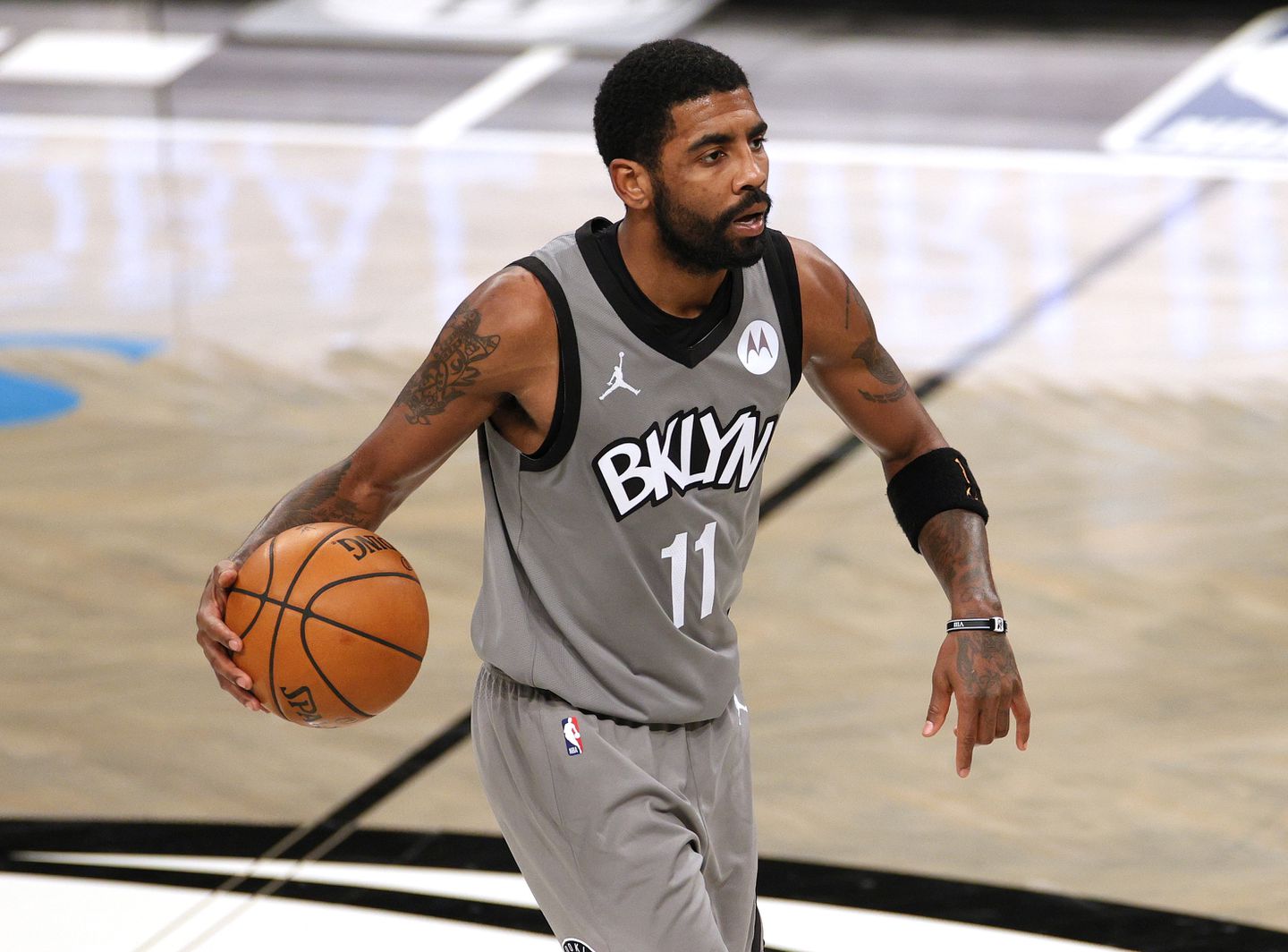 Brooklyn Nets have been the talk of the town ever since their audacious move for James Harden from the Houston Rockets. However, the highly-anticipated trio of James Harden, Kyrie Irving and Kevin Durant are yet to appear on the court together with the star guard missing out the last six matches for the franchise.

From the looks of it, Irving is set to miss his seventh straight match and as a result, won’t be part of the squad to face the table-toppers, Milwaukee Bucks. The player had initially withdrawn from the squad due to personal reasons but then had to complete a quarantine period after attending a family birthday party without a mask at a private venue.

While his 10-day quarantine is complete, the 28-year-old and the team still believe that he is ready to play a game after the brief period off. However, after seven games, he is expected to return his former side, Cleveland Cavaliers on Wednesday. They will play the Cavaliers once again on Friday.

It could potentially mark the first outing where the trio of Harden, Durant and Irving can play together on the court.

“So Irving’s return to the Nets and debut alongside Kevin Durant and James Harden likely comes with Wednesday and Friday games in Cleveland. Irving has only returned to play once there since his trade to Boston in the summer of 2017 — on opening night in October of that season,”

Steve Nash clarifies the stance behind Irving’s absence and return

Brooklyn Nets head coach Steve Nash cast his doubts behind Irving’s participation for the game against the Bucks.

“Hopefully, we’re close. I can’t really give you a firm update on that,”We have to assess that as we go. We do want to make sure he ramps accordingly so that he’s not susceptible to unnecessary injury and protect him the best we can. But hopefully, it will be a short period of time. That is to be determined, though.” Nash told the reporters ahead of the game.

The coach went on to add that he is certain it won’t take time for the player to be back to his best.

“I don’t worry about Kyrie falling out of rhythm,” Nash said. “He’s a brilliant basketball player. When he comes back, I’m sure it won’t take him long to be himself.”