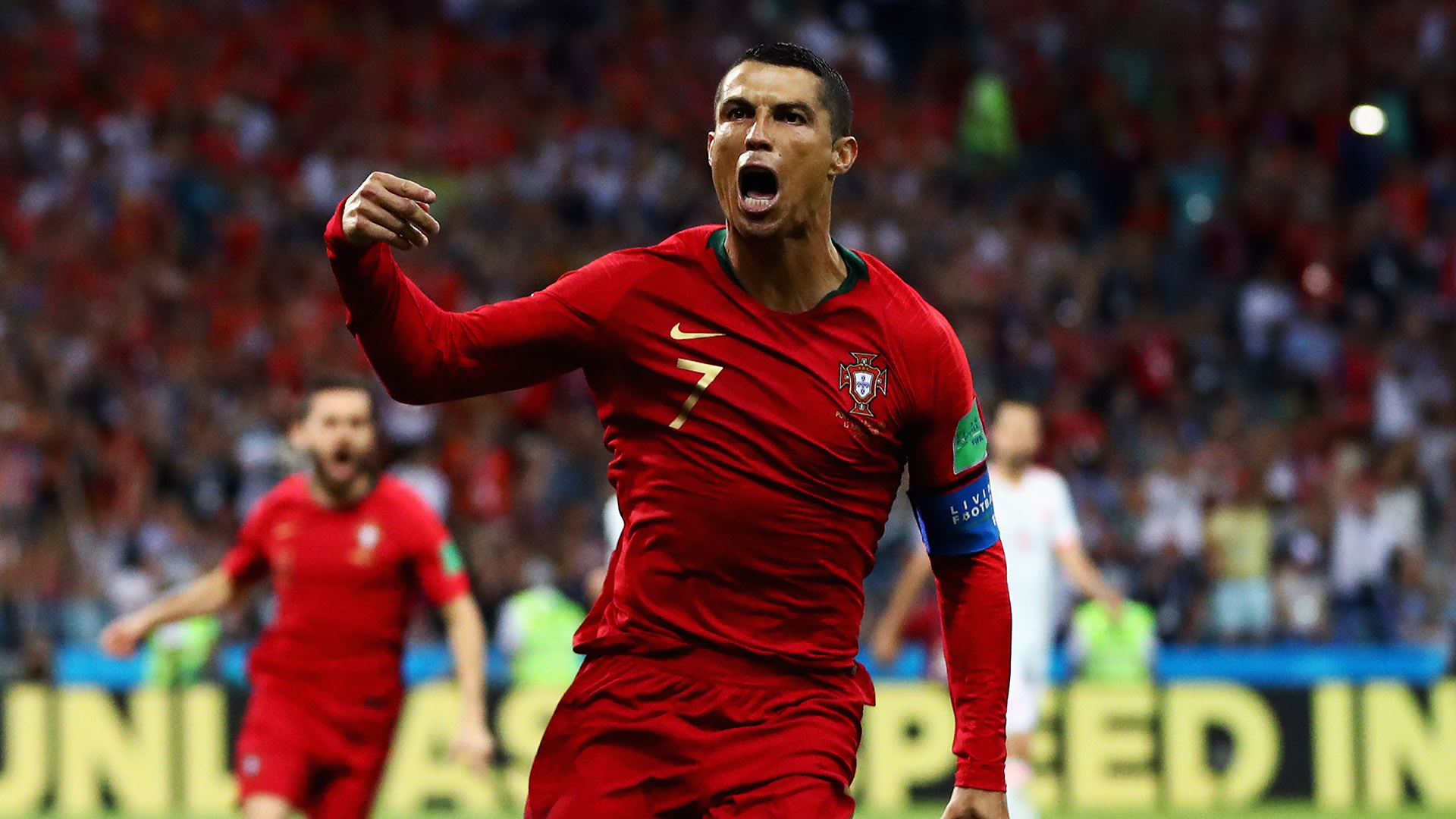 Cristiano Ronaldo has completed a century of goals for Portugal and is now just 8 goals behind the all-time international top scorer Ali Daei of Iran who stands at 109 international goals.

The year was 2003. A pre-season friendly between Manchester United and Sporting CP which was supposed to be a routine rollover for Manchester biggies saw the emergence of a lanky kid who tormented the best defenders at the tender age of 18. At the beginning of that encounter, no one had heard of Cristiano Ronaldo but by the end, everyone knew about him.

And now that lanky kid has transformed into a legend, a legend which even at 35 continues to amaze, enthrall and most importantly make us believe that irrespective of where or in what circumstances you are born, you can be the best.

Choosing the best moments of a career that is adorned with stunning freeKicks, tremendous backheels, tormenting step overs and the towering headers is surely a herculean task. But still, there are times when all seems lost and the opposition is at the top. And then the magic of Cristiano Ronaldo happens. Here’s a look at some such moments and goals by CR7 for his country.

The year was 2016. The year when Portugal broke an eternal deadlock to get their first international trophy. But, not many remember that it started as a pretty dab tournament for CR7 and company and they were on the verge of going home with 2 draws and trailing by 1-2 in their third encounter against Hungary.

But then CR7 happened.

A Joao Mario cross in the box saw a tremendous backheel flick from CR7 to start the Portuguese resurgence. The goal had everything that Ronaldo is known for. Tremendous awareness, a magical off the ball movement, and the trademark dab of magic that we have come to enjoy over the years.

Not necessarily his best effort when it comes to aesthetics, his strike to bring up 100 goals for Portugal is right at the top when it comes to showing what Cristiano Ronaldo stands for. His eye for excellence, his constant will to improve even at 35, and most importantly his ability to bounce back in style.

Up against Sweden in UEFA Nations League, Portugal was left frustrated after 44 drab minutes. Before a CR7 panaeka, free Kick in the top right corner left not just the Swedish goalkeeper but the whole world mesmerized. It was a  particularly fitting way to bring up an iconic landmark given that he has been widely criticized for his free-kick abilities lately.

His bicycle kick against Juventus surely has become stuff for legends but not long before that Ronaldo executed a similar effort against Faroe Island in 2017. And while it may lack the dazzling height of his latter effort, this goal made for it in being much more aesthetically pleasing, coming in at a much tighter angle.

A truly remarkable and memorable goal against Ecuador: a run off the back of the defender, latching on to a back-heeled pass, lifting the ball back over the same defender in sombrero fashion before unleashing an unstoppable half-volley across the face of goal and into the far corner of the net.

Once again it showed that why Ronaldo is one of the finest talents of our times. The control, the calm, the poise, the volley.A masterpiece.

It was the inaugural day of the 2018 World Cup and Spain was up against Portugal in what was supposed to be a battle of giants. And Portuguese did start at the top and were leading for large parts of the match before a Spanish comeback saw Ronaldo and company a goal behind with just 4 minutes on the clock.

However, a Spanish foul in the 87th minute gave Portugal a chance, an outside chance. It was a freekick at 30 m.Against Spain.In the 87th minute of a Fifa World Cup.Up against the world’s best goalkeeper. And Ronaldo hadn’t scored a free kick in a long long time.

And, once again the Portuguese talisman stood up. Rolling up his shorts, taking a few calming breaths as the entire world watched in anticipation, Ronaldo placed an epic kick on the ball. The ball swerved, just cleared the wall, looked to be missing the net altogether before going into the top left corner with a final flourish. De Gea was never the same after that epic night.

The legacy of Cristiano Ronaldo-

It is not about the goals. Not about the epic stepovers.Or the stunning freekicks.Or the trophy-laden cabinets.

It is about the legacy a champion leaves. Not often does a player come who makes us marvel and dream and believe every day. The Ronaldos and the Messis  and the Federers bring out that side of we mortals, the one which we ourselves don’t know. They are modern superheroes.

Everybody loves a hero. People line up for them…cheer them…scream their names. And years later, they’ll tell how they stood in the rain for hours just to get a glimpse of the one who taught them to hold on a second longer.