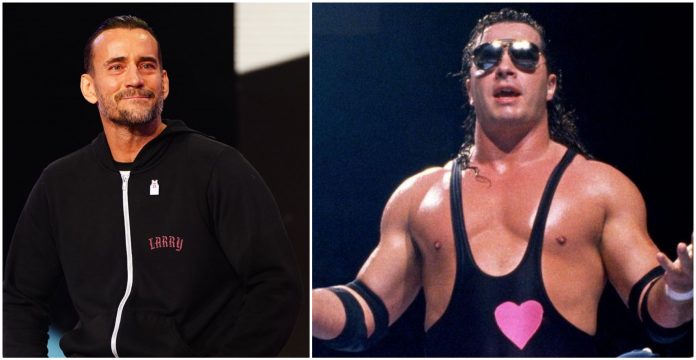 CM Punk recently made his debut in AEW and has been the center of attraction in the promotion lately. The fans are loving to witness the Chicago native back in the pro-wrestling industry and they are gearing up for his in-ring debut for AEW at Sunday’s All Out pay-per-view. Ahead of his match against the former AEW TNT Champion Darby Allin, CM Punk decided to pay tribute to wrestling icon, Bret ‘The Hitman’ in his style. 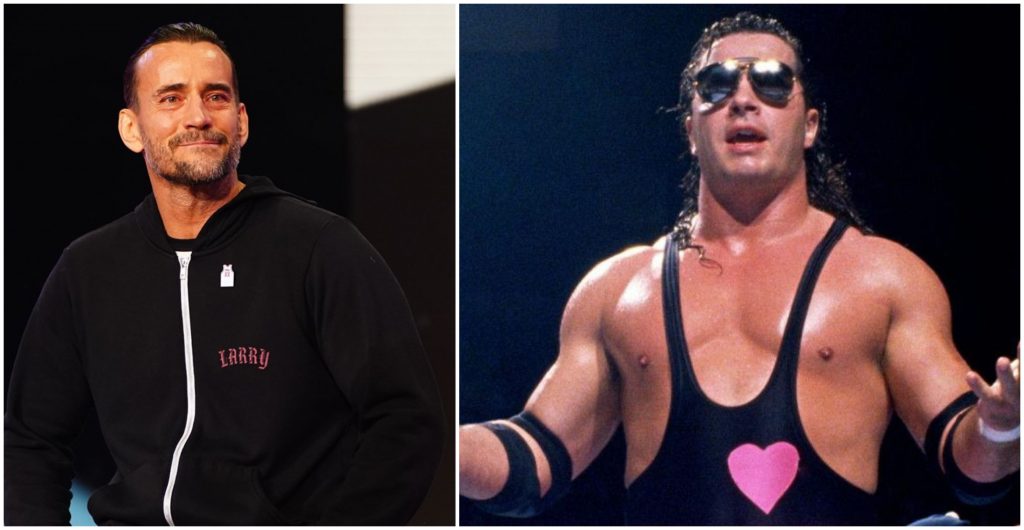 CM Punk had joined the commentary desk on the latest edition of AEW Rampage and pulled off a great work. But, that was not the only thing that amused the fans. He was seen sporting the Bret Hart t-shirt and the back of the shirt quotes French painter Georges Braque, who once said: “Art is a wound turned into light.”

The quote is placed alongside the text “11.9 97 MTL” to signify the date and location of Survivor Series 1997. The front of the shirt has Bret Hart’s initials and a heart symbol.

If you are willing to purchase the t-shirt, make sure to click here

The description of the product can be read below:

“Each time I glanced into the rearview mirror, the black around my eyes bigger and darker. Every once in a while Tom [the “Dynamite Kid” Billington] and I would look at each other with a silent acknowledgement that we had just worked our greatest match. When I think it now, a quote from Georges Braque comes to mind: ‘Art is a wound turned to light.’ To my mind that is also the beauty of pro wrestling.” –Bret Hart

The artist of the squared circle. The man in pink. The strutting, inimitable game changer Bret “Hitman” Hart, who in 1997 held the world of pro wrestling in his hands. That was the year of the infamous “Montreal Screwjob.” Still one of the most talked about events in the annals of pro wrestling.”

You know what time it is 😤 Your main event is up next on #AEWRampage pic.twitter.com/3YhzCEIrmH

Chris Jericho and CM Punk together in 2021 🔥 #AEWRampage pic.twitter.com/nEyhy7geDR