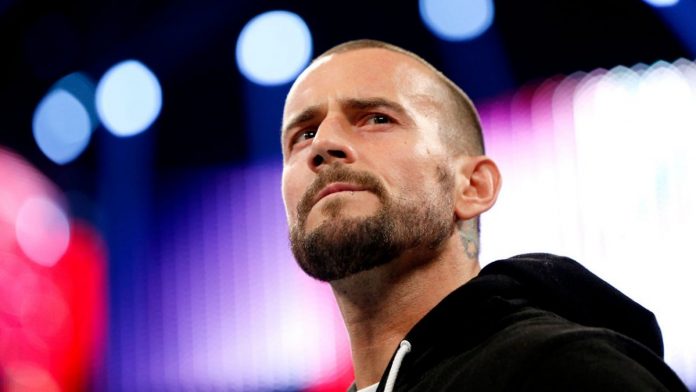 CM Punk made a massive return to pro-wrestling after a wait of seven long years. After months of speculation, he made his AEW debut at Rampage: The First Dance. But, some were over-confident when it came to predicting his return. It should be noted that anything can happen in the world of pro-wrestling.

Earlier this year, a fan on Twitter swore to eat both his shoes if CM Punk ever returned to pro wrestling. The tweet was posted on July 19, a day after WWE Money in the Bank pay-per-view at Dickies Arena in Fort Worth, Texas.

CM Punk sends a message to the fan 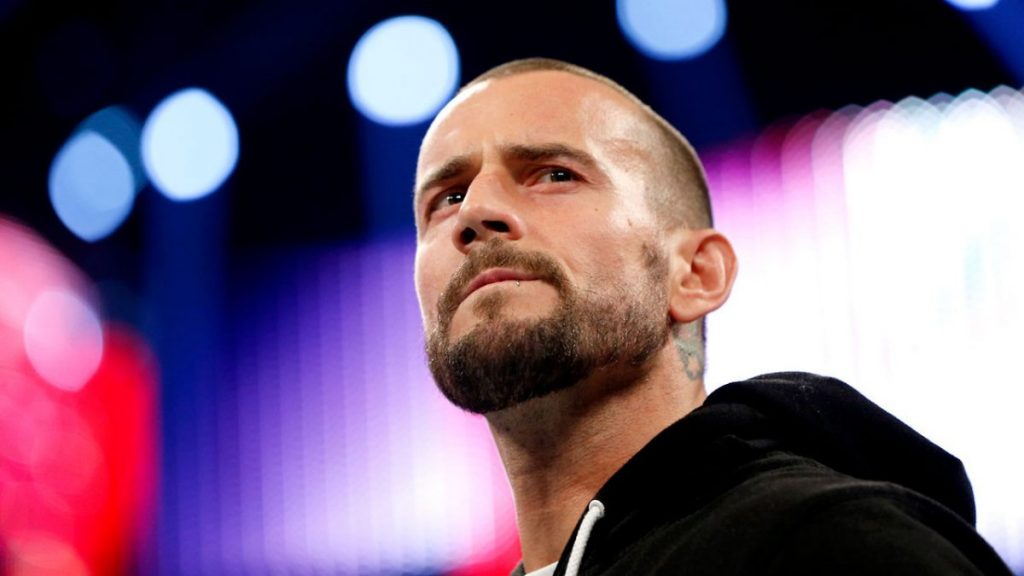 The fans at MITB had passionately chanted for CM Punk, prompting the fan to predict that Punk was “not coming back” and that he would eat his shoes if proven wrong.

On Tuesday, Punk posted a screengrab of the fan’s comment along with the following caption:

“It is time to address this.”

CM Punk had recently also deleted a poll on Twitter after he had asked his fans for their opinion on what he should wear to the ring. He made his in-ring debut at at AEW All Out when he went against Darby Allin in a winning effort. He has begun sporting long tights and fans had mixed reactions to his attire on social media.

CM Punk later posted a poll on his official Twitter handle and asked fans to pick one from the choices that he had provided: long tights, trunks, or an Andre singlet. Soon after posting the poll, he deleted the same.

Check out the results of the poll before Punk deleted it: 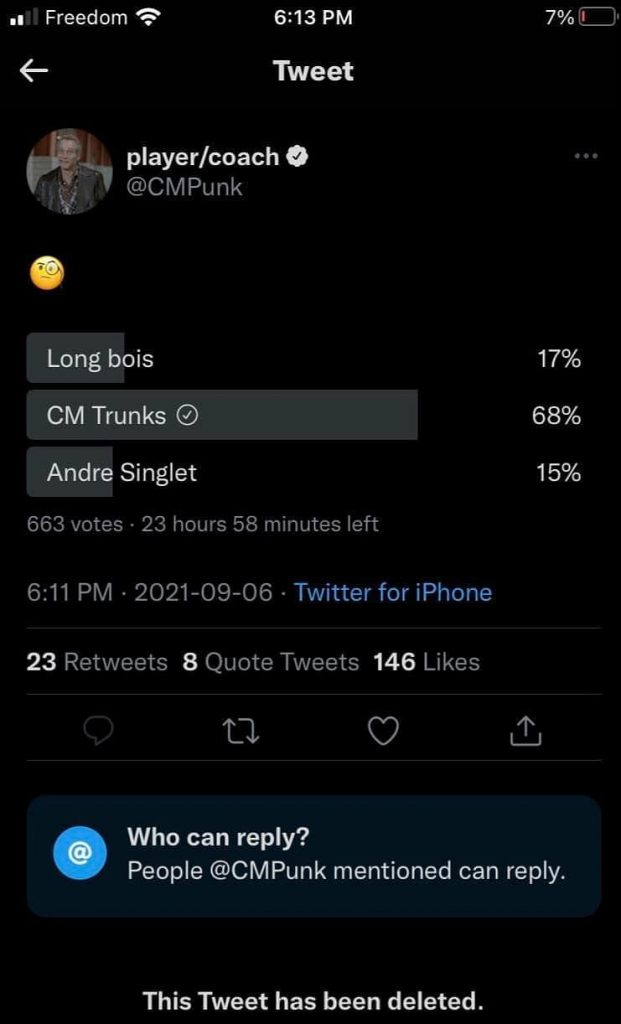 CM Punk recently opened up on why he chose to sign with AEW:

“There’s a dozen good reasons to come back, but if you really look at the landscape of things, when I left there was no AEW. A lot of people assumed that I probably would have went straight there.

He added: “Watching them make a huge splash on the scene two years ago, and grow into this company with TNT firmly behind them … watching for two years and seeing how everything developed and realizing that this place is possibly all I ever wanted in professional wrestling, so really the question is why wouldn’t I go there now.”