Super Bowl 2022: Details, when and where to watch 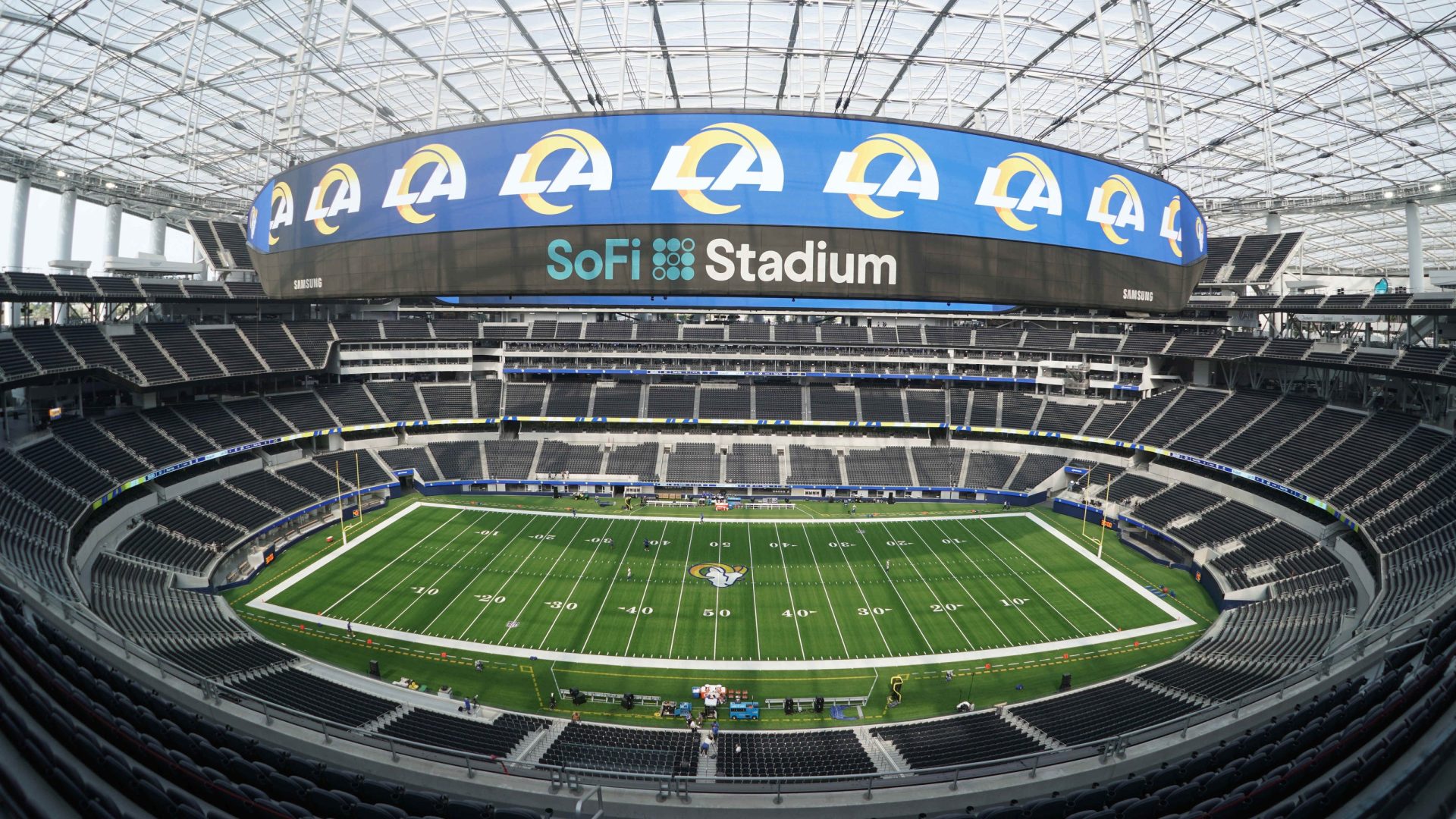 We’re just over ONE MONTH away from the Super Bowl, Sunday, 13th February, but you already knew that! Today we’re going to be taking a look at every potential avenue available to you for watching, what has become one of the biggest sporting events of the year. Ranging from popping down to your local watering hole to sitting watching it on one of the modern day betting apps that include in app streaming. So if we’re ready to get going we’ll just jump straight into it!

Before we get started, you should consider what kind of person you are, if you’re a very social person you don’t want to be sitting in the house on your own for the biggest game of the year, especially if your team is playing. If that’s the case and you’re a social butterfly, which absolutely does NOT describe me, the first thing you should be doing is checking all of your favourite local bars, or even further afield to see if anywhere is doing a Super Bowl party or some awesome promotions for the big day. Given everything that has happened over the last couple of years with Covid, if you have a chance to support some local businesses while also enjoying the Super Bowl, I would 100% recommend doing so. But I’m British, any excuse for a drink for us! REMEMBER! Sunday, 13th February at 6:30PM EASTERN! Keep. That. Date. Free.

Super Bowl LVI is the 56th Super Bowl and will be held in the SoFi Stadium, Inglewood, California. Source: NFL

Now we’ve got that out of the way, let’s take a look at some other methods you can use to watch the 2022 Super Bowl because hey, maybe you don’t like going out? Maybe you’re from a place that is currently in lockdown (again) and you need something you can use at home that isn’t going to cost you an arm and a leg right? It’s just your luck that we’ve got a list of ways you can watch the big event from the comfort of your sofa, or bed, or in the bathtub. If that’s what you’re into, I’m not here to judge anybody!

OKAY! First up. NFL Gamepass. I’m going to imagine a lot of people reading this already have a yearly subscription to NFL Gamepass, but if you don’t and you’ve never heard it, I’ve got you covered. NFL Gamepass is your GO TO for all things NFL, it has a free tier but unfortunately you CAN NOT watch games on this tier, just highlights and the 24/7 NFL Network. However, from as little as £13.99 annually, you can subscribe which will give you ALL of the perks, apart from multiple devices, this tier is MOBILE ONLY, you can’t even cast to a chromestick from this tier… If you do need multiple devices, for example, signing in on a console. It will set you back £39.99 annually for the PRO tier, this features EVERYTHING the £13.99 subscription does but also, you can sign in on all your devices that have the NFL app. There is also another tier which is a £38.99 50 day pass, it is basically the same as the Pro tier but no highlights and no draft included, seems weird to me honestly.

The next method will be your standard TV services. If you’re somebody who has no problem paying over the odds for satellite or cable TV then for the big day you’re in luck, almost EVERY SINGLE sports network in the US will be showing the Super Bowl. The only real choice you have to make is WHO you watch, some networks will have shows with build up that starts in the early hours of the morning with season reviews, player interviews, potential team breakdowns, you know, the whole works! Other networks may start an hour or two before.

But what if you pay for TV but you don’t live in the US? I’ve got you covered. For those of you, like myself, who live in the UK. There are TWO broadcasters that have the rights to show the Super Bowl, that would be Sky and the BBC. If you’re using Sky, you can just pop the Sky NFL channel on, the coverage starts at 2pm (GMT) with “Gameday Morning Live” before the main event coverage starts at 10PM, they will also be showing the broadcast on Sky One from 11PM. If you don’t have Sky which is understandable, that service is heckin expensive, then the BBC will be starting their coverage at 11PM on BBC Two, the coverage will then switch over to BBC One for kick off at 11:30PM, weird to switch after half an hour but here we are!

Unfortunately, I don’t have all the information for every country and their sports network in the world, but you can be certain that EVERY NETWORK that CAN show the Super Bowl WILL be showing the Super Bowl, there’s a reason it’s one of, if not the most watched sporting event in the world. Why else would companies be paying MILLIONS for advertising slots? Allegedly Super Bowl 55 was seen by 96.4 MILLION people across all platforms in the United States alone. Factor in the rest of the world and..? Speaks for itself really. 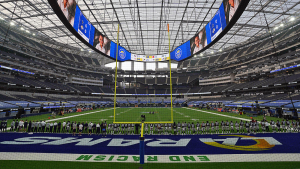 The SoFi Stadium, home of the LA Chargers and the LA Rams will be packed to the rafters with fans hoping their team gets to lift the Vince Lombardi trophy. Source: CBS Sports

Now I know what you’re thinking, what are you talking about, watch the Super Bowl on a sports betting app? We haven’t lost our minds, for those that know, it’s such an awesome feature right? For those that don’t, we’ll explain. If like me you’re going to be having a dabble on the Super Bowl anyway, it’s worth shopping around, don’t settle for what you always use if you can get better Super Bowl odds elsewhere right? But, if you’re stuck travelling for work and you don’t want to drop £39.99 for the Pro sub for NFL Gamepass, then these sports betting apps may be the one for you.

Quite a lot of apps these days offer in app streaming and the only requirement usually is that you stake as low as £1 on the event you’re watching. While they don’t stream EVERYTHING, if you’re betting on some more obscure leagues or you’re betting on certain big tennis tournaments, your sportsbook might actually have you covered. It’s worth checking out your usual or like I said, shop around, you may find some sites offer better odds AND in app streaming, kill two birds with one goal!

That’s going to do it for this one, like I say we’re around a month away from the Super Bowl itself, the teams involved haven’t yet been confirmed but that will all be revealed in due time. TO ALL THE TEAMS FIGHTING FOR THOSE TWO POSITIONS. GOOD LUCK! For those of you who get to cheer on your teams in the Super Bowl, I wish the best for you! For those who aren’t represented but are wagering on the Super Bowl to get involved, may the betting gods shine in your favour. All the best everybody! Until next time, take care!

Previous articleTyson Fury has these 2 alternate options if Dillian Whyte fight falls through, Bob Arum reveals
Next articleThe Detroit Lions with the NFL’s most promising rebuild