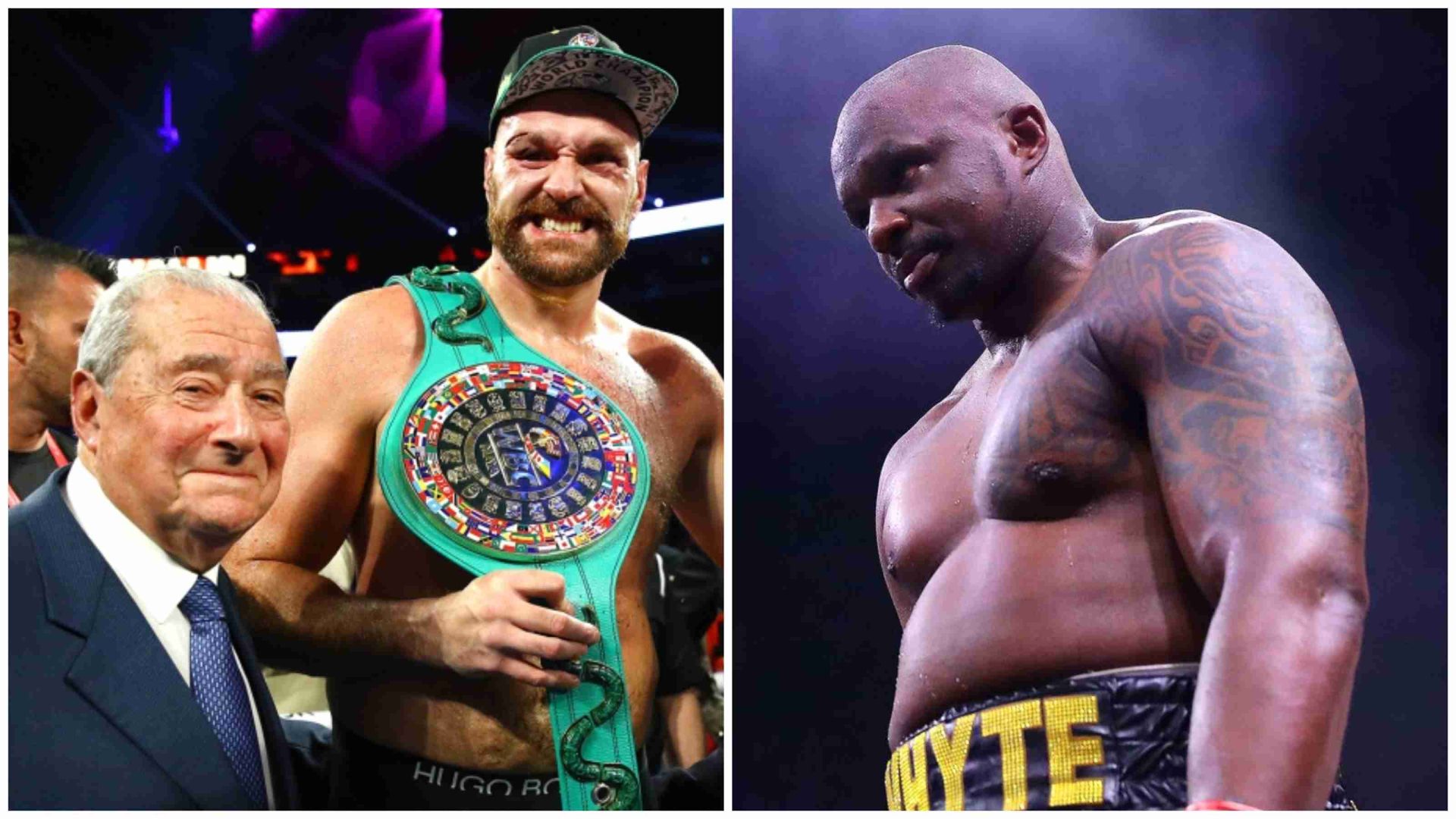 WBC heavyweight champion of the world Tyson Fury, who is coming off of a dominating trilogy win over Deontay Wilder, was in the works to face the WBC interim titleholder Dillian Whyte up next. However, Whyte’s disagreement regarding the purse split of the fight has stalled any progress towards the fight, and promoter Bob Arum has stated that Fury will have alternate options for his next bout- Robert Helenius or Manuel Charr, to replace Whyte.

Tyson Fury returned to the squared circle last October after a lengthy hiatus of a year and eight months since facing Deontay Wilder in their rematch in February 2020. In the trilogy fight, Fury secured an 11th round KO over Wilder to defend his WBC belt. However, Fury’s promoter and Top Rank chief Bob Arum has been pushing for Fury’s next fight as soon as late March or early April this year and it was the interim WBC titlist Dillian Whyte’s name coming up as the first preference.

However, Whyte is currently engaged in a legal dispute with the WBC and has also rejected the $5.5 million that Arum had initially offered him for the Fury fight and the promoter is willing to secure the deal by this week to avoid the purse bid on 18th January along with the 80/20 split ordered by the WBC.

In case Whyte fails to see eye to eye, Arum revealed to talkSport that he will not be making Fury wait any longer and will look into other options, naming two-time European champion Robert Helenius and former WBA (Regular) champion and WBC contender Manuel Charr.

“We can look around, get a good, decent opponent for him to fight if Whyte isn’t available. You’ve got guys like Robert Helenius and Manuel Charr. You just look at the rankings and pick a couple of guys from the rankings who would make decent opponents,” the promoter added.

Previous articleYoung Bucks accused of influencing AEW booking decisions to their advantage
Next articleSuper Bowl 2022: Details, when and where to watch