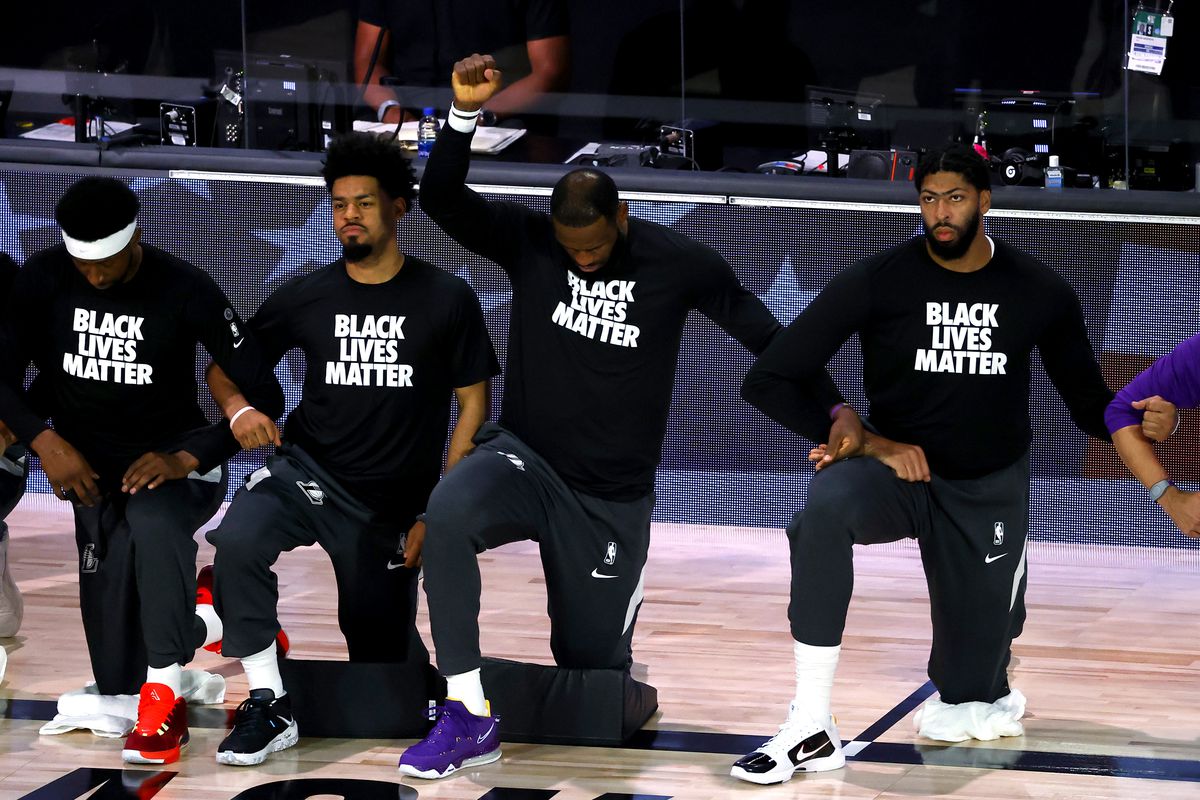 The Los Angeles teams decided to not take the court for the NBA playoffs on Wednesday in protest against the shooting of Jacob Blake in Kenosha, Wisconsin on August 23. The NBA announced that Game 5 of every series would be postponed.

Major League Baseball, Major League Soccer and the Women’s NBA also postponed games, while two-times tennis Grand Slam champion and world no. 10 Naomi Osaka joined the protests by pulling out of the Western and Southern Open after reaching the semi-finals.

“Over the last few days in our home state of Wisconsin we have seen the horrendous video of Jacob Blake being shot in the back seven times by a police officer in Kenosha and the additional shooting of protesters. Despite the overwhelming plea for change there has been no action so our focus today cannot be on basketball.”

The two best teams in the Western Conference reportedly voted to sit out the rest of the NBA season following the police shooting of Jacob Blake.

The NBA will be holding a special Board of Governors meeting on Thursday morning where discussions on continuing the season will be continued. In addition, players will be holding another meeting of their own simultaneously.

Former U.S. President Barack Obama praised the Bucks on social media. “I commend the players on the @Bucks for standing up for what they believe in, coaches like @DocRivers, and the @NBA and @WNBA for setting an example. It’s going to take all our institutions to stand up for our values,” wrote Obama.

Kenosha has been rocked by civil unrest and violence since Sunday, when police shot Blake, 29, in the back at close range in an incident captured on video. Blake is paralyzed and is being treated for his injuries. A 17-year-old identified as Kyle Rittenhouse was arrested and charged with homicide on Wednesday in connection with gunfire that killed two people and wounded a third during a third night of protests on Tuesday.

Many of the league’s players joined the worldwide protests following the killing of George Floyd before they entered the NBA bubble for the season’s restart. In Orlando, they have worn shirts with messages such as “Black Lives Matter” while kneeling during the national anthem as a means of protesting police brutality and systemic racism.

Earlier on Wednesday, Pascal Siakam and Jayson Tatum of the Raptors and Celtics respectively, publicly discussed the possibility of the teams’ boycotting Thursday’s Game 1 of their second-round series.