Messi stays: Camp Nou breathes a sigh of relief as the messiah and his shrine reunite 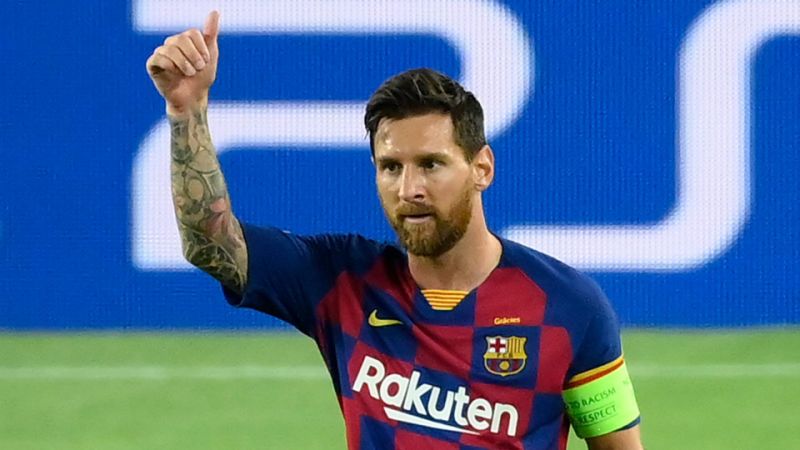 Lionel Messi has taken a dramatic u-turn to say that he will spend one more season with the Catalans and thus ending a fortnight of rumours, speculations, contract tussles, and the biggest transfer drama of the century.

The news comes just a day after Lionel Messi’s father told the media that it would be “difficult” for his son to remain at Barca.

Until now it seemed fairly certain that Messi was ready to ply his trade in greener pastures and that he would surely leave Camp Nou for good. Manchester City Inter Milan, PSG -the destinations were many and many were the rifts between the Argentine and his current employers.

But it now seems clear that Messi will remain a part of Barca for the coming season. 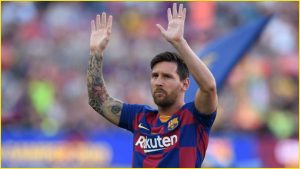 Unhappy, Unsatisfied but he will stay

The diminutive magician has stated that he will see out the last year of his contract with Catalans so as to leave for free in 2021.

Leo Messi to make it official: he’s going to stay at Barcelona on next season after the club refusing to sell him for less than €700m. 🔴 #Messi #FCB #Barcelona https://t.co/o6FDNretUg

And while Messi may have taken a u-turn on his decision to leave Camp Nou, he maintained that he is doing so merely in order to avoid a legal battle with a club that he had been a part of since he was 10.But, he did take a dig at not just Bartemou but the whole of Barca presidential board and labelled the entire board as a “disaster”.

Lionel Messi: "The truth is that there is no project at this club. They just plug holes as and when things happen. I would never go for a war against the club of my life. That's why I'm staying". 🚨 #FCB #Messi #Barcelona

“I wasn’t happy and I wanted to leave. I have not been allowed this in any way and I will stay at the club so as not to get into a legal dispute,” said Messi to Goal.com.

“There was another way and it was to go to trial,” he said. “I would never go to court against Barca because it is the club that I love, which gave me everything since I arrived. It is the club of my life, I have made my life here.”

And thus while the imminent catastrophe in Barcelona has been averted, the entire episode has left a lot of bad blood between Lionel Messi and Camp Nou.

He added that the frustration he expressed had built up over time and was not just due to the team’s Champions League exit.

“It doesn’t come from the Bayern result, it comes from many things,” Messi said. “I always said I wanted to end my career here, and I always said I wanted to stay here. I wanted a winning project and to win trophies with the club. … The truth is that for a while there hasn’t been a project or anything, they’ve been juggling things and plugging holes as things happen. I’ve always thought about the well-being of my family and the club.”

The road ahead for Messi and Barcelona:

Lionel Messi has maintained that the entire episode won’t impact his on-field performance.

The Argentine would look to join Ronald Koeman’s new-look Barcelona, perhaps without his long time teammate and friend Luis Suarez, who seems destined for Juventus now that he is no longer a part of the Koeman plan.