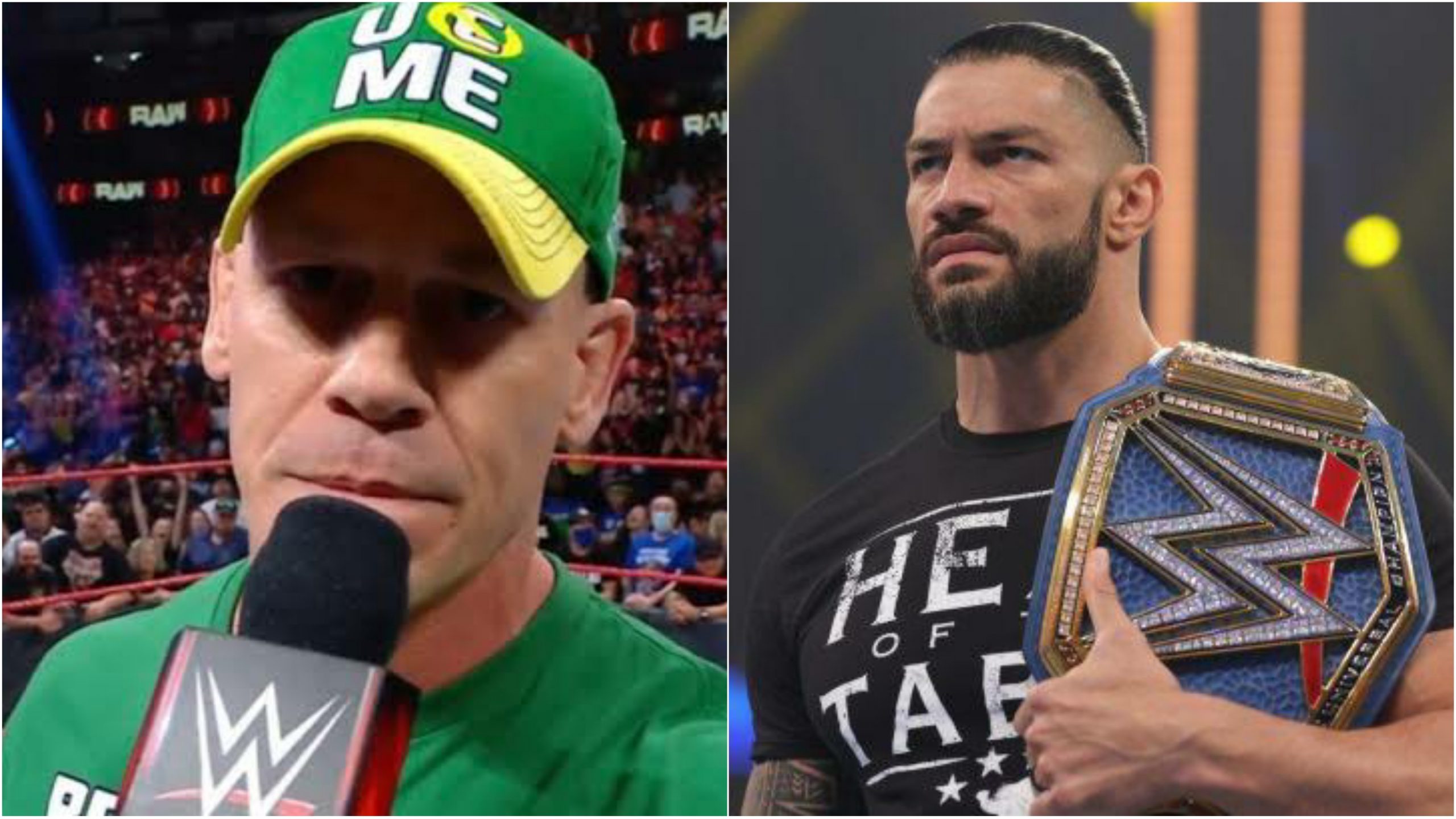 WWE star John Cena made a shocker of a return to the company at Sunday’s Money In The Bank pay-per-view. He made his presence felt after Roman Reigns successfully defended his WWE Universal Championship against the Hall of Famer Edge. Cena went on to steal the limelight of The Tribal Chief and he seemed to be in disbelief just like the fans in the attendance.

The 16-time WWE Champion kicked off last night’s Monday Night Raw to welcome the fans. He then proceeded to talk about Roman Reigns and made some bold choices of words.

John Cena hyped up the crowd at Dallas,Texas for major pops and he tease that he would dress up as Peacemaker for the Suicide Squad premiere.Cena went on to reveal that it was the fans that brought him back to WWE after a long hiatus, but they weren’t the only ones to bring him back.

The other thing to bring him back was WWE Universal Champion, Roman Reigns. He talked about headlining SummerSlam pay-per-view and being a record-breaking 17-time world champion. The Leader of Cenation heavily criticized The Head of The Table and dropped a bombshell. John Cena said that he wants to face him “Because Roman Reigns is an a**hole.”

John Cena also addressed Reigns as self-absorbed, arrogant, and not as over as he says he is and confirmed that he will be at SmackDown this Friday night. Cena was still in the ring and Riddle’s music would hit and the two would exchange several bros, including singing in unison. The fans seemed to have loved the whole segment.

Paul Heyman teases something big for this week’s SmackDown

Reports have been suggesting that Cena would go on to face Roman Reigns for the Universal title in an epic showdown at SummerSlam and now it seems WWE is building on to it. This week’s edition of SmackDown will see the return of Cena after a long time.

Ahead of that, Paul Heyman, the Special Counsel to The Tribal Chief responded to Cena’s comments on Raw and dropped hints on something waiting for the former WWE Champion on this week’s SmackDown.

“As #SpecialCounsel to the #TribalChief @WWERomanReigns, I invite your network to watch this Friday for our perspective on @JohnCena’s actions, words … Hmmmmmmm…… and perhaps, just PERHAPS, more?”

We will have to see how things turn out on SmackDown.