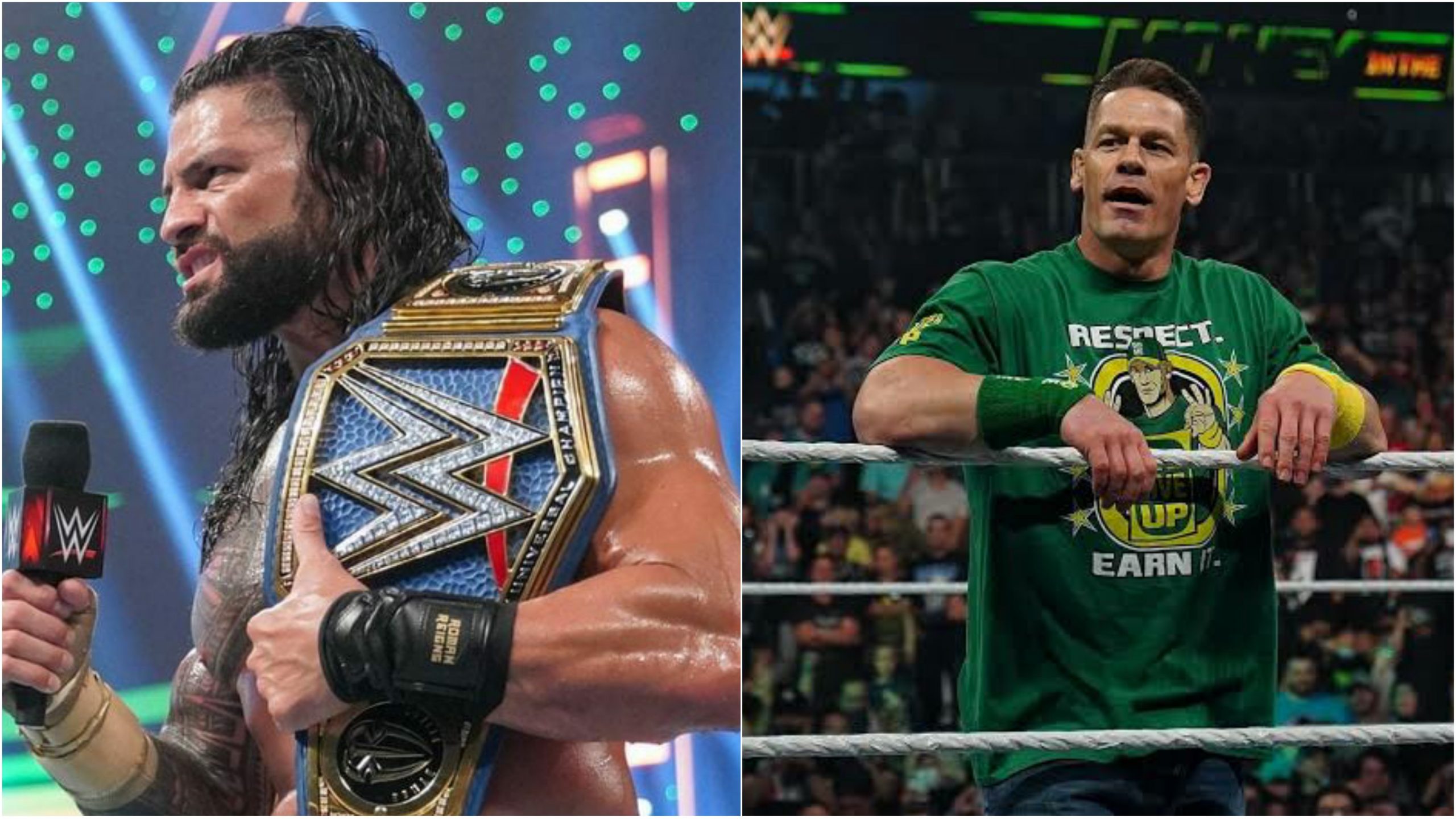 WWE Universal Champion Roman Reigns successfully defended the title against the Hall of Famer Edge in the main event of Money in the Bank pay-per-view. The win came after the interference of the former Shield stablemate, Seth Rollins, who seems to have his eyes set on the ultimate prize.

But, just when everyone was ready to call it a night, the 16-time World Champion John Cena made a shocking return to the company at Dickies Arena in Fort Worth,Texas.

The Tribal Chief has been dominant on SmackDown brand and has had multiple high-profile successful championship defenses. Now, he seems to have a tough challenge ahead of him as John Cena made his presence felt at Money In The Bank pay-per-view.

Following the event, Roman Reigns took to his Twitter account and opened up on Cena’s long-awaited return to the company. He said there are two constants in WWE. One, he said that all these legends come back, and second, they will all acknowledge him at the end of the day.

He wrote: “The only two constants in the @WWE Universe. They all come back. They all acknowledge me. Nothing’s different. #AndStill #MITB.”

There have been reports surfacing that WWE is planning huge matches for upcoming SummerSlam pay-per-view. They had penciled an epic match between John Cena and Roman Reigns for the show and it is seemingly in fruition.

Speculations began over Cena’s return but much to the fans’ surprise, the former WWE Champion did return at recently concluded Money In The Bank pay-per-view and went on to steal the limelight from The Head of The Table.

The wrestler-turned actor had confirmed about his return but kept the date of his return as a surprise. Reports suggested that he was set to make an appearance for upcoming edition of Friday Night SmackDown and he certainly would be returning to the blue brand to build up the blockbuster clash for the SummerSlam event.

Both the stars are apparently building up for their huge battle at SummerSlam and it could possibly be for the WWE Universal Championship. If Reigns picks up the victory then he would surely cement his legacy in the company.