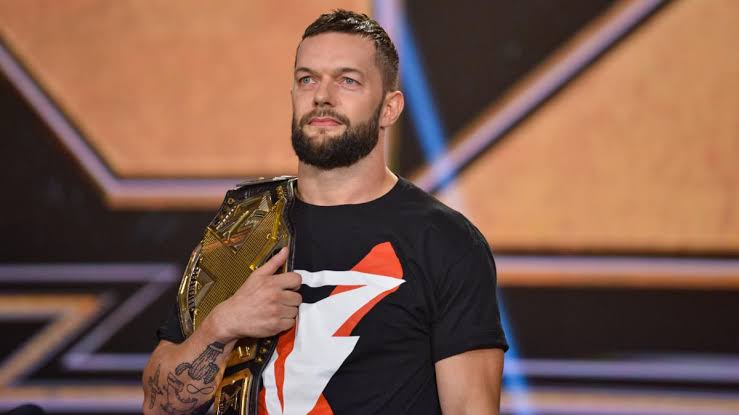 Finn Balor, the current NXT Champion recently joined Corey Graves on the latest episode of WWE’s After The Bell Podcast where he talked about his current run as NXT Champion and opened up on his Road to WrestleMania.

Finn Balor wants to defend his title at WrestleMania

During the podcast, Finn Balor talked about how he would like to plan his WrestleMania this year and what the dream scenario would look like.

He went on to reveal that he would want to defend his NXT title at NXT TakeOver the night prior to the flaghship pay-per-view and also at the Grandest Stage of them All. He also named his potential opponent for the title defense.

He said: “For me personally, if I could defend the title one night on TakeOver and the next night on WrestleMania, that would be a dream scenario for me. “Double defense. I really feel, Karrion Kross, I empathize with him and his situation, having to relinquish the title being injured. I really feel like he deserves a title shot whether it’s at TakeOver or WrestleMania or sooner or later.”

Finn Balor recently After Edge won the Royal Rumble just a few weeks ago, Balor and Edge met face-to-face on NXT where Edge said he could choose to face Balor at WrestleMania 37.

Finn Balor on his relationship with Edge and Christian

Balor went on to speak about Edge showing up on NXT and he talked about his relationship with Edge and Christian over the years and how he admired the way they were able to stay retired and humble about it. Christian had also appeared in the Royal Rumble this year and Edge eventually won the match and will face Roman Reigns at WrestleMania for the Universal title.

Balor said: “It was so cool. Obviously I’ve hugely admired Edge, and Christian their whole careers as professionals. When I came to WWE and NXT, they had transitioned out into retirement and doing other things.”

He added: “I’d speak to them at length about how I admired how they gracefully transitioned out of wrestling to the next stage and the next chapter of their life. How they’ve done it with grace and respect and didn’t kind of dwell on the past, I’ve really admired how they’ve done that and expressed how I’d hoped I could have the same class and dignity to do that when it’s my time.”