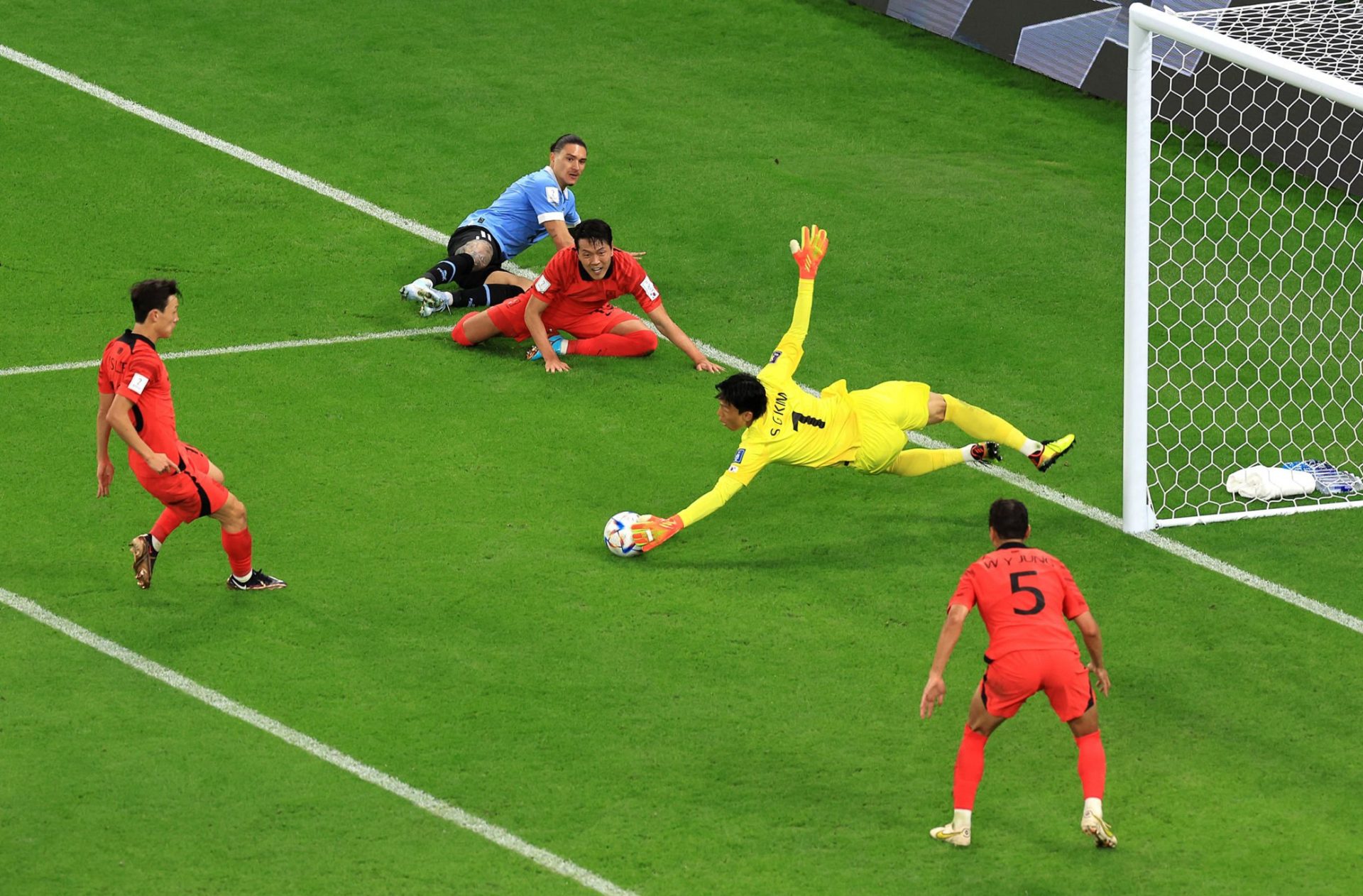 Uruguay and South Korea go home with a point each

South Korea received a boost as Son Heung-min was named in the starting XI in South Korea’s opening World Cup match despite wearing a mask after facial surgery. The Spurs attacker and South Korean skipper had surgery earlier this month after suffering a fracture around his left eye in a collision during a Champions League game.

In the first-half, Suarez and co. enjoyed posession in the first 20 minutes. However, it was Suarez who was presented with the first real goal-scoring chance earlier in the first half. Uruguay captain Diego Godin rattled the post with his header while Hwang Ui-jo came close to scoring for South Korea. Neither of the side couldn’t find the back of the net. Both teams had plenty of opening but couldn’t convert them.

Luis Suarez-led side struck the post twice. Godin in the second half, and then Valverde in the dying embers of the match. Failing to score goals, points are shared by the teams.