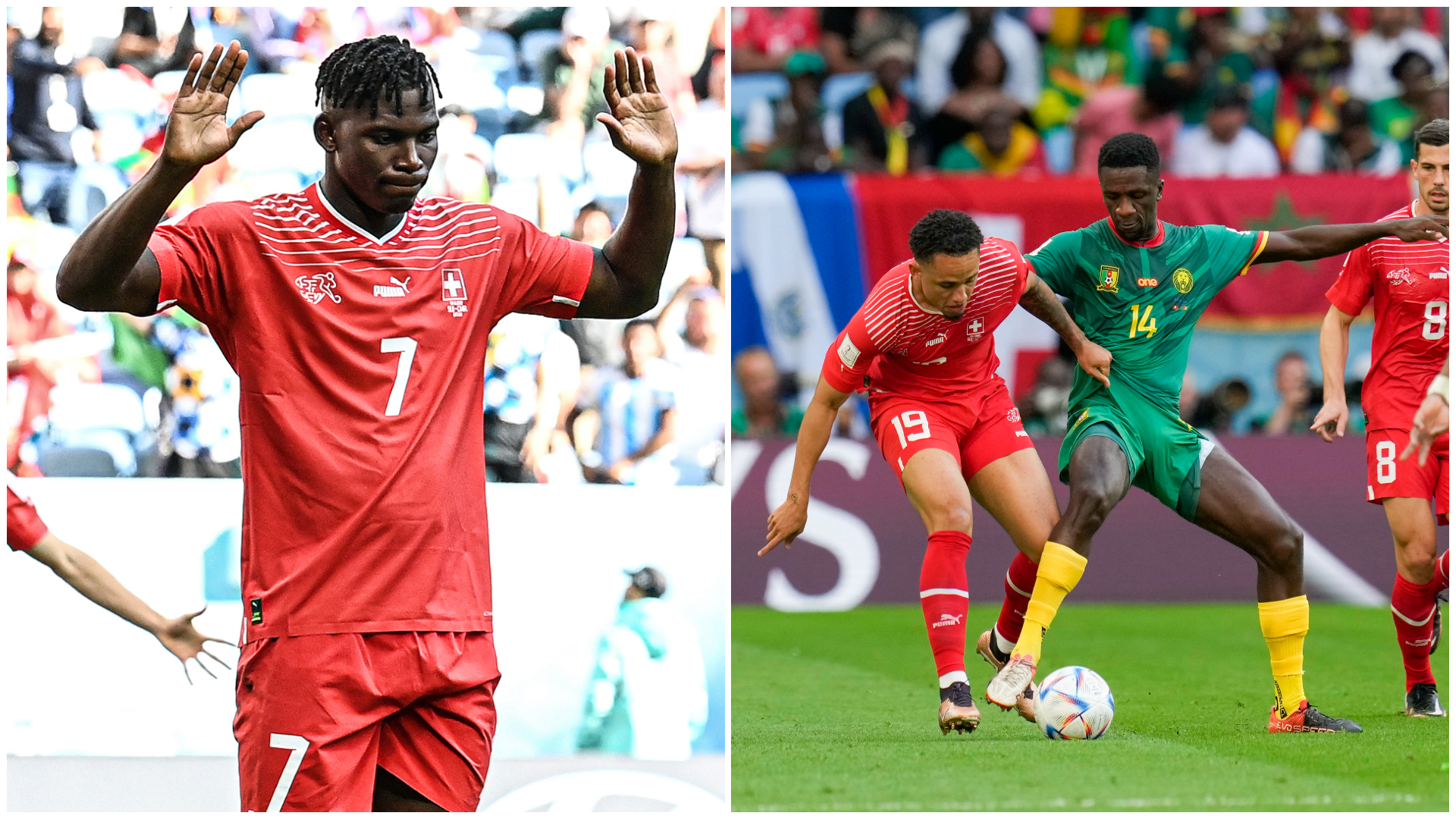 Breel Embolo turned out to be the difference maker in the Switzerland-Cameroon Group E clash in the ongoing FIFA World Cup at the Al Janoub Stadium. in Qatar.

None of the sides were able to break the deadlock in the first half. In the first 10 minutes Switzerland has looked the more dominating side. They constantly penetrated in the box of Cameroon. The first half saw the biggest chance created when Manuel Akanji missed out on a close chance. It was a good corner kick and all Akanji needed was to put the ball into the right place but his header went wide of the left post. Cameroon were really good with their attack but Embolo’s goal in the second half put Switzerland in the diver’s seat.

Three minutes after the play resumed in the second half, Breel Embolo scored the goal for Switzerland with a calm and composed finish from inside the box.  Shaqiri sent a wonderful low cross from the right flank inside the box and Embolo comfortably put it into the back of the net.

Switzerland for a couple of close chances to double their lead within a minute and they missed to capitalize on either of them. First, Ruben Vargas’ powerful hit was saved by Cameron keeper Andre Onana before the corner kick of Switzerland was intercepted.

Previous articleJiri Prochazka Says He’ll Be Back After ‘6 Months’ After Vacating Title & Pulling Out Of UFC 282 Due To Shoulder Injury
Next articleFIFA World Cup 2022: Uruguay and South Korea Play Out Goalless Draw