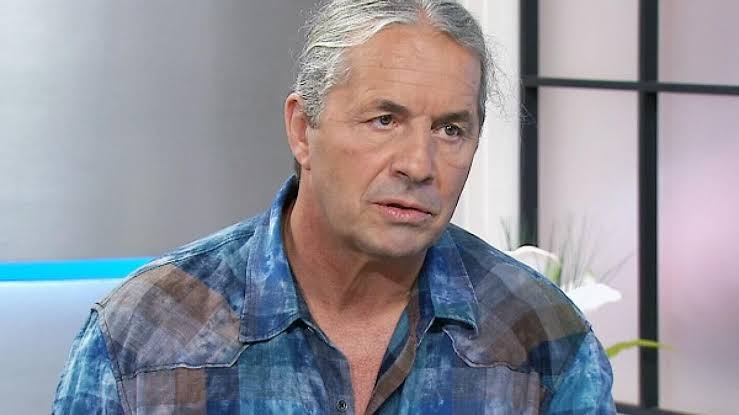 Bret Hart, on his Confessions Of A Hitman podcast, spoke about one of the most challenging times of his life, when he was recovering from a stroke in 2002.

According to ‘The Hitman’, the recovery period was one of the toughest times of his life and he is proud of himself for his handling of the situation.

“Hands down, the most challenging battle I ever had; that’s for sure. I’ve talked a lot about my stroke over the years. As difficult as it was, I’ve always been really proud of how I recovered through it. I willed myself to not really give up, and I think it’s a little bit like, I wrote in my book that it was kind of time to be the hero I was pretending to be in wrestling,” Hart said.

Hart went on to explain the recovery period, right down from the uncertainty following the stroke.

“So it’s like, ‘okay, I had a stroke. When do I get out of here? Like, what do I got to do? What’s the plan?’ And you find out pretty quick that there is no plan. You cross your fingers and pray that that day you have a good recovery. And I remember that day I really wanted to recover, I was going to go down fighting,” Hart said.

Hart went on to emphasise on his physical troubles immediately after the event. He said it was like someone had cut his body in two, with the left side completely dead and the right side fully working. He could not lift a finger on his left hand, neither could he blink his left eye. Certain muscles of his body did not recover at all and even today, “The Excellence Of Execution” has trouble smiling from the left side of his face.

Hart Is Satisfied With His Current Health Status

About his current health condition, Hart said he’d give himself a 90 out of 100. He remembers how he went from being a guy who could not lift anything, even something as lightweight as a pencil, to someone who could go for a 300-pound benchpress at the gym.

He always told himself during his recovery that if he could benchpress 300-pound again, that would make him feel really fit and that would be the highest he would attempt to go.

“And I did that a long time ago, like three or four years after my stroke. Five years, I could benchpress. It wasn’t the prettiest benchpress you ever watched, but I’ve always pushed myself and tried to challenge myself to make that left side work, and earn it,” Hart said.

From Catwoman to Kratos, WWE stars show their costumes for Halloween

Previous articleFall from grace: Arsenal edge past Manchester United in a tame affair at Old Trafford
Next articleNadal arrives in Paris aiming for the elusive Paris Masters trophy