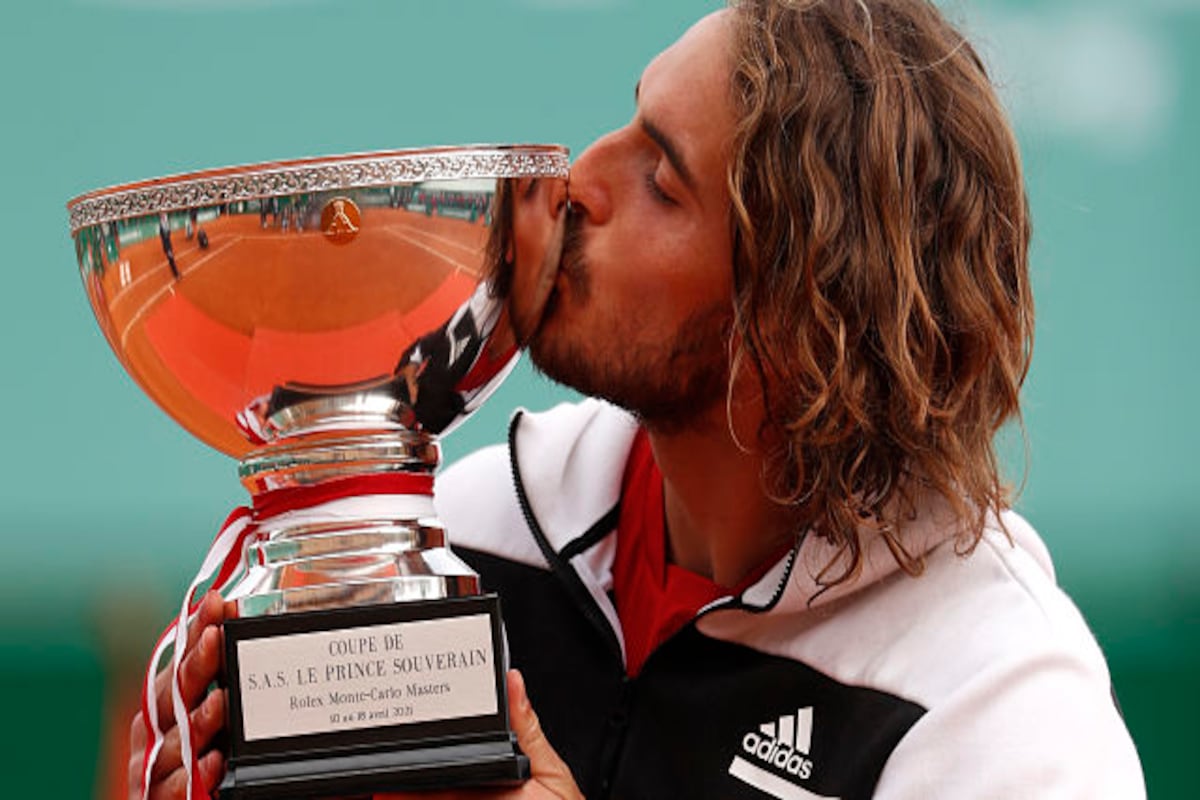 Stefano Tsitsipas has had a habit of falling at the final hurdle on the big stages. Not to mention, in front of him was a guy who has been in the form of his life lately. And clay has not been one of his preferred surfaces.

And yet, yet when the time came, when it was all over, it was Stefano Tsitsipas who stood at the top, alone, with the Monte Carlo Masters 2021 trophy in his hand in what would surely have been one of the most memorable nights of his career. Appearing in his third final at the level, Tsitsipas dropped just four points behind his first serve (24/28) and eventually winning the match 6-3,6-3 in straight sets.

This also happens to be Tsitsipas’ maiden ATP 1000 title after successive losses in finals earlier.

The stunning conclusion of an unbelievable week for Tsitsipas-

Tsitsipas made a fast start on Court Rainier III. The Athens native pinned Rublev into his backhand corner to earn his first break point of the match at 1-0 and switched tactics with a backhand up the line to claim the only break of the set. Tsitsipas dropped just two points across his next four service games (16/18) to move one set from victory.

Also read:Monte Carlo 2021-Andrey Rublev stuns Nadal on clay in yet another masterclass

Tsitsipas showcased a mix of power and precision on his backhand and found consistent depth on his forehand return to break for the second time at 1-1 in the second set.

The World No. 5 continued his fine serving performance to reach match point when he broke Rublev for the third time. Tsitsipas sunk to his knees in celebration after Rublev fired a cross-court backhand into the tramline.

“I had an unbelievable week in Monte-Carlo,” the Greek sensation said in his post-match interview. “I can’t describe my feelings right now. I am overwhelmed by so many different emotions and nostalgia. It is incredible that I am able to be in the position that I am.”

The class of Rublev-

Asked about his review of the finals,Rublev humbly accepted that he wasn’t a match for Tsitsipas in the finals.

“He was just better than me,” said Rublev.

“He’s the one from the top players that I [have been] playing the most,” said Rublev. “We played already [a] couple of finals, [and a] couple of important matches“

“I hope it’s the beginning of something. I hope I will also be able to win some of them,” he concluded.