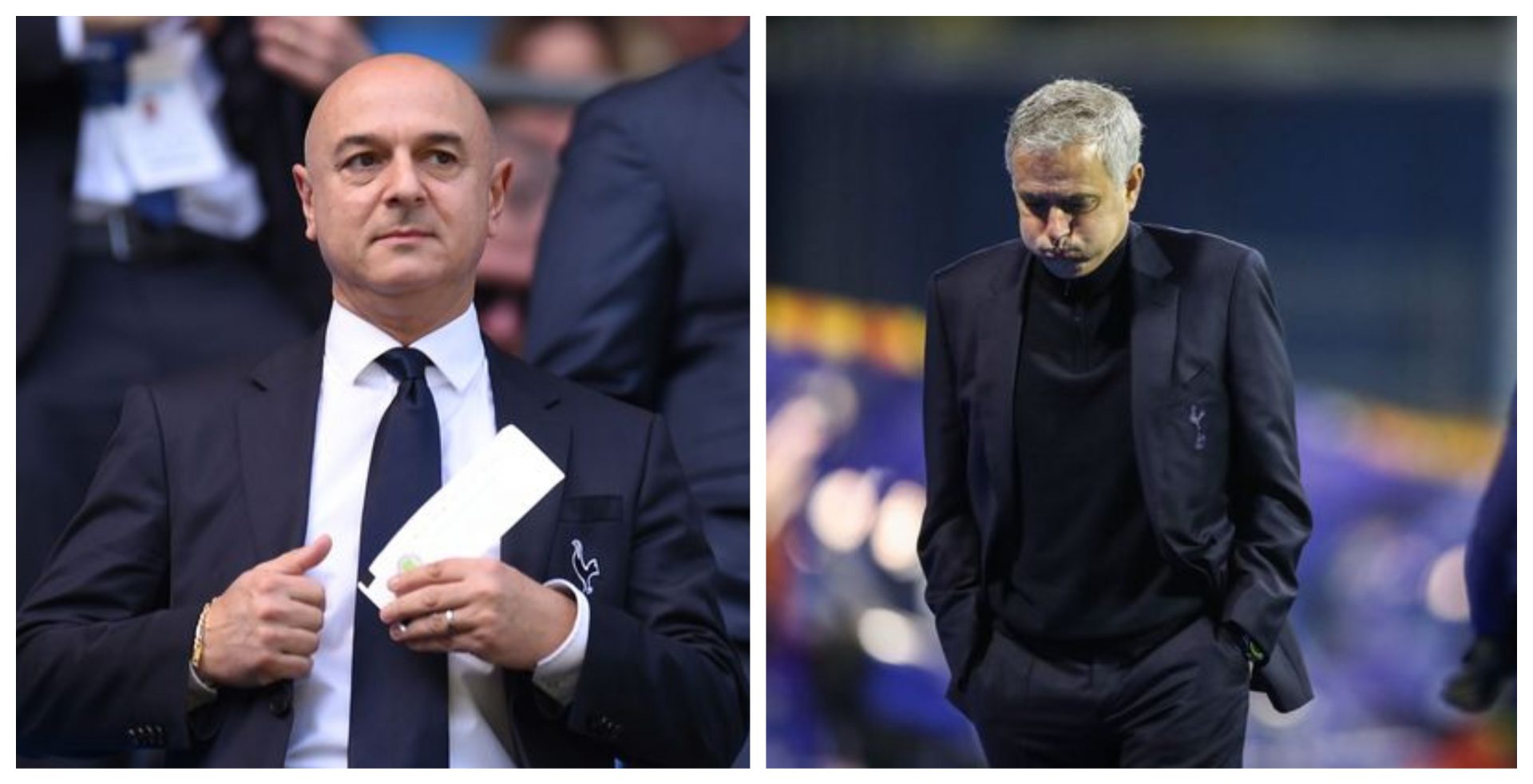 Premier League side Tottenham Hotspur have sacked Jose Mourinho only six days ahead of the Carabao Cup Final.

Jose Mourinho was appointed as the manager of the London club following Mauricio Pochettino’s sacking in November 2019. Mourinho had signed a deal until the end of the 2023 season with Spurs.

He took the club to sixth place in the Premier League last season and were eliminated by RB Leipzig in the Champions League.

This marks Mourinho’s shortest stint in his managerial career after only being charge for one and a half years which constitute 86 games. His record at Spurs shows 45 wins, 17 draws and 25 defeats.

After a number of summer deals which included the arrival of Real Madrid stalwarts Sergio Reguilon and Gareth Bale, and the acquisition of Pierre Emile Hojberg from Southampton.

Desperate for silverware in their trophy cabinet, the club were momentarily atop the Premier League table while facing exits in the FA Cup and Europa League at the hands of Everton and Dinamo Zagreb respectively.

This announcement comes a day after Tottenham announced their intention to participate in the European Super League as a founding team.

Moreover, the Portuguese manager was under thin ice as well, coming off the recent disappointing performances which include draws to Newcastle and Everton, and a loss to Manchester United at home.

Tottenham Hotspurs are yet to comment on their decision, but reports suggest that Ryan Mason will be in charge of the club until the replacement is found. The club are said to have already start their search for their next permanent manager.

Previous articleGame, set and match-Tsitsipas beats Rublev to be crowned Monte Carlo 2021 champion
Next articleBilly Joe Saunders irked at the absence of English judge in Canelo Alvarez fight on May 8