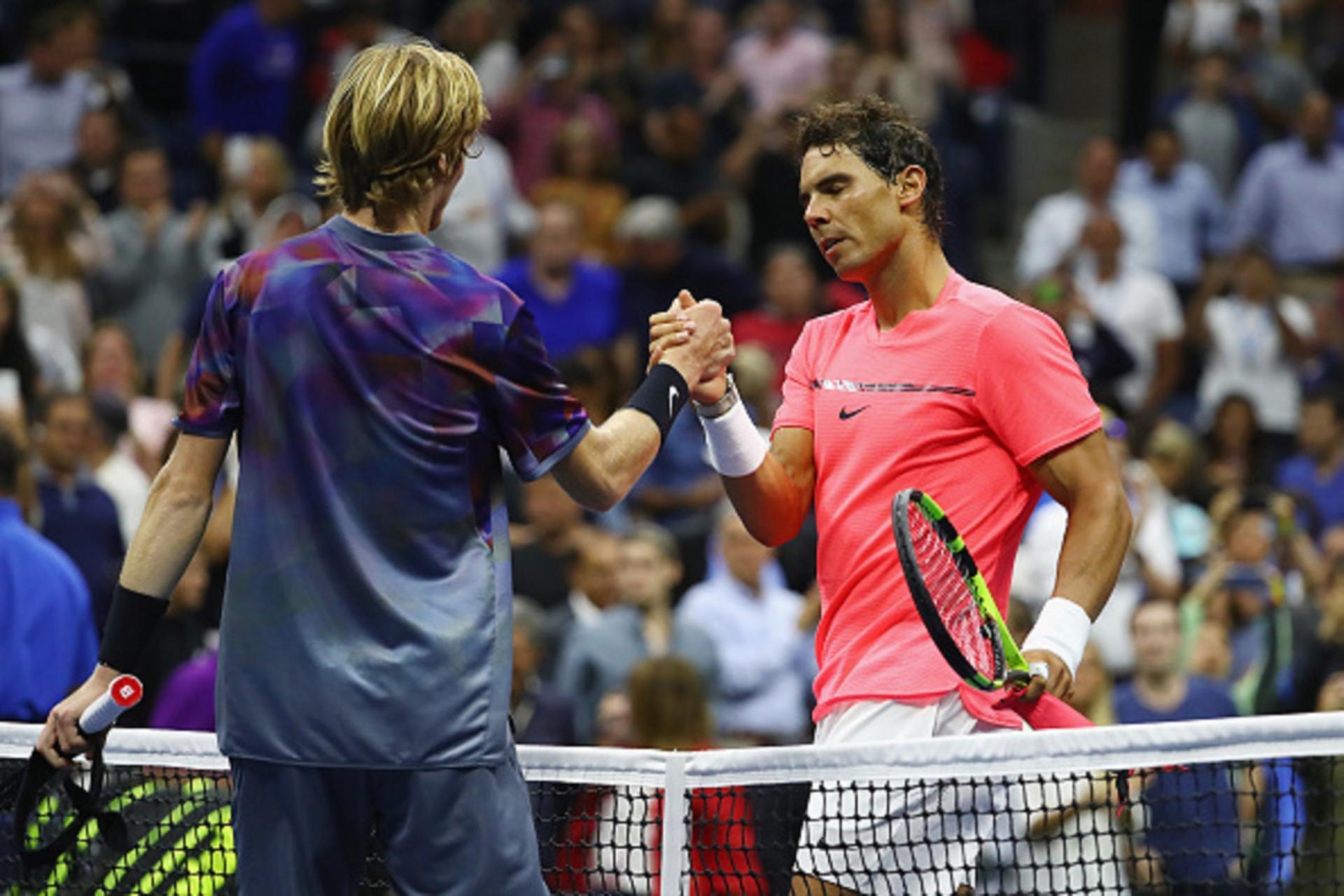 In world tennis,there are few,perhaps none, obstacles as great as an inform Rafael Nadal on clay.

When Andrey Rublev stepped on the court in Monte Carlo yesterday, few people gave him any chance against the King of Clay, despite the Russian’s red hot form. But what followed was easily among the best tennis of Rublev’s pretty young career, complete with amazing volleys, breathtaking backhands, and mesmerizing drop shots in nearly 2 and a half-hour-long extravaganza.

The sixth-seeded Russian entered the clash trailing Nadal 0-2 in their ATP Head2Head and facing down the Spaniard’s daunting 73-5 record at this event. But he came out swinging fearlessly against Nadal on Court Rainier III, the same court where the Spaniard has lifted a record 11 trophies in the Principality.

Rublev pressed Nadal from the back of the court as he dictated the rallies with his forehand and was rewarded with seven breaks of serve across three sets.

The Spaniard looked out of sorts during the early exchanges and was uncharacteristically misfiring on the backhand wing – a side that Rublev honed in on to great success.

Once the third seed got going, it seemed like a classic Nadal comeback on clay was inevitable as he took the second set after a grueling 74-minute battle. With Nadal’s booming forehand finally connecting, the games became longer as the Spaniard tried to find inroads for a comeback.

But Andrey Rublev responded emphatically in the decider, reestablishing his lead with an early break. He met Nadal blow for blow from the baseline, overpowering the Spaniard to open up a 5-1 lead and then closing the match with another great forehand.

“One of my best victories,” says, Andrey Rublev

“[On one side], if we look [at] a player like Rafa, who is the best clay-court player in history, then of course it’s one of my best victories for sure,” Rublev said in his post-match press conference.

“But if you look at [it] from [the] another side, how he feels, for sure he didn’t play his even ‘good’ level today. In his position, it’s so tough when people expect [that] you’re the best player on clay and you have to win yes or yes every time.

“He’s doing this year by year. He’s winning all the tournaments or going deep every time on clay tournaments. This is amazing how he handles this. That’s why he’s one of the legends.”

“You suck”: Naomi Osaka brought to tears by a heckler during match at Indian Wells