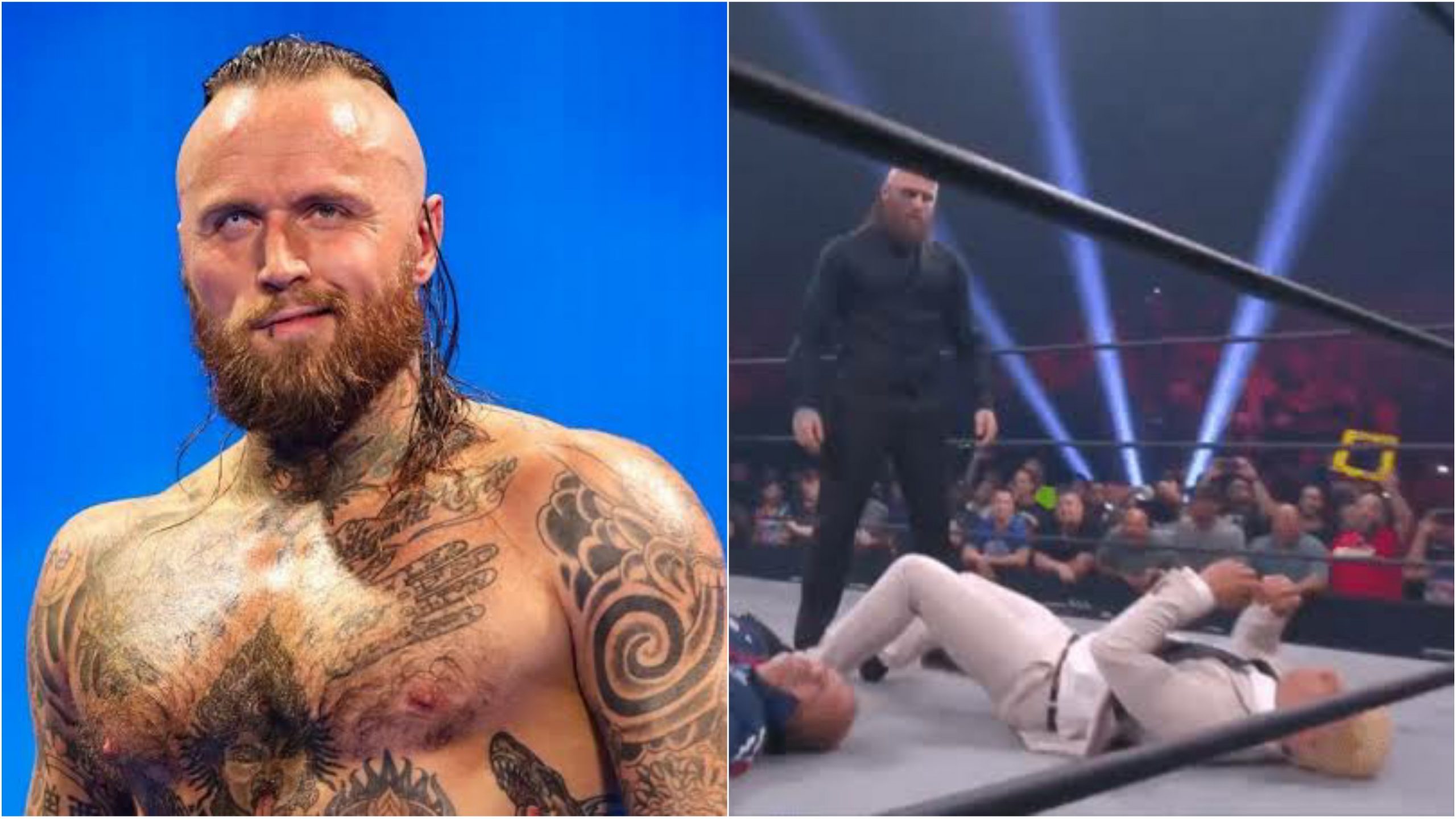 The former WWE star Tommy End (formerly known as Aleister Black in WWE) stunned everyone with his shocker of a debut at a recently concluded AEW Road Rager. He made an immediate impact as he took out the veteran, Arn Anderson, and Cody Rhodes.

Tommy End got huge response from the fans

Just when everyone thought that AEW will have a halt from signing ex- WWE stars, President Tony Khan came up with a huge signing. Tommy End who is likely to go by the name, Malakai Black seems to have shut down the door of a return to WWE as he found his new home in AEW.

After weeks of speculations, the former NXT star made a debut that nobody saw it coming at AEW Road Rager. He now becomes the latest acquisition of Tony Khan’s company and it is undoubtedly a massive one.

Tommy End was released by WWE on June 2 alongside some high-profile stars from the company. He had taken a hiatus and his return was teased for weeks until he returned with a new gimmick and attacked Big E.

But, he was soon removed from the programming and eventually was let go by the company. He was rumored to make a return to WWE with a new deal but that did not happen.

The former NXT star came out to a great response from the fans and what he did next shocked the fans even more though they enjoyed it.

The lights went off the first time when Cody Rhodes took on QT Marshall earlier in the night. In another segment that saw Tony Schiavone interviewing Arn Anderson with Rhodes by his side the lights again went off.

It seemed to be some production issues but actually, it was planned to bring Tommy End as he was already in the ring when lights came back. He immediately laid out Arn Anderson with Black Mass and then took out Rhodes with the same.

It is likely that End will be put in a feud with the former AEW TNT Champion Cody Rhodes. It is unfortunate that WWE released such a wrestler with huge potential but it seems AEW will use him well.

Putting him in a storyline with Rhodes will certainly elevate his place in Tony Khan’s company. We will see how the storyline progresses. AEW could be lining up for few more signings and could be the ones released from WWE.