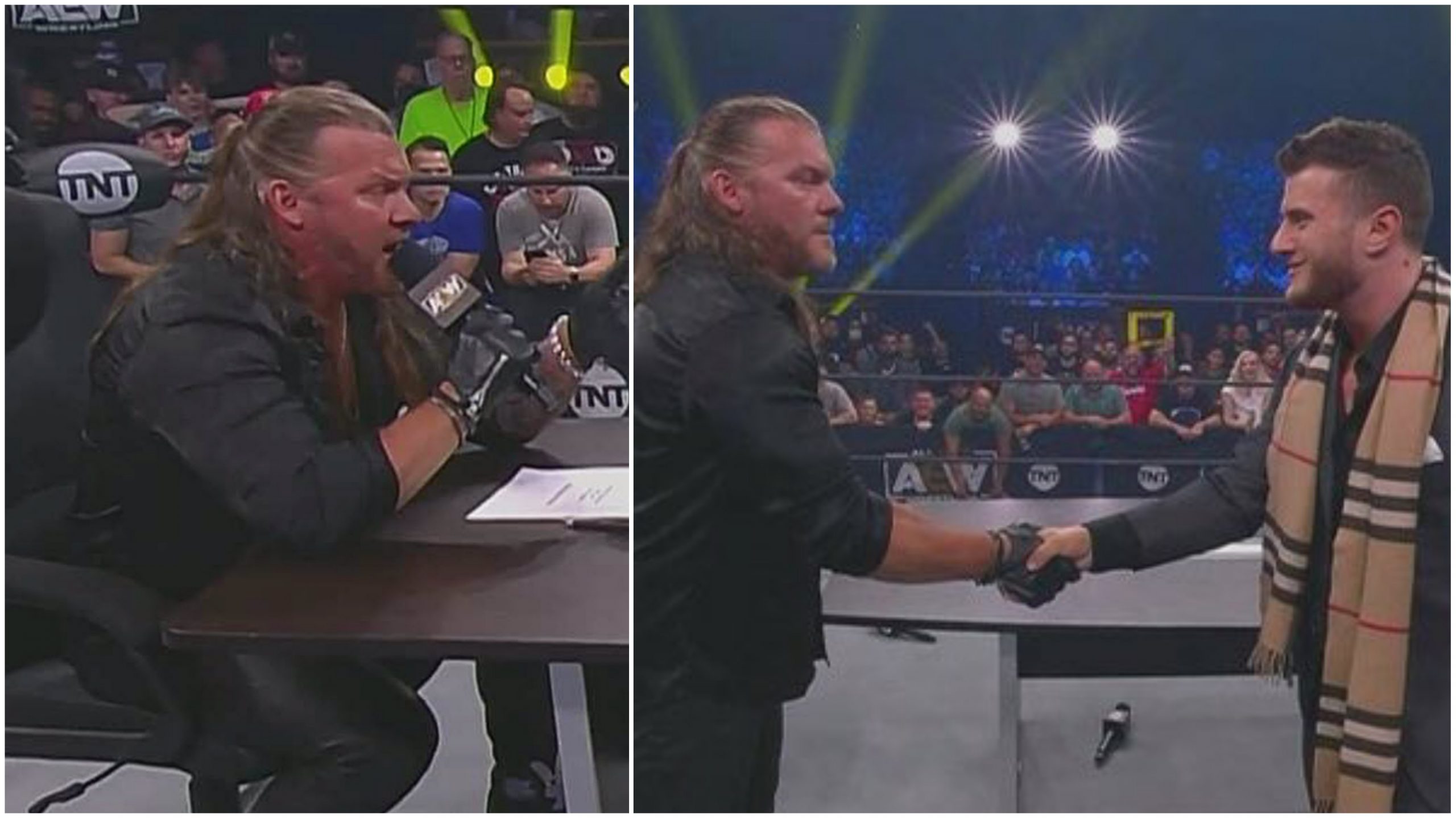 In a bizarre circumstance, the latest episode of All Elite Wrestling (AEW) Dynamite saw a fan, possibly under influence, hopped onto the entrance ramp during Chris Jericho’s entrance.

THE FAN WAS QUICKLY STOPPED BY AEW SECURITY

This happened during the episode where AEW Dynamite marking their return to the road, after last week’s episode ended with an emotionally charged tribute to Daily Place, Jacksonville, Florida, where the professional wrestling promotion held all of their shows during the “pandemic era”, and the Jim Ross spoken mishap of “WWE Dynamite”.

Fortunately, AEW camera did not show the fan as it cut away before the fan entered the scene. However, multiple audience members, probably capturing “Le Champion” Chris Jericho’s entrance on their own devices, caught the fan.

The video shows that the fan was instantly stopped by security and Jericho and MJF were able to continue their segment without any further hindrance.

MJF INTRODUCED THE LABOURS OF JERICHO

In the segment, MJF stated that his favourite Greek story was the labour of Hercules, and introduced The Labours Of Jericho, in which the former AEW Champion must win four matches back to back, with stipulations picked by MJF, to assure a one versus one encounter against him.

“And if you manage to get through the first four, which you won’t, you get that MJF rub one more time. You get an opportunity to wrestle me again. And when I beat you for a third time, hopefully you get it through your thick skull that I’m better than you, and you know it,” MJF said.