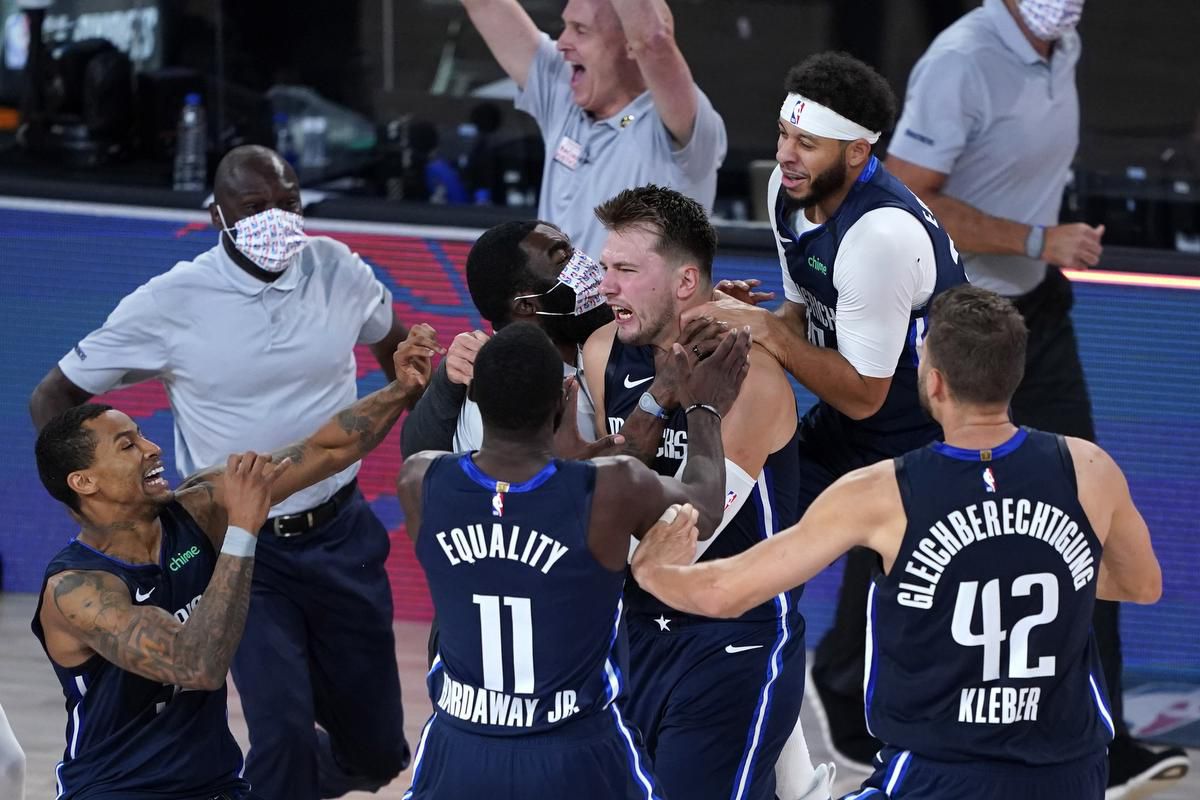 Luka Doncic delivered a historic performance to clinch a buzzer-beating win over the LA Clippers to tie the playoff series 2-2. Defending NBA Champions, Toronto Raptors impressed in a 150-122 victory over the Brooklyn Nets as they recorded a sweep in the Eastern Conference first round.

Donovan Mitchell became the first player in NBA history to have two games with 50-plus points and five-plus assists in a single postseason as the Utah Jazz trumped the Denver Nuggets 129-127 to take a 3-1 lead. Boston Celtics completed another sweep in the Eastern Conference first-round beating the 76ers, 110-106.

Doncic received clearance to return after suffering an ankle injury and went on to deliver a historic performance scoring a 43-point, 17-rebound, 13-assist masterpiece with a buzzer-beating step-back 3-pointer to beat the Clippers 135-133 overtime win over the LA Clippers.

Doncic became the youngest player in NBA playoffs history to post a 40-point triple-double. It was the 21-year-old’s second successive triple-double ahead of Game 5 against the Clippers in Orlando.

Doncic was brilliant throughout and notched a second straight triple-double while helping his team come back from a 21-point deficit without the injured Kristaps Porziņģis.  The Mavericks didn’t end the game in regulation as the Clippers tied the game at 121 to force overtime.

But, Doncic came up big again in OT, hitting a buzzer-beating 3 to stun the Clippers in the final seconds. The performance from the Reigning Rookie of the Year without Porziņģis and an injured ankle just goes to show the potential to become one of the greatest players in NBA history.

Luka Doncic and Michael Jordan are the only players in NBA postseason history to cap a 40-point performance with a buzzer beater while trailing.

Jordan did it in 1989 when he hit "The Shot" over Craig Ehlo. pic.twitter.com/3zKhCS5Lmz

It was far from a solo effort as Trey Burke and Tim Hardaway Jr. provided key secondary scoring. Seth Curry also got in on the action with 15 points.

Lou Williams and Kawhi Leonard combined for 68 points but were lacking support from Paul George who continued to struggled in the playoffs. The All-Star forward managed just nine points and eight rebounds while shooting 3-of-14 from the field.

The Clippers will be looking to regain the lead in Game 5 of the series, while Mavericks will be hoping that Doncic can continue his magical run with the return of Kristaf Porziņģis who sat out Game 4 with a sore knee.

Previous article‘Wreck Everyone And Leave’ : Roman Reigns returns and attacks ‘The Fiend’ at WWE Summerslam 2020
Next articleNeymar tweets to congratulate the UCL triumph of…Bayer Leverkusen?