‘Wreck Everyone And Leave’ : Roman Reigns returns and attacks ‘The Fiend’ at WWE Summerslam 2020 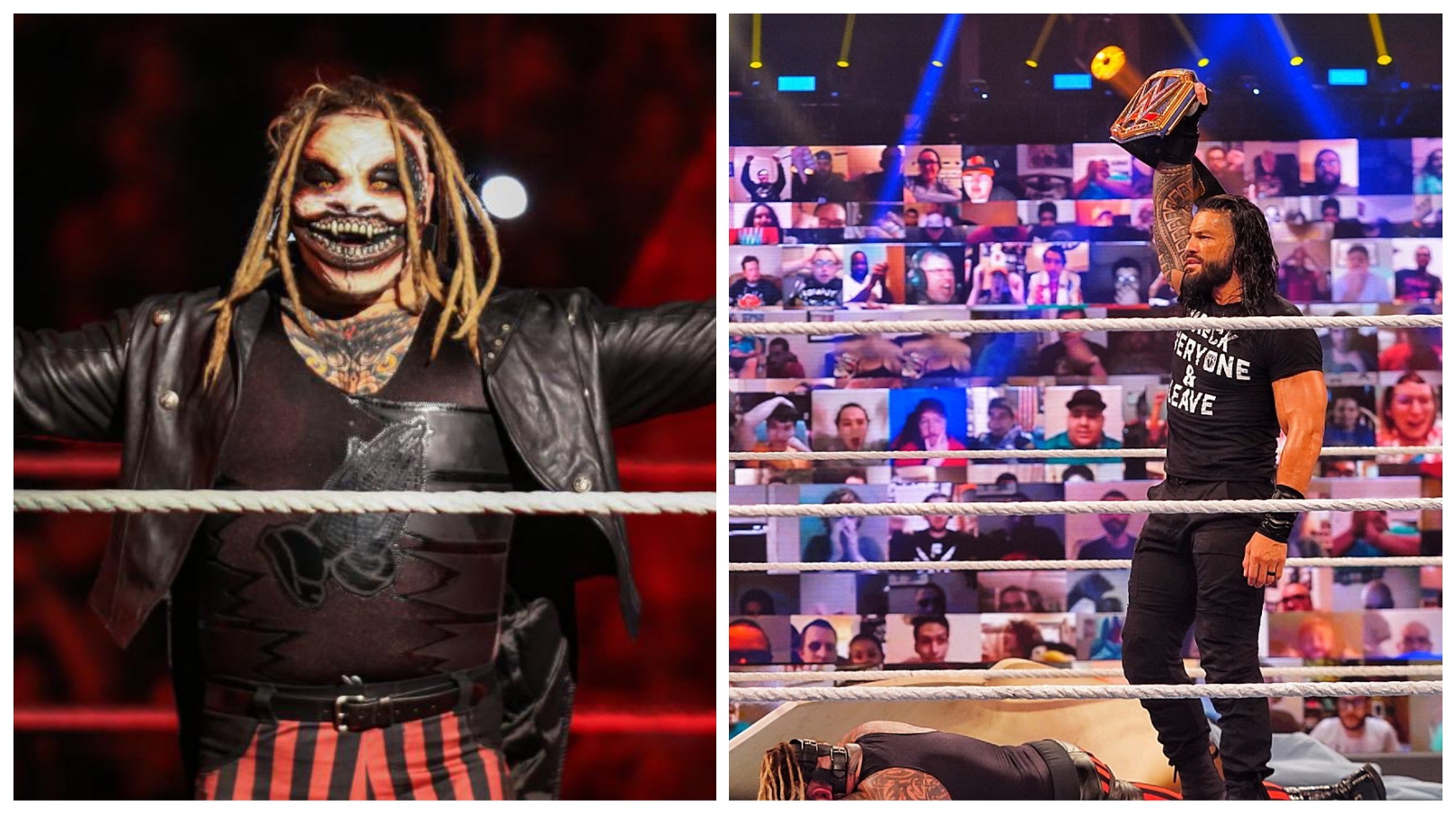 Roman Reigns, who has not been seen in a WWE ring since the spread of the Covid-19 pandemic, returned at WWE Summerslam and immediately sent a message.

‘The Fiend’ Bray Wyatt battled WWE Universal Champion Braun Strowman in a Falls Count Anywhere match. In a battle where both men kicked out of their respective finishers, Strowman, unsettled by Wyatt being unfazed by most of his attacks, cut a portion of the floor padding in order to expose the wooden planks and gain an advantage. However, the plan fell on his head, as ‘The Fiend’ went on to attack Braun and hit him with Sister Abigail for the victory, winning the WWE Universal Champion for the second time in the process.

After the match, Reigns returned and attacked ‘The Fiend’ with a spear. After a torrent of punches on him, Reigns went out of the ring to hit a spear on Strowman as well. Inside the ring, Reigns waited for Wyatt to get up and attacked him with another spear. He ended the show by holding the WWE Universal Championship high as ‘The Fiend’ pressed his hurt glove on his face.

Wearing a ‘wreck everyone and leave’ t-shirt, Reigns’ brutalization of two of the most dominant WWE superstars in 2020 and his constant utterance of such phrases such as ‘I made you’ and ‘You ain’t a monster unless I’m around’ has led a section of the fans to wonder if this is the indication of a heel turn by ‘The Big Dog.’

Reigns Is One Of The Most Prolific Achievers in WWE History

Upon winning the Intercontinental Championship, he became the twenty-eighth Triple Crown Champion and the seventeenth Grand Slam Champion. Additionally, Reigns was ranked number one in Pro Wrestling Illustrated’s annual PWI 500 list of the top 500 singles wrestlers in 2016.