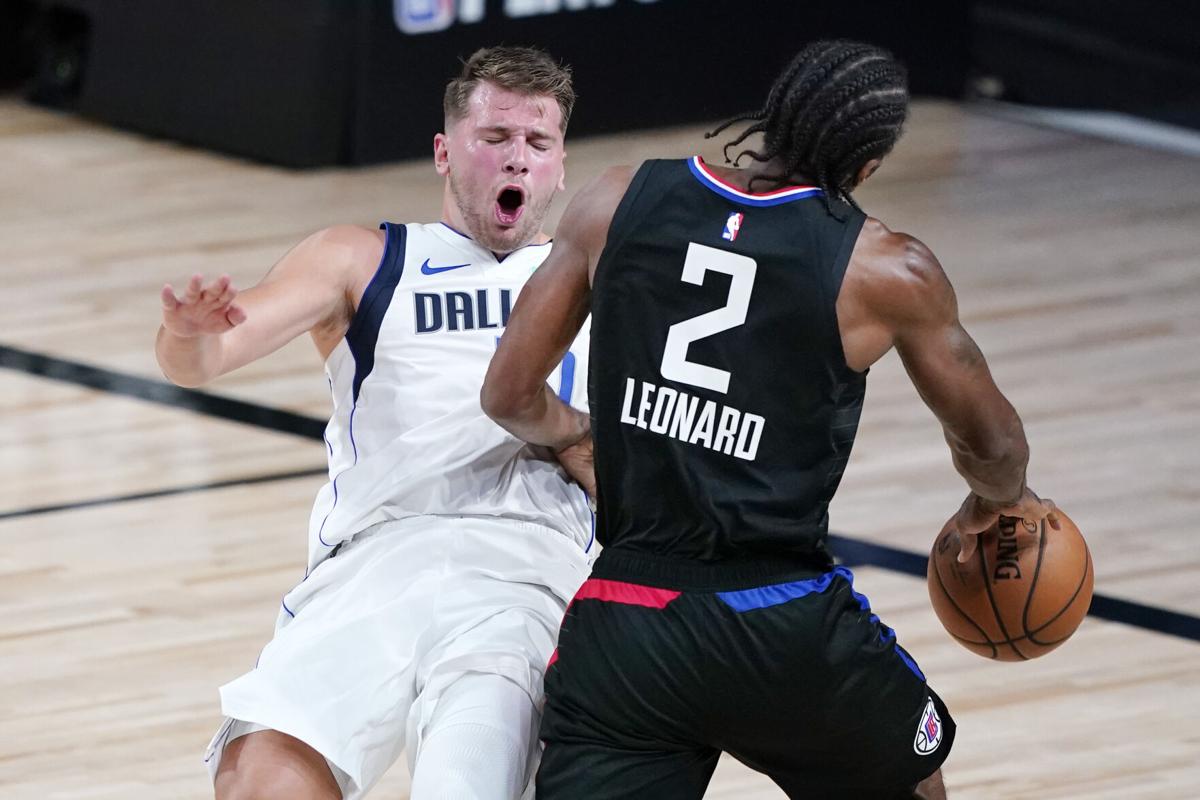 Toronto Raptors and Boston Celtics took comfortable 3-0 leads in the first round of the NBA Playoffs on Friday night, while Utah Jazz put in an impressive display to beat the Denver Nuggets and take a 2-1 lead in the Game 7 series. Dallas Mavericks will be keeping their fingers crossed after star Luka Doncic suffered an ankle injury in their Game 3 loss to the Los Angeles Clippers.

The LA Clippers finally found some rhythm defensively to beat the Dallas Mavericks to take the lead in this Western Conference series. While Doc Rivers’ side led throughout the game, Dallas continued to stay in the game till the final quarter.

Kawhi Leonard had 36 points, nine rebounds and eight assists, leading the Los Angeles Clippers to a 130-122 victory over the Dallas Mavericks on Friday night for a 2-1 lead in the Western Conference first-round series.

Patrick Beverley was missing for the second game in a row with a calf issue. Doc Rivers gave Landry Shamet the opportunity to shine. The guard did not disappoint at all as he played with energy and aggression, scoring 18 points on 7-of-13 shooting.

For the Mavs, Luka Doncic exited the game with 3:58 left in the third quarter after what looked like a left ankle sprain.

After a brief period in the locker room, he returned to start the last quarter but played just under three minutes before checking out of the game for good.

Head coach Rick Carlisle didn’t have an update on Doncic’s ankle as the team awaits the results of the X-ray. “One of the good things is it’s the good ankle, it’s not the one that he sprained a few times the last couple of years,” he added.

"Porzingis and Doncic are not backing down. I love this, man. You know they're trying to bully them, and they're standing up to the bully. … Dallas got a bright future, man."

The Dallas Mavericks failed to restrict the LA Clippers completely but it was their offence that kept them in the hunt till the final minutes of the match-up.

Porzingis had 34 points while Curry and Hardaway Jr. both had 22 each as the Mavs, having trailed by as many as 18 points during the tie.

If the Clippers overcome the playoff rounds, could meet their city rivals Los Angeles Lakers in a potential Western Conference Final and possess plenty of options to throw at a dynamic point forward like LeBron James.

The focal point of their team is undoubtedly, Kawhi Leonard. A crucial player for their team and a priceless asset for the NBA playoffs.