The UFC’s lightweight champion Justin Gaethje is one of the most exciting fighters to watch. As quoted by UFC commentator Joe Rogan  “In a sport that is this violent, Justin Gaethje stands out as the most violent.”

Gaethje was also the lightweight champion at the World Series of Fighting. He defended his WSOF belt five times before vacating it to join the UFC in 2017. Gaethje is arguably the most exciting fighter in the UFC roster. “The Highlight” is known for his high pace, forward pressure, brawling style.

Justin ‘The Highlight’ Gaethje was born in Safford, Arizona in November 1988. He is a lightweight who competed in NCAA Division I Wrestling where he was he was an All-American at the University of Northern Colorado. Despite his wrestling background, Gaethje rarely looks for takedowns and is known for his aggressive stand-up fighting style. He has finished 19 of his 22 fights by knockout or technical knockout and has received five Fight of the Night and four Performance of the Night awards in his seven fights in the UFC.

Justin earned around $2,434,500 in his MMA career and has an estimated net worth of $2 million. He earned nearly half a million for his last fight against Tony Ferguson at UFC 249.

Gaethje has just lost 2 fights in his MMA career. He faced those defeats in the UFC by the hands of Dustin Poirier and Eddie Alvarez.

The bout with Alvarez took place on December 2, 2017, at UFC 218. Gaethje lost the competitive fight by KO in the third round, the first loss of his MMA career. The fight also earned him his second consecutive Fight of the Night bonus award. At the World MMA Awards, it was named the fight of the year. Gaethje said after the loss, “It was the time of my life. Honestly, being in front of that many people, being able to put my skills on the line at the highest level on a pay-per-view, all of those things, it was a dream come true for me. I said it before, I said it many times, that I was going to lose (eventually). If I lost, I hoped that I would get knocked out. All of those things came true.”

Gaethje lost a back-and-forth fight via TKO in the fourth round to Dustin Poirier on April 14, 2018, at UFC on Fox 29. The fight earned Gaethje his third consecutive Fight of the Night bonus award. Sherdog named Gaethje vs. Poirier as the best fight of 2018.

On April 6, it was announced that Gaethje would step in on short notice to face Tony Ferguson for the interim UFC Lightweight Championship at UFC 249. However, on April 9, UFC president Dana White announced that this event had been postponed, and the bout instead took place for May 9, 2020.

Gaethje dominated the fight, stopping Ferguson via TKO in the fifth round, and thus ending Ferguson’s record of 12 wins in a row. He also continued his bonus award streak, earning the Fight of the Night and Performance of the Night awards. This made Gaethje the only fighter in UFC history to win at least one fight night bonus in each of his first seven appearances. 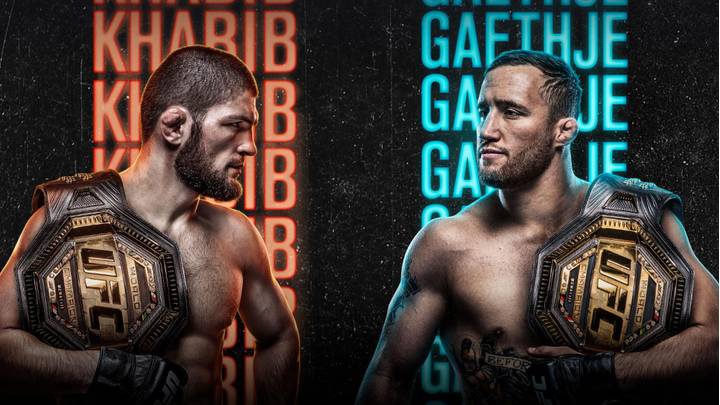 Gaethje is now scheduled to compete in a unification bout for the UFC Lightweight Championship against Khabib Nurmagomedov on October 24, 2020, at UFC 254.

Should transgender fighters like Alana McLaughlin be allowed to compete in MMA?