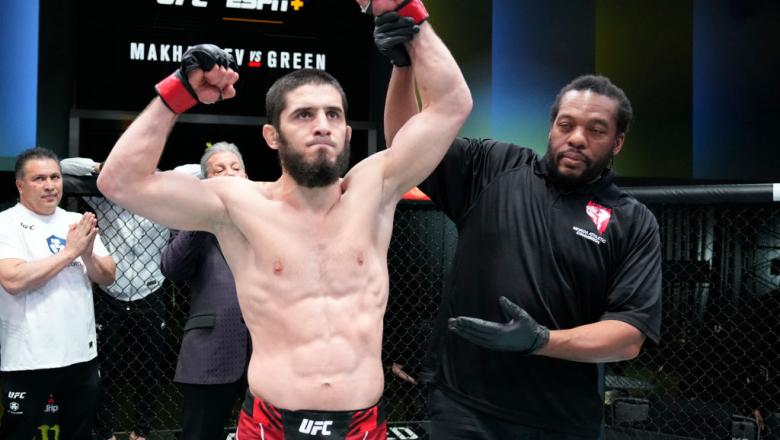 If you’ve been watching the UFC for a while, you’ll have noticed that there is a plethora of Russian MMA fighters that are currently at the top of their game. They are known to dominate competitors.

One Russian MMA fighter you’ll definitely have heard of is Khamzat Chimeav. This is mostly down to his flawless record of twenty-nine wins and no losses to speak of (yet). Some might say he was getting a little bit too comfortable at the top – until his fight with Gilbert Burns, that is. He came in as the strong online betting favorite, but the fight was practically even.

(Many people called it “fight of the year”)

Chimeav is 170 pounds worth of pure power and had become renowned for his quick wins, but former Ultimate Fighting Championship Flyweight Champion Henry Cejudo stated that Chimeav revealed too much emotion in this fight against Burns. He went on to say that “You don’t want to show that you’re able to take punishment” which is exactly what Chimeav did – especially the significant strike in the second round that nearly served him his first loss.

His training partner Darren Till said that it was beneficial that Chimeav ‘tasted a bit of getting punched and having to dig deep for the win’ as this ‘changes you as a fighter, as a man.’ The fear that this almost defeat ignited will keep the MMA favourite on the top of his game and will undoubtedly make him focus on his training.

Russian MMA fighters to keep an eye on

While Khazmat Chimeav is the man of the moment, he wouldn’t have gotten anywhere without Khabib Nurmagomedov paving the way. This former UFC lightweight champion had a perfect record of 29-0 when he retired back in 2020.

But that wasn’t the only record the 33-year-old from Dagestan in Russia has broken in his career. Back in 2018, he fought one of his most disgruntled rivals, Connor McGregor, in a pay-per-view event that brought in a record breaking 2.4 million viewers.

Nurmagomedov is considered one of the most influential of the MMA Russian athletes we’ve seen in the UFC. This was confirmed when it was announced he would be taking his rightful place in the UFC Hall of Fame in March of this year. The ceremony will take place at the 10th Annual UFC International Fight Week that will be held inside the T-Mobile Arena in Las Vegas from 27th June – 3rd July 2022.

Another name to look out for if you don’t know him already is Askar Askarov. Coming in at 125 pounds, he’s in the top five of the flyweight division and is just a couple of wins away from fighting for the belt.
Before making it into the UFC, Askarov had a professional record of 11-0 thanks to his incredible wrestling and Brazilian jiu-jitsu skills. It’s down to the skills he has in these martial art practices that have meant he has attained half his wins by his opponents submission.
But things haven’t been as easy as he came to the UFC. He’s had to rely on the judges to bag a lot of his wins and has been accused of playing it too safe. This includes his fight and recent loss to the New Zealand native James Kaiwhare Kara-France, but the hope is this might encourage him to step up the aggression and come back with a bang against his next opponent.

Next on the list of Russian MMA fighters is arguably the best current fighter in the UFC lightweight division – Islam Makhachev. His current professional record is 22-1 and has already made a name for himself as one of the lightweight fighters to beat.
He has managed to sky rocket up the rankings in the lightweight division having started 2021 unranked. But thanks to three victories against Drew Dober, Thiago Moises and Dan Hooker he managed to burst through into the top 10 of the division. These wins and the ease with which he manages to achieve them certainly bode well for the next stages of his career.

What is it that sets these Russian MMA fighters apart from the rest at the UFC? It might be down to the Russian martial art training technique called Sambo.
Sambo has been around since the 1920’s but has managed to fly under the radar as a training technique – until fighters started winning that is. Sambo takes all of the most effective techniques from martial arts practices such as jiu jitsu, wrestling and judo. Only the best techniques were taken from these martial arts and were combined together to prepare fighters for any kind of combat.