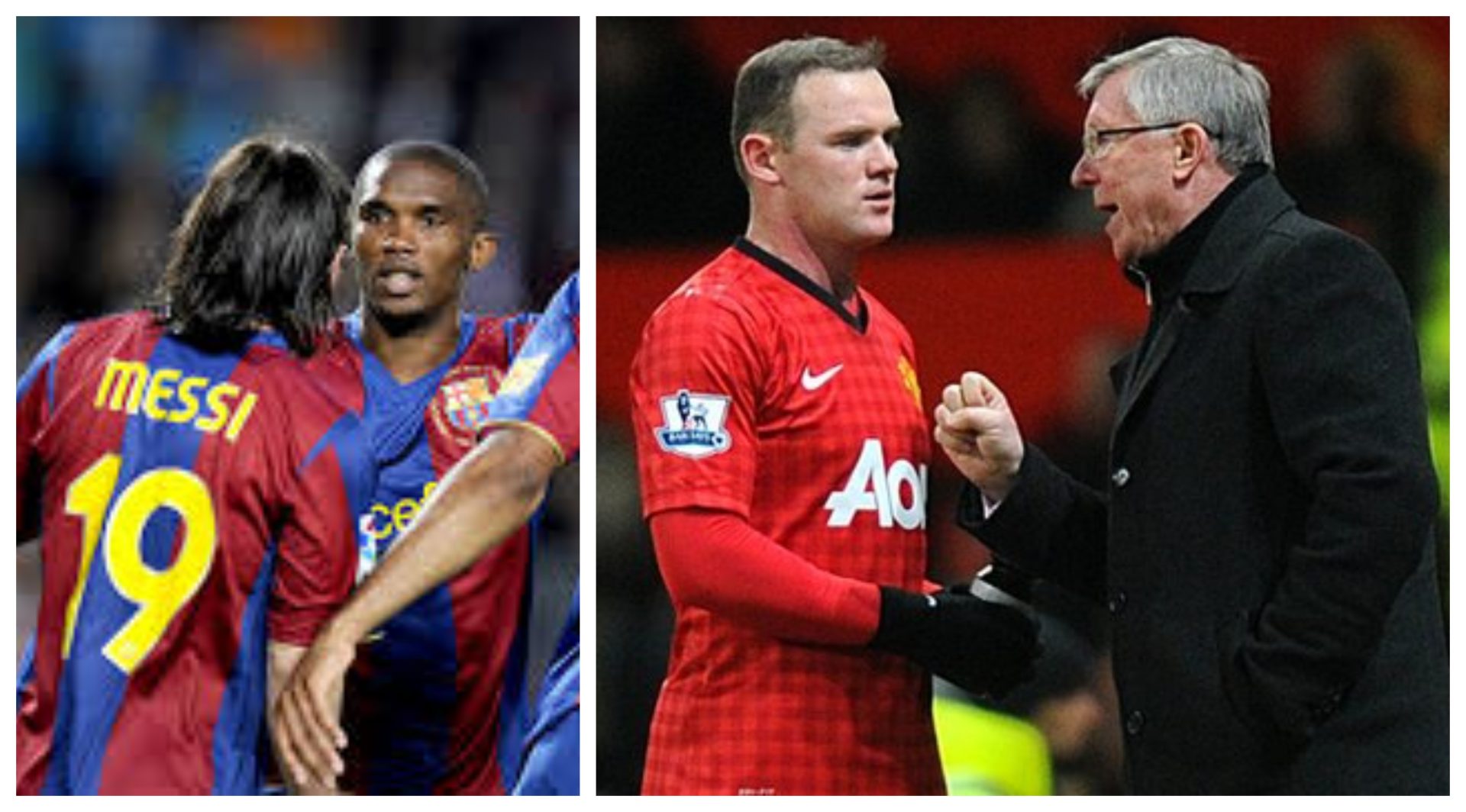 The Red Devils, along with the likes of Milan and Madrid were among the elites. And, hence it was inevitable that they would more often than not have to lock horns with Pep’s Barcelona, a squad many claim to have been the best ever assembled in football.

Manchester United in particular was involved in a regular fistfight with the Catalans for European supremacy and the contest almost always ended in favor of Barcelona, memorably in 2009 and 2011 Champions League finals.

Wayne Rooney, an integral part of the then Manchester United had some interesting insights to share about those meetings.

The Barcelona of those times was among the best of all time when it came to possession-based football and were near-invincible when at their best. But they could be beaten. Mourinho’s Inter Milan showed it. Chelsea in 2012 showed it. Even the United of 2008 showed it.

But for that to happen, the opposing team must first accept that Barcelona are better than them and should not try to defeat them at their own game. This is where Rooney thinks Sir Alex Ferguson was at fault, for he tried to go ‘toe to toe’ in possession-based football with perhaps the greatest side ever assembled.

Wayne Rooney .was speaking with the Sunday Times discussing Real Madrid’s chance of overturning a 2-1 deficit against Guardiola’s Man City in the 2nd leg of Champions League last 16 clash.

“It’s always hard for a club like Real to go into a game saying ‘we’ll surrender the ball’. It is the same for United.”

“But we lost two Champions League finals going toe-to-toe with Guardiola’s Barcelona, by trying to press high and get round them, which was suicidal.

“I remember Alex Ferguson saying ‘we’re Man United and we’re going to attack, it’s in the culture of this football club’ and thinking ‘I’m not too sure about this’.”

As Rooney rightly points out the key to winning against Barca was Mourinho’s much dreaded ‘park the bus’ , an approach he executed to perfection in the 2010 Champions League semi-final.

“I think all the players knew, deep down, it was the wrong approach, that we were abandoning the way that had brought us success in that 2008 semi-final — and sure enough both times we got outplayed.” Rooney laments.

Manchester United had knocked out Barcelona on the way to winning the trophy in 2008, battling to a 1-0 aggregate win after two solid, strategic performances.

Not many teams can reach the level of finesse and talent that Pep’s Barcelona possessed with many claiming the squad to be the best ever assembled in football. Even Pele’s Brazil of 1970 and Cryuff’s Holland of 1974 didn’t really show the level of consistency that the Catalans showed from 2008-2011.

The side had some of the greatest playmakers and players of all-time in Xavi, Iniesta, Busquests, David Villa and, of course, Messi. Even sir Ferguson, just after the 2011 defeat repeated the commonly accepted notion

“They’re the best in Europe, no question about that. In my time as a manager, I would say they’re the best team we’ve faced. Everyone acknowledges that and I accept that”

Barcelona are up against Napoli in the last 16 of Champions League after losing the La Liga and in amidst of their worst ever season in recent times, with rumors of Messi leaving the club aplenty. With the hopes of CL already low, Barcelona fans around the world are desperately hoping for some Messi magic to save the sinking ship that Camp Nou has become.

The current state of Catalans does make you want to go back a decade, the times of Xavi and Iniesta and a young Messi and the all winning Pep Guardiola’ Barcelona.