Banfield FC -The Rodriguez respite after the corona chaos 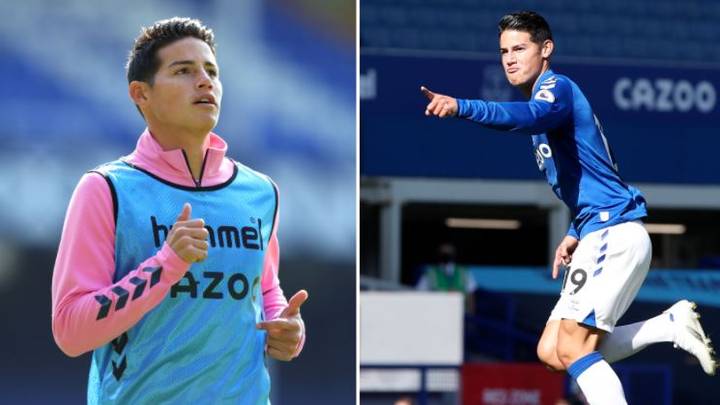 Banfield FC, the former Argentinian Champions and James Rodriguez’s footballing patrium, haven’t been going through the best of times and the recent corona scare has further marred the already worsened conditions of the Argentinian club.

But now, a savior in the form of James Rodriguez has come forward to help them in these dire straits. Rodriguez had been a part of a hugely successful stint for the side, in which Banfield won their maiden title in the first division as well as catapulted the Colombian magician to global stardom.

And the recent transfer of the Colombian from Real Madrid has turned into a blessing in disguise for Banfield FC.

The 29-year-old Colombian playmaker is coming off quite a succesful stint with Real Madrid and would look to continue where he left off at Everton.

Rodriguez has been quite a mover as far as football is concerned and a career that started at Banfield saw him ply his trade at Porto, Everton, and Real Madrid.

⚽️ Interesting news, as #Banfield 🇦🇷 reveals that #JamesRodriguez's transfer from #RealMadrid to #Everton was made at no cost. As a result, the Argentinian club, #Envigado, #Porto and #Monaco, are not entitled to any solidarity payments 👉https://t.co/heVJuIE8RC pic.twitter.com/hKv0WPXhWk

However, a phrase in his contract with Banfield FC ensured that every time he moved from one club to another, Banfield would receive a small percentage of the transfer fee.

But, the recent reports confirmed that his transfer from Spain to England was a free one and as a result, Banfield was not to receive any benefits from his transfer.

However, James Rodriguez being the man he is, on knowing the dire conditions of his former club during the coronavirus pandemic, decided to donate a part of his salary to the club.

It was an extremely touching gesture from a man who despite having been on the stratosphere of football elites remains faithful to his old club.

Maybe when the time comes and  Rodriguez decides to hang up his boots, he will join Banfield for one last hurrah.

What next for James Rodriguez and more PL news-

The Colombian playmaker has shown glimpses of his imperious best and was instrumental in Everton’s 1-0 win over Tottenham.

On the other hand, Frank Lampard’s new-look Chelsea couldn’t keep up with Liverpool’s superior quality as the Blues succumbed to a 2-0 defeat.

Ghost from the past: Dele Alli’s Real move in jeopardy over his 2017 comments