Who Are The Front-Runners To Win The Champions League This Season?

The Champions League draw has been set, which means that Europe’s biggest sides can now plot their way towards European domination in the 2022-23 season.

Following the draw, Manchester City are the clear 5/2 favourites with Betway, as of August 26th, but Pep Guardiola’s side have so often been the front-runners in the betting and disappointed when the knockout stages have got underway. But, who are the main contenders to win the European Cup this season, and could there be a shock rival to compete for the crown?

Pep Guardiola was brought in by Manchester City to achieve one landmark that the club are yet to reach- win the Champions League. So far, City are yet to get their hands on the famous trophy, with the closest that they came coming when they were beaten by Chelsea in the final in 2021.

However, there is certainly renewed hope surrounding their chances this season, as the arrival of Erling Haaland certainly addresses an area of weakness from last season. City’s Achilles heel in the competition last term was being unable to finish off Real Madrid when they had them on the ropes in the semi-final, and they were made to pay for not taking their chances as the Spanish giants completed a famous comeback.

Haaland’s arrival not only ensures their dominance domestically, but he can also provide the goals to ensure that no side in Europe can stop them this term. However, City fans won’t be getting too excited just yet, as there have been countless occasions in recent seasons where they have been favourites to win the Champions League, only to be knocked out when the pressure was mounting.

Like City, PSG have been chasing Champions League success since their wealthy owners took over the team. However, also like the Premier League side, they are yet to achieve that victory that they are craving.

The Parisians came close to ending their wait in 2020, but they were narrowly beaten by Bayern Munich in the final. Lionel Messi’s arrival to the club appeared to enhance their chances last term, but PSG failed to reach the final for the second straight season as they were beaten in the round of 16 by Real Madrid. That result almost effectively ended Mauricio Pochettino’s time at the club, and the former Spurs boss was replaced by Christophe Galtier.

The new head coach has wasted little time in stamping his authority on the team full of megastars, but the Frenchman has insisted that lack of team work has been a reason for their downfall in recent seasons. PSG have already strengthened during the summer, with Renato Sanches, Nordi Mukiele, and Vitinha among the big-money additions. But, whether that will be enough to turn the tide in their favour in Europe remains to be seen. 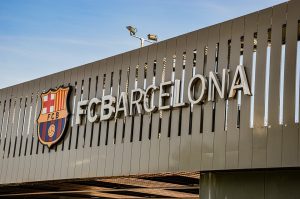 Regardless, the Reds remain one of the standout sides in the competition this season, as they look to win back the trophy that they last got their hands on in 2019. Last season, they were narrowly denied success in the biggest club game on the planet, as Real Madrid edged to a 1-0 success. This new season hasn’t started as well as many Reds fans would have been hoping for, as their wait for a first domestic victory of the season still hasn’t come after three rounds of fixtures.

However, one of the reasons for their poor form at the start of the season has been the injury issues that the club have needed to contend with. That same issue isn’t likely to be a factor when the Champions League gets underway, and the Reds will have their full squad ready to fire in Europe.

There are a number of interesting sides that could be declared as dark horses for the competition this season, but the most fascinating is Real Madrid. The defending champions are the fifth favourites to win a second straight title this season, which appears remarkable given that they were written off throughout last season only to come out on top.

Madrid’s run to the final showcased just how important tournament experience is when it comes to the Champions League, as they beat Chelsea, PSG, and Manchester City, before overcoming Liverpool in the final. It has been a summer of change at the club with holding midfielder Casemiro joining Manchester United, but Carlo Ancelotti certainly has confidence in the young players within his squad to fill that void.

There will be extra pressure on Aurelien Tchouameni and Eduardo Camavinga to step up and replace the Brazilian, but both have impressed already this term. It’s not a case that they should be the favourites to win the Champions League, but if they are in the same form as last year, they could be massive over-priced.