Carlo Ancelotti linked with a stunning return to Real Madrid 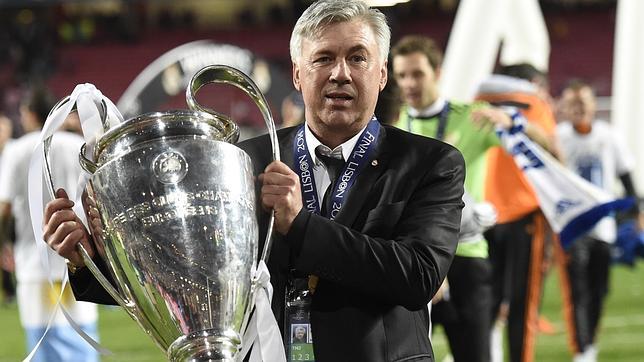 Real Madrid are seriously considering bringing back Carlo Ancelotti to Santiago Bernabeu after Zinedine Zidane left his post following the end of the season. The Italian manager, who managed the Los Blancos from 2013 to 2015, is still currently under contract with Everton.

According to Spanish media outlets, the appointment of Ancelotti as the manager of Real Madrid is imminent and should be a done deal in the next few hours.

Ancelotti had replaced the departing Jose Mourinho back in 2013 and led the team to the elusive La Decima in 2014 after a nervy win over Atletico Madrid.

The 61-year-old was relieved off his duties at the La Liga club in 2015 and eventually went on to manage Bayern Munich and Napoli before ending up with Everton.

Sources also claim that there are a few more candidates on the radar of Perez, but the vacant Antonio Conte is reportedly not one of them. The candidate list reportedly includes the Spurs-linked Mauricio Pochettino, and former Real Madrid players Raul and Xavi Alonso.

The Everton manager is apparently in good terms with Florentino Perez despite his sacking in 2015. Perez had admitted that sacking Ancelotti was a very difficult decision as he had won the hearts of both the board and the fans.

Ancelotti might bid adieu to the Premier League for Madrid resurrection

The veteran manager was hired by Everton following the sacking of Marco Silva. While Duncan Ferguson was the interim manager for a while, he remained with Ancelotti as part of his backroom staff.

Everton finished 12th that season and they subsequently ended in 10th place under Ancelotti’s first full season in charge. The finish left everyone frustrated given how well Everton had started the season and how they remained in contention for a spot in Europe for the majority of the season. He had also made several impactful signings such as the likes of James Rodriguez and Allan.

The departure of the Italian mastermind would leave Everton in a vulnerable place as they would have to begin yet another search for a manager. Duncan Ferguson is a candidate, who led the side with great efficienct during his short reign as interim manager, the other probable appointment could be Nuno Esprito Santos, who recently left his managerial post at Wolves.