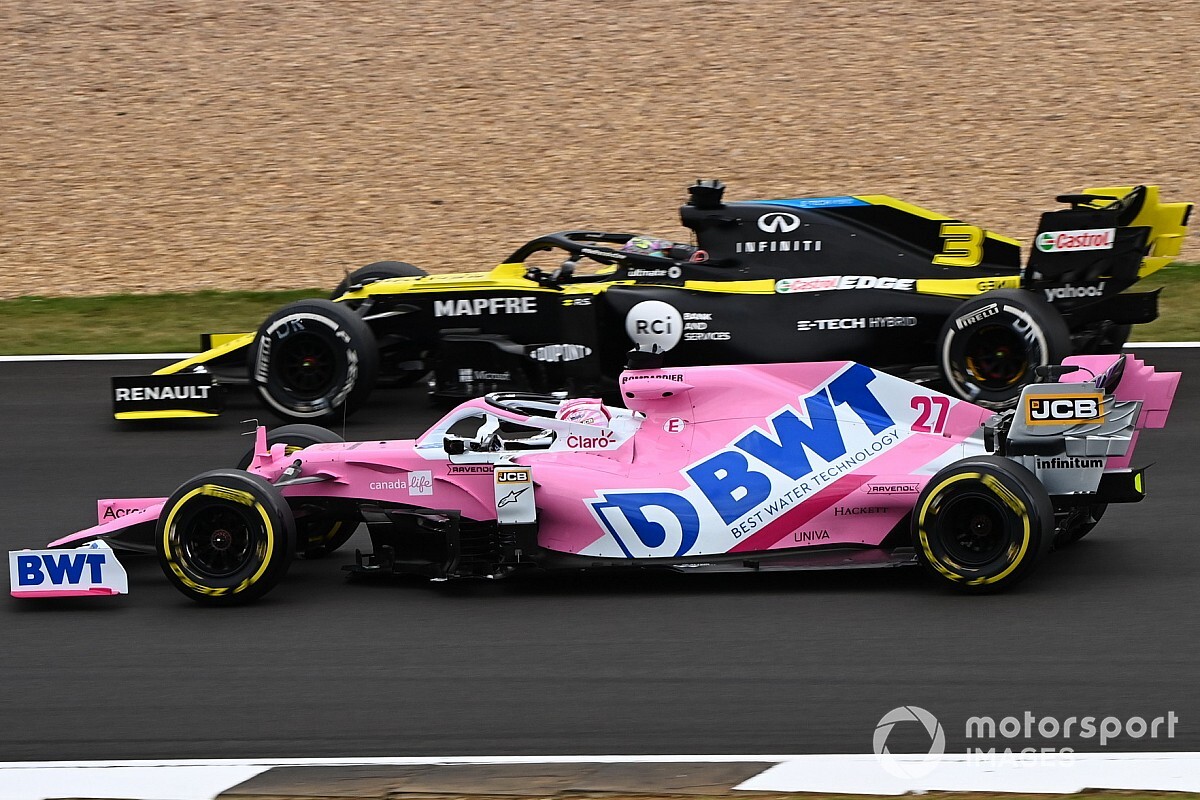 Renault have announced their decision to withdraw an appeal against the penalty handed out to Racing Point for what was apparently illegal rear brake ducts on their RP20 racing car, with Renault citing “concrete progress in safeguarding the originality in the sport” as their reason for the withdrawal.

F1 penalised Racing Point 15 points and fined them 400,000 euros for a breach of the sporting regulations at every race since the season-opener in Austria The Silverstone-based outfit has been permitted to continue to use the brake duct design in question for the rest of the season, a decision which prompted an angry response from rival teams who felt the penalty was too lenient.

The full statement from Renault read:

“Renault DP World F1 Team confirms that it has requested to withdraw the appeals lodged against the stewards’ decisions in relation to BWT Racing Point F1 Team’s brake ducts,”

“Beyond the decisions, the matters at issue were vital to the integrity of Formula One, both during the current season and in the future. However, intensive and constructive work between the FIA, Renault DP World F1 Team and all Formula One stakeholders has led to concrete progress in safeguarding the originality in the sport by way of amendments to the Sporting and Technical Regulations planned for the 2021 racing season, confirming the requirements to qualify as a Constructor.”

“Reaching this strategic objective, in the context of the new Concorde Agreement, was our priority. The controversy of the start of this season should be put behind us, as we need to focus on the remainder of an intense and unique Championship.”

Renault DP World F1 Team confirms that it has requested to withdraw the appeals lodged against the stewards’ decisions in relation to BWT Racing Point F1 Team’s brake ducts. pic.twitter.com/4jMHvU8oKC

It’s not yet clear whether Ferrari or Racing Point plan to continue with their own appeals, with Racing Point’s CEO and Team Principal Otmar Szafnauer having been unhappy about the severity of the punishment, and telling the media that Racing Point “need to clear our name”.

Stroll earlier highlighted five sections of the stewards’ report where they had stated ‘mitigating circumstances’, including the concession of a lack of detailed focus on brake ducts by the FIA personnel who inspected the RP20 in March 2020.

“I do not often speak publicly, however I am extremely angry at any suggestion we have been underhand or have cheated. My integrity – and that of my team – are beyond question.” Full statement from Lawrence Stroll now on racingpointf1.com #formulaone #formula1 #f1 #motorsport #racingpoint #bwt #bestwatertechnology #bottlefreezone #britishgp #f170

Formula 1 will be heading to Spa in Belgium this week with Racing Point having surprised most teams with their performances this season, including a P3 qualifying for Nico Hulkenburg who replaced Sergio Perez who had tested positive for coronavirus.  F1 confirmed on Tuesday that the 2020 season will include 17 races ending in the UAE in December later this year.

The case is likely to move to the International Court of appeal if Racing Point and Ferrari continue to move ahead with their decision of appeal.