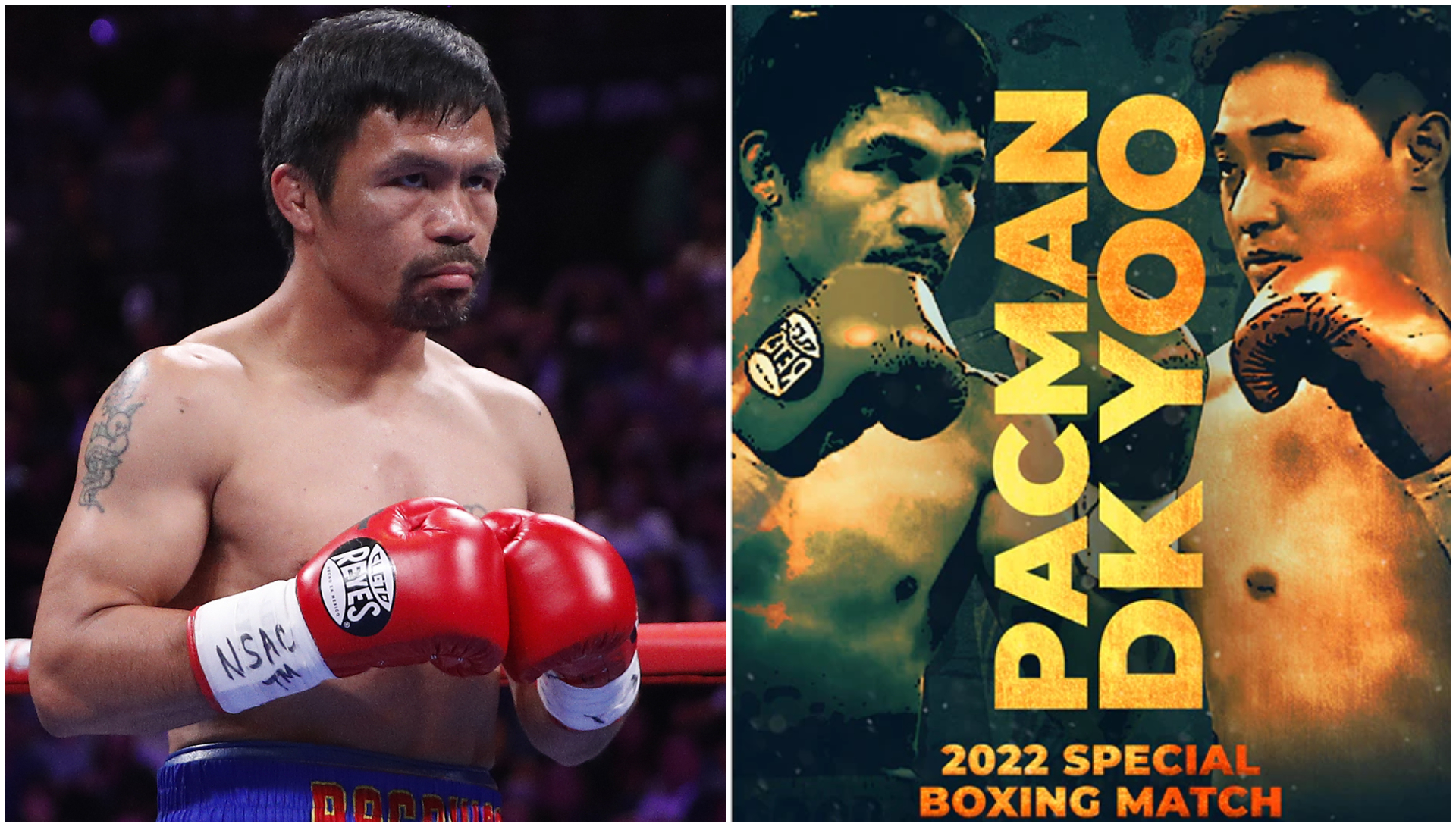 The former 8-division world champion Manny Pacquiao is set to make his return to the boxing ring for an exhibition fight against South Korean YouTuber and Martial artist DK Yoo later this year in December. Yoo, who boasts 654,000 subscribers on his YouTube channel had announced that he would fight Manny Pacquiao in an exhibition match in a short video clip that he posted a couple of weeks ago. ‘PacMan’ was also a part of the video clip where he accepted the challenge and confirmed the fight.

Manny Pacquiao and DK Yoo are yet to ink the agreement

Pacquiao and Yoo are set to sign the agreement for their exhibition match next week, according to the invitation sent out to Philippine media on Thursday. The contract signing is set to take place on July 20 in Manila with both fighters present.

Yoo, who teaches self-defense through his War Combat System and has conducted martial arts seminars, has previously announced the exhibition fight on his YouTube channel.

“I have told you I’ll fight against one of the best fighters in the world. I tell you right now who my next opponent. I’m going to fight against Manny Pacquiao,” he said.

Yoo has not fought professionally although he claimed on his website that he has “experienced various types of martial arts including boxing, kung fu, wushu, judo.”

In his last exhibition, he was badly overmatched by former UFC fighter Bradley Scott in six rounds. Yoo claimed to have met with Pacquiao in the Filipino’s residence in General Santos early this month. He even included in the same YouTube video a message from Pacquiao himself.

“DK Yoo, see you in the special event this coming December. God bless you and be safe,” said Pacquiao.

It was back in September when Pacquiao decided to hang up his gloves. In his last fight, he faced a former Olympic bronze medalist from Cuba, Yordenis Ugas. The latter won the encounter via 12-round unanimous decision (116-112, 116-112, 115-113). Following that, the Filipino senator had tried his luck in the 2022 presidential elections last May, but he came in third with 3,663,113 votes.

Previous articleRyan Garcia admits he needs Gervonta Davis for super mega-fight: Whoever wins becomes the face of boxing
Next articleWhat does “+2.5 set spread” mean in tennis?