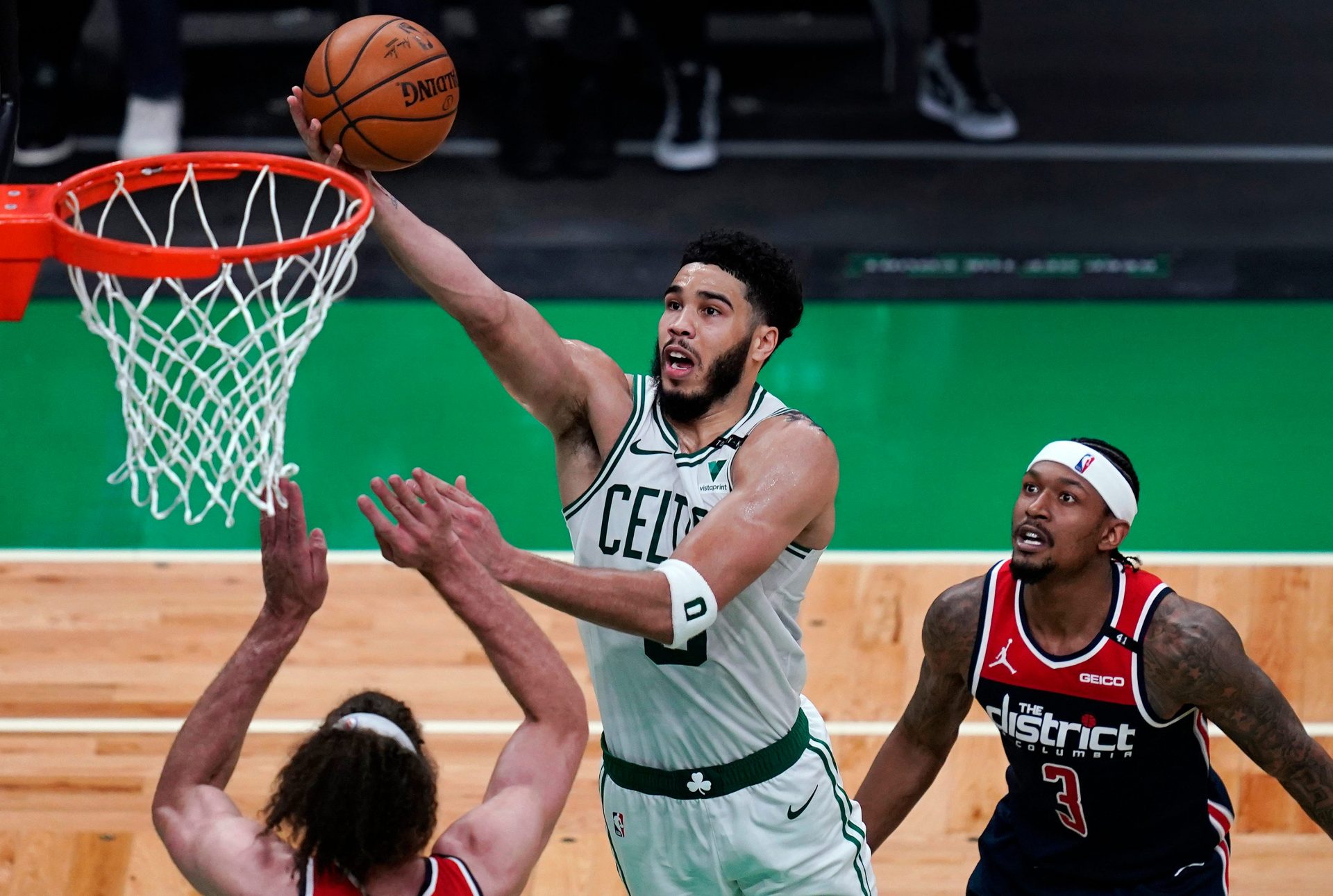 Boston Celtics advanced to the playoffs as the seventh seed following a 118-100 win over Washington Wizards. Jayson Tatum grabbed the headlines with a stunning 50-point display at the TD Garden.

The 23-year-old scored almost half of his points tally in the third quarter alone which yielded the Celtics 38 points and a massive lead in the process.

Celtics led after the first quarter by six points, the margin switched to a two-point trail at the half-time mark.

The hosts exploded on the back of the heroics of Tatum‘s heroics in the third quarter and racked up the all-important win which confirms their place in the playoffs.

Tatum shot 14-of-32 for the game and hit all 17 of his free throws and led the Celtics side to a win without Jaylen Brown. Following the end of the third quarter, Tatum had 41 points to his name, his career-high spanned across three-quarters of a game. Kemba Walker also stepped up with 29 points to his name.

Washington Wizards, who arguably headed into the fixture with better momentum than the Celtics failed to seal a direct spot in the playoffs, and will have to face Indiana Pacers for the eighth seed in the Eastern Conference.

The in-form duo of Russell Westbrook and Bradley Beal could not assert much control to the contest as they would have liked to. Westbrook landed 20 points and 14 rebounds while Beal top scored with 22 points for the visitors.

Tatum and Celtics start as underdogs against rampant Nets

Boston Celtics have a huge task at hand if they want to progress in the Eastern Conference, and that is defeat heavyweights Brooklyn Nets in a best-of-seven series.

The franchise have had deep runs in the post season as of late after making it to the conference finals in 2017, 2018 and 2020.

They will have to be at their defensive best with the Nets carrying some serious threat on the offence. The Nets will most likely field the ‘big three’ together after giving the trio some time during the fag end of the regular season to gel.

“Those guys are the best of the best, and going into that if I’m a fan and just a general fan of the NBA, I have a hard time seeing them lose,”