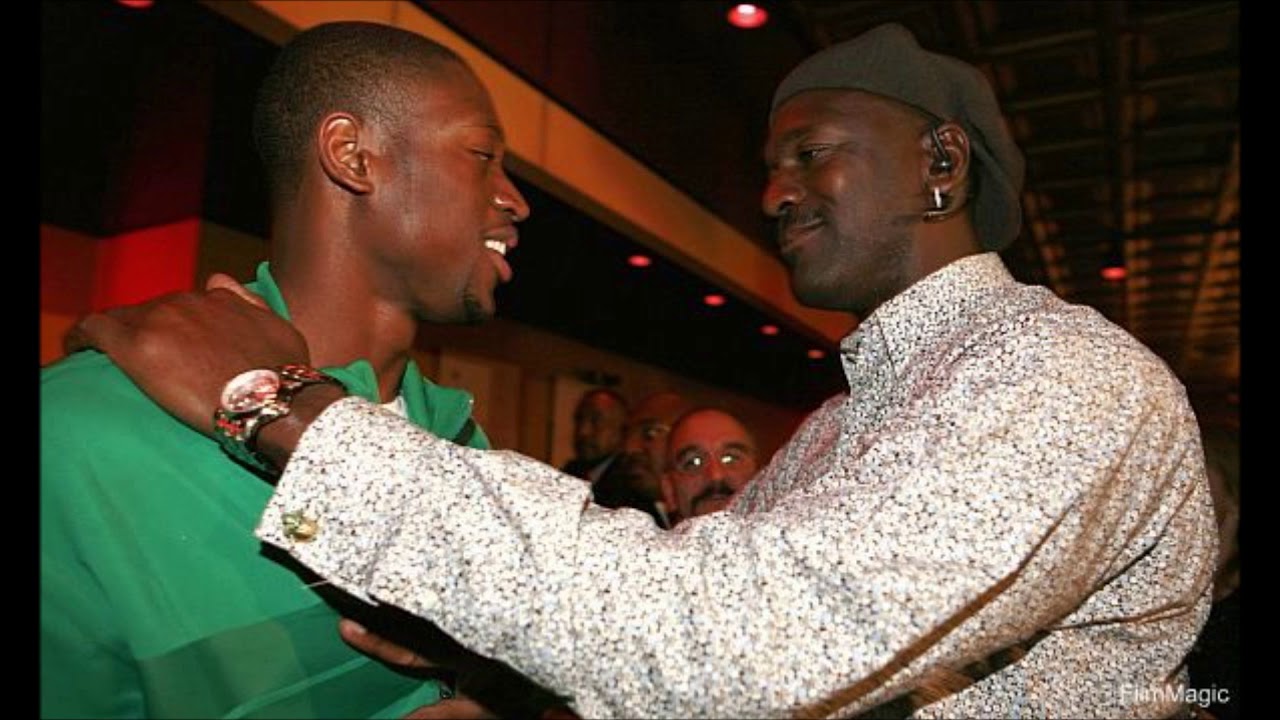 Dwyane Wade has carved himself a legendary career glittered with accolades and silverware. But before beginning his exploits in the NBA, he was also in the NBA Draft much like any other promising youngster. He recounted a special interaction with Michael Jordan after he celebrated being picked up in the draft.

The Chicago native was the fifth overall pick in the 2003 NBA Draft. Wade was roped in by the Miami Heat where he would eventually spend fourteen years as a player.

Following the inclusion, Wade had thrown a draft night party and was met with a pleasant surprise.

Wade, who idolised Jordan while growing up was met with the news during the party that the legend himself was outside, but was stranded by security.

Jordan congratulated Wade on being drafted in the league

The Chicago Bulls star congratulated the 21-year-old Wade on being drafted in the NBA. Wade proceeded to recount the entire incident.

“Jordan is sitting outside on a motorcycle with like 30 people. And I run up to him and he’s like, ‘Yo! young fellow. I just wanted to come and show you some love. Congratulations on being drafted, so on and so forth.’ So we had like this moment outside and Michael Jordan came to my party.” he added

Picking up the shooting guard was one of the smartest things Heat did in as he went on to set the court ablaze.

He won the NBA Championship thrice with the side, and those are the only titles Miami Heat have in their history. The 38-year-old was also crowned as the MVP in the 2006 Finals where Heat defeated Dallas Mavericks in six games to win their first championship.

Wade parted ways with Miami heat in 2016 and spent brief one-year stints with his local team Chicago Bulls and Cleveland Cavaliers. He eventually returned to Heat in the 2018-19 campaign before calling it a day.