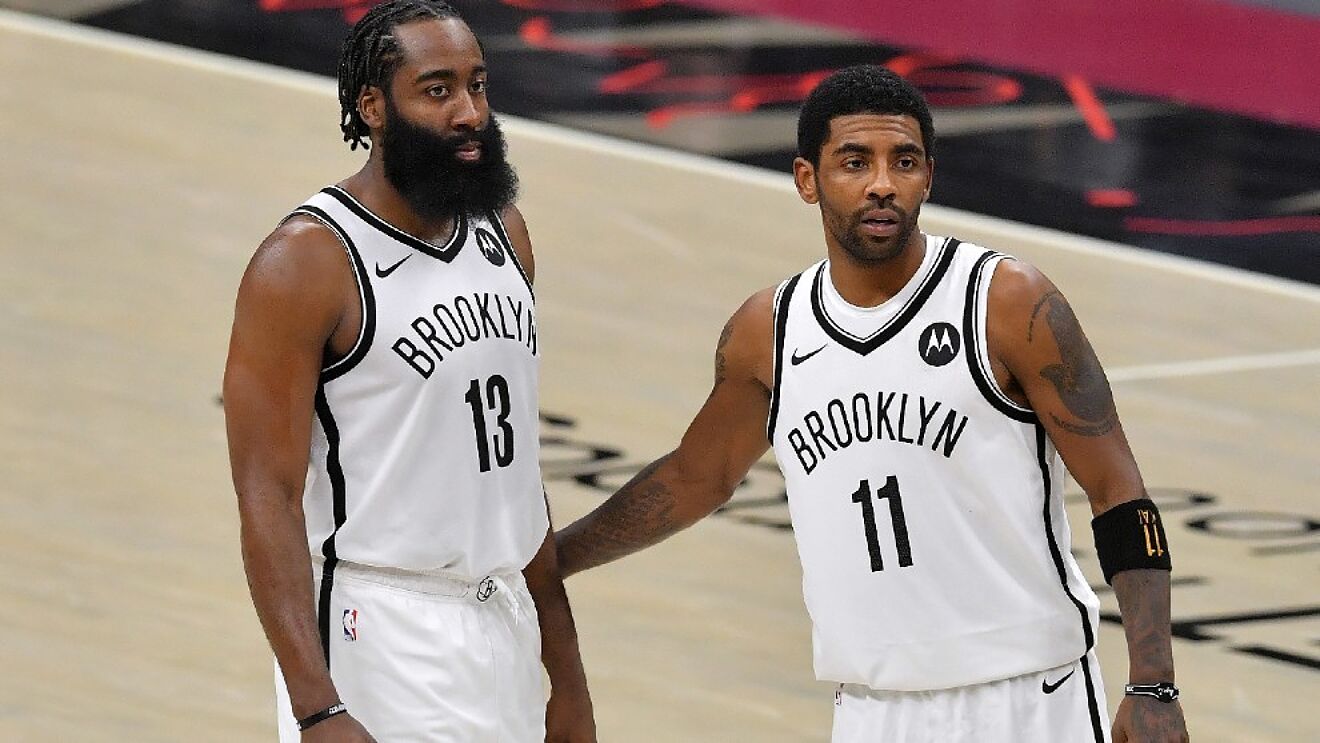 Kevin Durant led the charge in the playoffs during the NBA Playoffs with constant injuries to Kyrie Irving and James Harden making a huge impact. Brooklyn Nets bowed out of the season after a defeat in seven games to eventual NBA Champions, Milwaukee Bucks.

With the firm belief that injuries being the only obstacle between them and their maiden title, the franchise are open to keep a hold of the big three. In their first season playing together, Steve Nash was unable to field the trio as much as he would have liked.

They eventually wound up with the second seed in the Eastern Conference, only behind the Philadelphia 76ers. They swept past Boston Celtics 4-1 in the first round of the playoffs but failed to capitalize on a 2-0 and a 3-2 lead in the conference semi-finals.

Nets Gm confident of striking a deal with the duo

Kevin Durant signed a four-year, $198 million extension with the Nets that keeps him with the franchise through the 2025-26 season. Nets general manager Sean Marks expressed optimism of the franchise reaching terms with the rest of the entourage. He said:

“As it pertains to Kai and James, we’re having those discussions with them now,” said the Nets GM. “There’s no immediate hurry to get any of these guys done in terms of the first day of free agency. These are opportunities for us to sit down, break bread together, meet with Joe Tsai, and really all get on the same page.

“I feel very confident that first day of training camp, we’ll be looking at those three, in particular, being signed, sealed, and delivered and being a part of the Brooklyn Nets for a long time to come.” Marks said

The Nets had recruited James Harden from Houston Rockets following a drawn-out saga that seeped into the season start as well. The franchise will hope to do better in the upcoming season after having narrowly missed out on the Eastern Conference Finals.