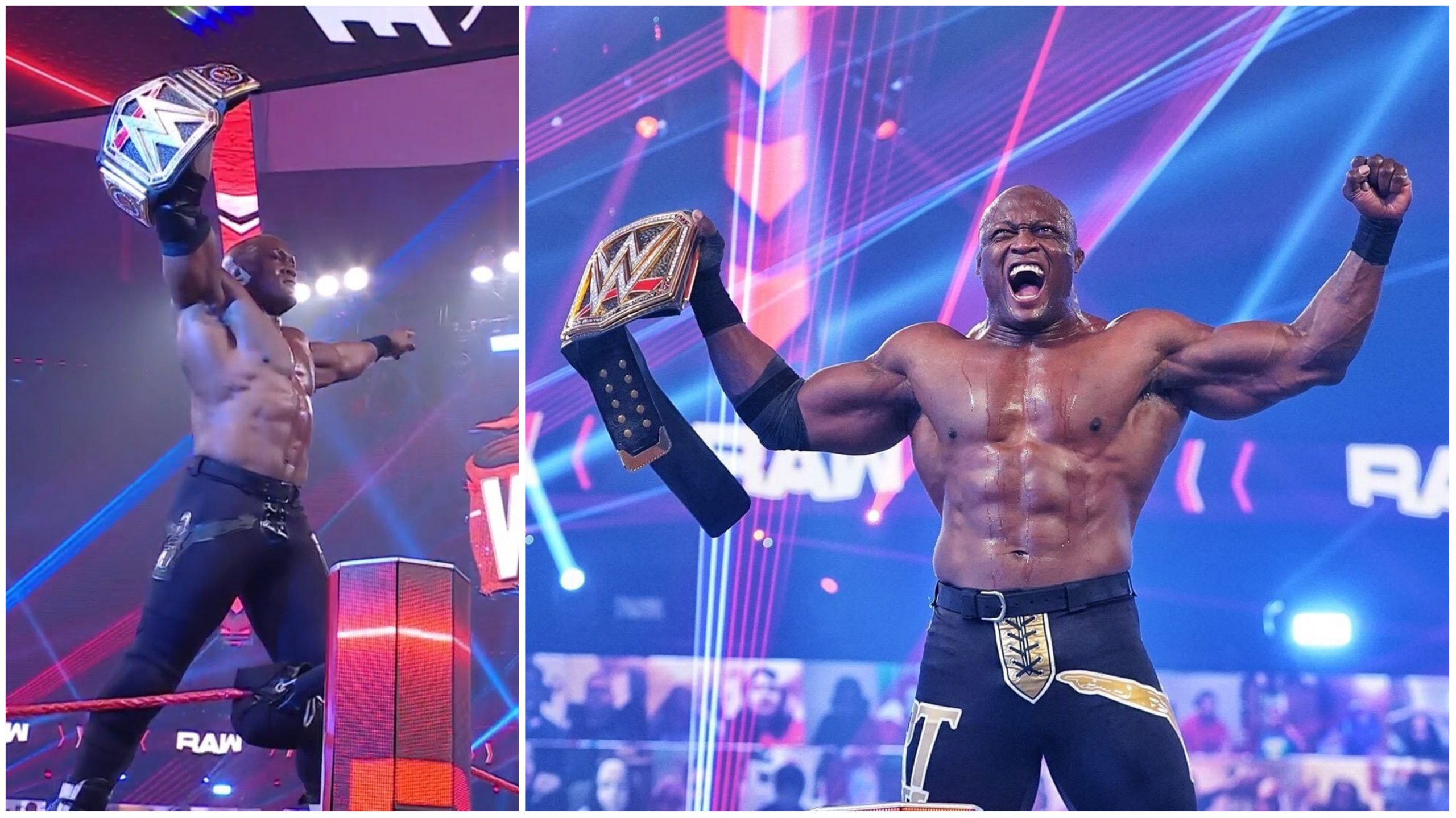 In a major title change, this week’s episode of Monday Night Raw saw Bobby Lashley win the WWE Championship from The Miz.

THE MIZ COULD ONLY REMAIN CHAMPION FOR EIGHT DAYS

The Miz won the coveted championship for the second time in his career when he cashed in his Money In The Bank on a weakened Drew McIntyre. Interestingly, the weakening of McIntyre was a result of a sudden attack by Lashley after the former’s victory in a gruelling Elimination Chamber match. However, his title reign lasted a total of eight days.

The Miz tried to continue his fleeing tendencies, leading to Shane McMahon’s installation of lumberjacks to prevent the Champion from running away from the challenger. The match started with The Miz’s try to attack “The Dominator” with his WWE Championship belt. However, the latter managed to avoid the cheap attack.

The Miz’s attempt to escape was thwarted by Drew Gulak, one of the lumberjacks surrounding the ring. Another such attempt was resisted by the other members of The Hurt Business, who sent him back to the ring. In the ring, The Champion was utterly destroyed by his challenger. After a spinebuster, The Miz had to tap out to the Hurt Lock.

With this victory, Bobby Lashley finally became a WWE Champion at the age of 44. This makes him the third WWE Champion with Black heritage, the other two being The Rock and Kofi Kingston. He is the fifth World Champion in WWE with the said heritage, alongside The Rock, Kingston, Booker T and Mark Henry. He is one of the only two wrestlers to have won the WWE, ECW, and TNA/Impact world championships, the other being Rob Van Dam.

After his first run in WWE when he became a one-time United States Champion and two-time ECW World Champion, he went on to pursue a career in MMA. His MMA career went on to end with a 15-2 record. In TNA / Impact Wrestling, he was a four-time TNA/Impact World Heavyweight Champion, a one-time X Division Champion, and the final King of the Mountain Champion.

Previous article
Marie-Eve Dicaire: Focused on the task, not the outcome against Claressa Shields
Next article
José Ramírez vs Josh Taylor: 4-belt unification fight announced on May 22