Red Velvet reveals the secret behind her in-ring name 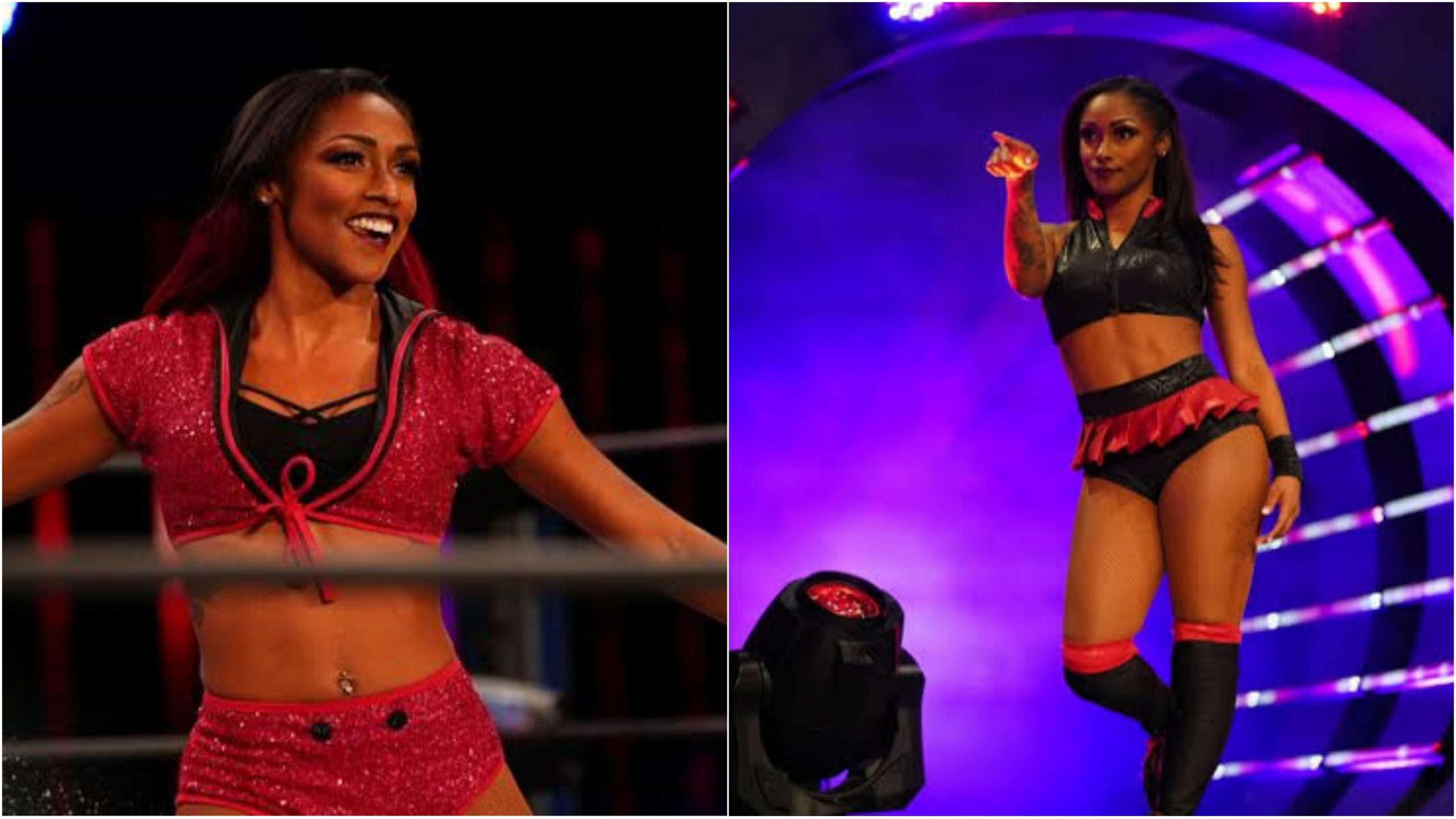 AEW star Red Velvet during the AEW Unrestricted talked about how she got her in-ring name. She also gave the fans a glance of her personal life and her friends who helped her find the perfect in-ring name for her.

Red Velvet is gradually earning the love of the fans and they might be even intrigued to know how she managed to get her in-ring name.

The AEW star revealed that her life changing relationship in her college years had played a role in getting the name. It had completely changed her, speaking of which she had changed her appearance, dying her hair red.

She said: “In college, I had my first life changing relationship. It put my life upside down and changed my life. It changed me as a person forever, so I went through this stage where I dyed my hair super red. I said I’m getting rid of everything in the past. I’m a new person. I had this red hair and my friends would say that was my alter ego. They were like, when Velvet switched modes, she’s like Red Violet.”

She then recalled a conversation with a friend who gave her the idea of changing her name and said that she reminded him of the red velvet cake. She recollected that “He said, ‘You’re small, petite, spicy, you’re very elegant in the way you do things. Your hair is super red. Your skin is beautiful chocolate. You remind me of a red velvet cake.’”

Red Velvet found that the name was perfectly fitting for her due to her character and ‘sweetness’. Moreover, the word ‘velvet’ was fit as she danced as well. Thereby, the things along with the name fell into places and that is how the name came into being.

Red Velvet is set to be involved in a match which could potentially be one of her important matches in her career. She is set to team up with Cody Rhodes and take on the team of Shaquille O’ Neal and Jade Cargill this week’s edition of AEW Dynamite Crossroads special. It is to be seen how she performs in the match as it would be a high-profile match up.