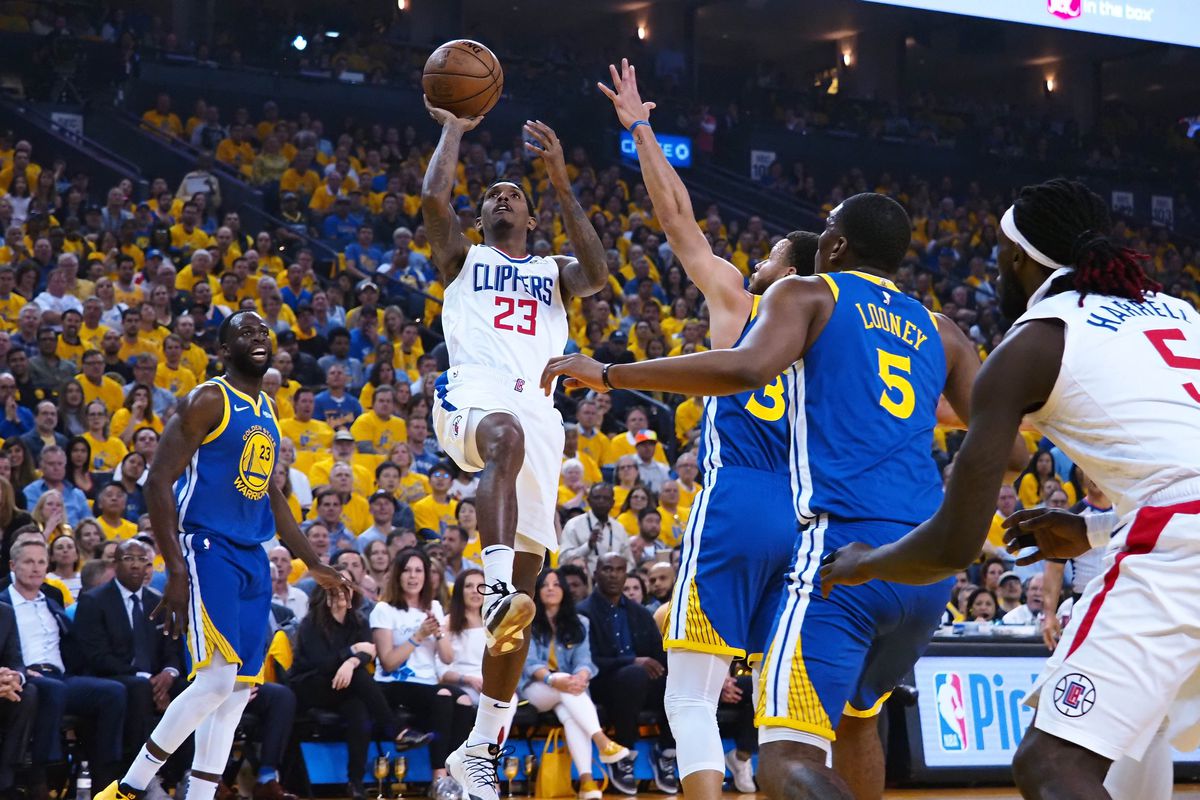 We have all seen games like these. Where the first quarter ends with a crushing blow to our team, and we cannot see the possibility of them gaining back the traction they lost.

Then the second half comes through and we notice the team’s determination hasn’t faded. The third quarter arrives and suddenly, winning doesn’t seem like a far-off dream, and then in the final quarter, our team has done the unthinkable. They have won.

Games like these can create a powerful underdog in the NBA spreads, but which ones really shook the stands?

Without a doubt, the best comeback in NBA Playoff history was between these two legends. Let’s paint the picture – it was the first round of the Western Conference. Game one had finished with the Golden State Warriors in the lead by 17 points.

Flash forward to the third quarter of the final game and the lead had stretched to 31 points. Looking around at the players, you’d have noticed a bench swap of the ages. Montrezl Harrel and Lou Williams were pulled onto the court to change the game, and it was a swap that the Clippers will remember forever.

With 19 minutes left on the clock, the second game in the first round had given the crowd whiplash. The Clippers had managed to pull back a 72 to 37 win.

In the end, the Clippers rallied up a 60-point comeback win!

Jumping back in time, the second-best comebacks also the oldest on our list. Before the Lakers and Supersonics were playing this game, LA was considered the sure-fire winners. They had destroyed all other teams in the last two matchups, but this time the game turned cold.

After the first quarter had finished, the LA Lakers were losing 4 to 20. The situation was so bad, that Magic Johnson gave his team a talking to. During a rally boasting time out, Magic put the gears back into his players.

With a fire in the belly and their eyes back on the prize, the second quarter ends with a 16 to 0 lead. The game was a match. With an even playing field, every point mattered.

It was a battle between both teams, but the Lakers were able to hold on. As the last timer rang out, the Lakers won the game by just 2 points – 97 to 95.

This game against the Grizzlies was a turning point for the Clippers. They didn’t know it yet but had they fallen at this hurdle, then their 7-game series would have flopped with them.

At the end of the first quarter, the Clippers were down by 20 points. As the game progressed, the numbers dropped further as they fell to 27 points behind.

It was the fourth quarter when the Clippers kicked themselves into gear. With a loss at their heels, they ran for the ball and scored 35 points to 13. It was a clawback that the Clippers desperately needed and kept them in the NBA.

Returning to recent years now, we could not forget the magical match between the Hawks and the 76ers.

You could argue that the Hawks’ win should be further up the comeback list, as the 76ers are meant to be leagues ahead of the Hawks’ skill level. But we aren’t looking at history and stats in this list, instead, we focus on the game.

Ah, that’s a lie. Let’s look at the stats – The 76ers had 3 All-Defensive Team of the Year members and an MVP runner up on their roster in this game. And by the end of it, the awardless Hawks climbed up the points.

By the end of the first quarter, the 76ers were in the lead by 26 points. But as the second half was drawing to a close, the Hawkers stole the game with a 3 – 2 lead!

With the legendary LeBron James on the Cavaliers team, you wouldn’t think a comeback was necessary, but the Pacers put the Cavaliers through the wringer.

In game three, the Pacers were dominating a 25-point lead, which jumped to 26 points after halftime.

Ready to call in the big guns, James took back his crown. With the big man in charge, the Cavaliers push his team back to a 119 to 114 win.

These comebacks are ones that every basketball fan will have on repeat in their head. Haven’t seen them? Watch the replays for yourself, and drink in the euphoria of the comeback kings.