Why is Esports Becoming Increasingly Popular? 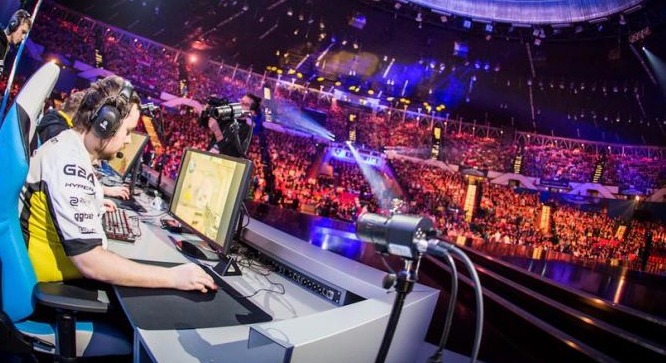 Esports is developing much faster than any other mainstream sport. Esports is also catching the attention of online bettors, and every other reputable Vegas online casino has a section dedicated to cybersport betting. Many reasons have contributed to this exponential growth, and this article will cover that.

Traditional sports like basketball, hockey, football, and soccer are the leading sports worldwide. Now, it is possible to add esports to each of these. After all, hundreds of thousands of esport fans have gathered at stadiums to watch live tournaments in the past. The number of fans streaming these broadcasts from home is even larger as they are in the millions.

Many gamers find virtual sports attractive for their spectacularity and because they have no bounds. Boundaries that characterize traditional sports are becoming more and more blurred thanks to esports, and there have been talks to include it in the Olympic Games. If you are curious why this form of sports has become popular within a short span, below are some leading reasons.

Like traditional sports, esports is built on competition. Due to this, it is pretty standard for fans to idolize certain esports players or esport games. Competitive sports are a global phenomenon, and this is not changing anytime soon. As an esports fan, you can enjoy high-quality games and tournaments on online platforms like Twitch and YouTube.

Virtual gaming is a fun way to relax and unwind but can also be a way to generate income. It is easier to become a pro in esports compared to traditional sports, and here is why. You don’t need physical characteristics like speed, agility, and physical strength in virtual gaming. Although a superior physique is not mandatory in esports, it doesn’t mean that it is easy to become one.

To become excellent at it, you’ll need to learn and train hard. Still, the possibilities of becoming a pro gamer and building your career in it are more practical and accessible than, say, the NBA, NFL, and EPL. Nowadays, people, especially the younger generations, have built lucrative careers as pro gamers.

One of the primary reasons people keep playing video games is that they are highly addictive. It is essential to balance your life by combining gaming with other non-gaming hobbies. However, the thing with gaming is that players can reach new levels, beat the competition, and unlock new weapons. These possibilities are why some players continue to spend most of their day gaming because they want to become masters.

Another factor that makes the competition in gaming addictive is the applause and support that gamers get from fans. Much as you enjoy virtual sports, keep in mind that excessive gaming can lead to mental health issues and affect your day-to-day life. Some of the effects of internet gaming disorder (IGD0 include:

The quality of video games has improved tremendously in the past decade. Video game graphics are now impressively realistic, thanks partly to virtual reality (VR) and 3D innovations. The high-quality aspect of esports makes it easier and more enjoyable to play and watch. Players don’t have to worry about severe migraines and strained eyes resulting from pixelated graphics.

Elements like AR can convert the physical world as you know it to feel like you’re actually inside the game. A good example is Pokemon Go.

The fifth reason esports is very popular is that video games have become very accessible. You can game on your smartphone, console, laptop, computer, etc. Gamers can also play whenever they want, unlike other mainstream sports where the rink, gym, or field closes by nighttime.

In esports, you also don’t need a lot of specialized equipment or space to play. You can easily download your favorite game, even on your smartphone. Virtual games are also accessible because they don’t demand superior athletic qualities for gamers to succeed. In contrast, traditional sports require qualities such as speed and physical strength, which is understandable.

Lastly, fans can access their favorite esports via video-sharing platforms as long as they have stable internet connectivity.

The future of esports is bright, and in the future, it will likely be heavily powered by mobiles. That will further lower the barriers, allowing more fans and gamers to become part of this industry. Overall, esports as a phenomenon is constantly evolving, but the opportunities are endless. The main question is whether these opportunities should be exploited in real-time or once the market has grown.