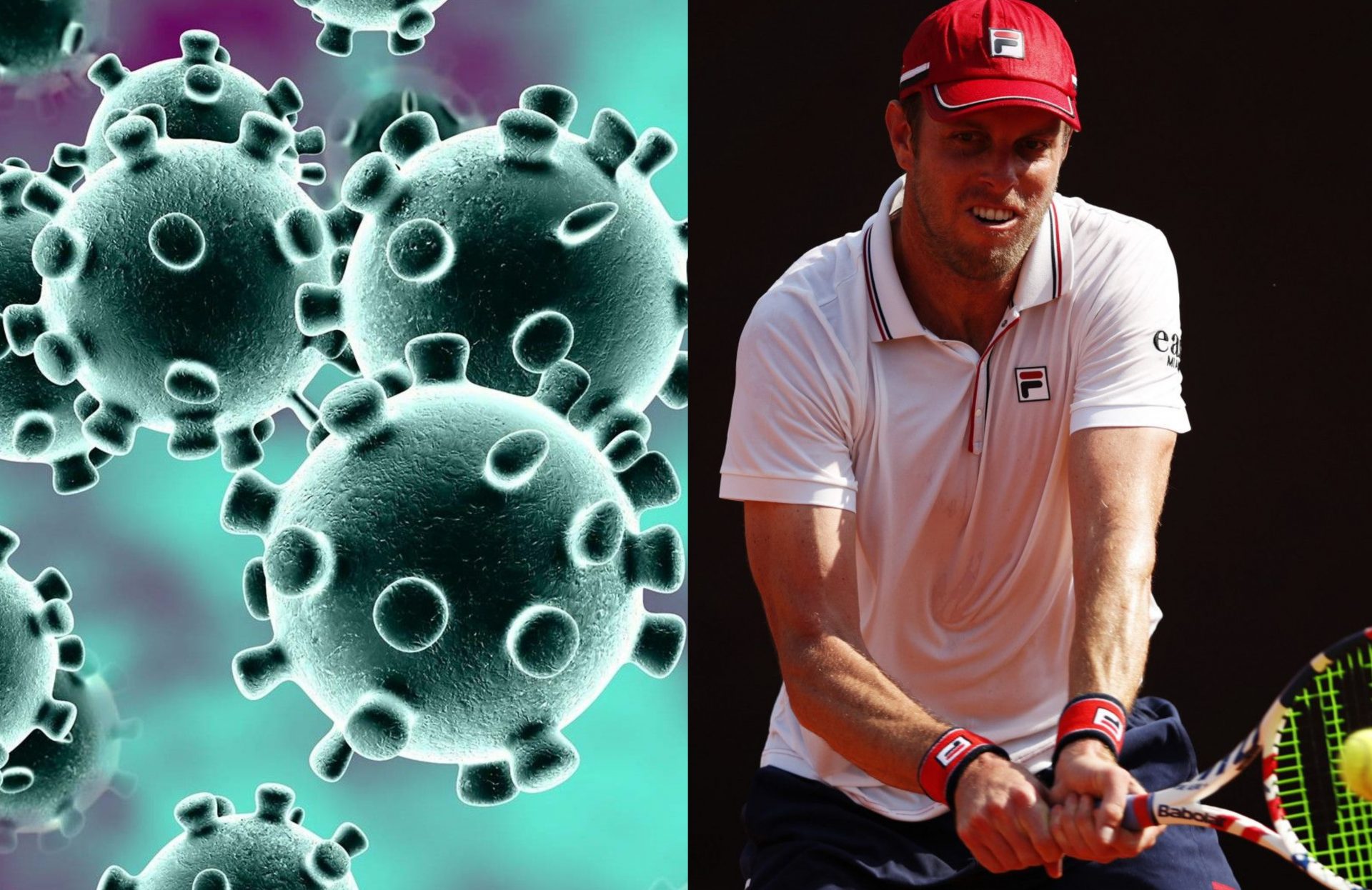 Sam Querrey has defended his much-criticized escape from Russia after contracting Covid-19 and says that he did the entire thing for the safety of his family.

Querrey left Russia in a private jet with his wife and baby son after all three tested positive for the virus before the start of the tournament in St Petersburg, sneaking out of their hotel early in the morning without informing reception, in October.

The ATP, the men’s governing body, handed the 33-year-old a suspended $20,000 fine which will be lifted if Querrey does not commit further breaches of health and safety protocols related to COVID-19 within a probationary six-month period.

“Did it for the safety of my family” says Querrey

“I … had to make a decision between 10 p.m. and 10 a.m. the next day,” Querrey told Sports Illustrated in an interview.

“I had my wife there, and I had my baby there, and as a human decision, I was like, ‘Hey, I don’t feel comfortable with this.’ So we made the decision to charter a plane and leave.”

Querrey said he was ready to quarantine in the tournament hotel for two weeks after testing positive but after two days he was told he was no longer welcome at the hotel and doctors would determine if they had to quarantine in a hospital instead.

The American said lack of clarity made it necessary for him, his wife, and their seven-month-old son to fly to London and quarantine at an Airbnb.

“I felt as a father and a husband there’s a human element to this, and I had to do what I feel like is right,” he said, adding that the flight cost him about USD 40,000 plus and he had to also pay for the stay in London for two weeks.

“I wasn’t willing to let our family go to a hospital for a minimum of two weeks where we were at.”

Also read:Return of the King-Wawrinka hungry for one last push with his swansong

Sam Querrey back on the court at Delray Beach Open-

Querrey hasn’t played a competitive match since French Open last September and will be raring to be back in action on the court at Delray Beach Open.

Allos in the title contention will be fellow countryman John Isner and the former world number 3 Milos Raonic.