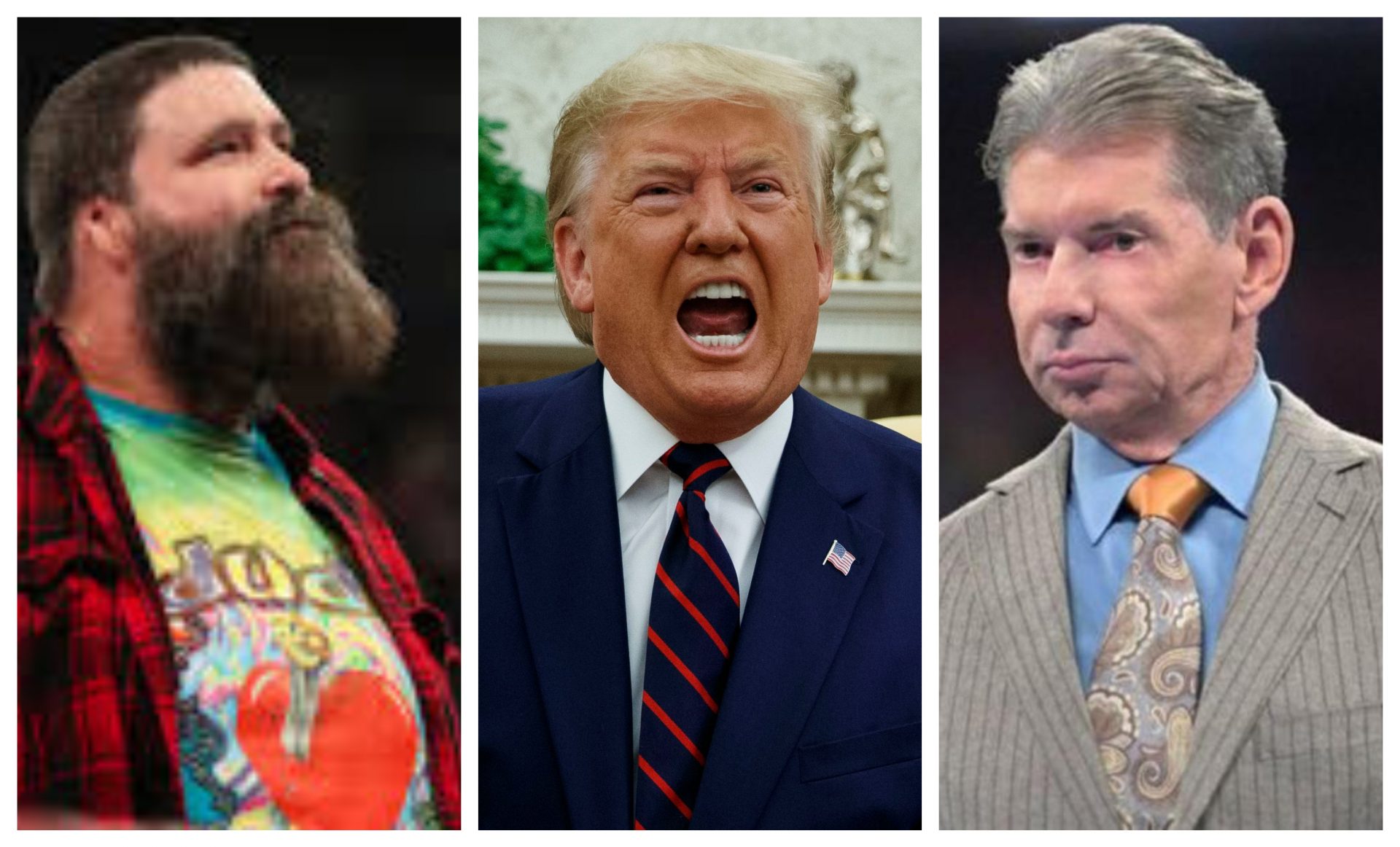 WWE Legend Mick Foley wants former United States President Donald Trump out of the WWE Hall Of Fame. He was inducted along with the WWE veteran during the Hall Of Fame ceremony back in 2013. Foley’s plea comes following the siege of the US Capitol by pro-Trump supporters, that has taken the nation by storm.

Apart from the hardcore legend, several WWE wrestlers have voiced their concern as a result of the violence that has taken place in the capital city. Foley disclosed his wish to see the controversial figure out of the illustrious Hall Of Fame in a tweet addressed to Vince McMahon himself.

“Hey Vince – how about throwing this sorry son of a bitch out of our Hall of Fame?”

While the former wrestler did not mention the name of the former businessman, but the timing of the tweet was more than enough evidence.

The Capitol building was placed under lockdown with several supporters breaching their way in. The people have stormed the building to derail the certification of the electoral collage vote. The ensuing vote will make Joe Biden the president of the nation, and as a result, end the current president’s time as the leader.

Things have taken a turn for the worse with several people injured and at least one shooting incident reported so far.

While he asked his supporters to end the protest and go home instead, he has also gone onto refer to them as ‘very special’ and claimed that he loved them.

Ever since the end of the long drawn out controversial election, the 74-year-old has openly claimed that the election has been “fraudulent” with a discrepancy in the count.

Trump’s relationship with the WWE

Donald Trump has a fruitful relationship with the McMahons. He also has a WrestleMania appearance under his belt after standing in Bobby Lashley’s corner against Umaga at WrestleMania 23.

After being elected as the president of the United States in 2016, he appointed Linda McMahon as Administrator of the Small Business Administration. While she stepped down from the role in 2019, she continued to voice her support.