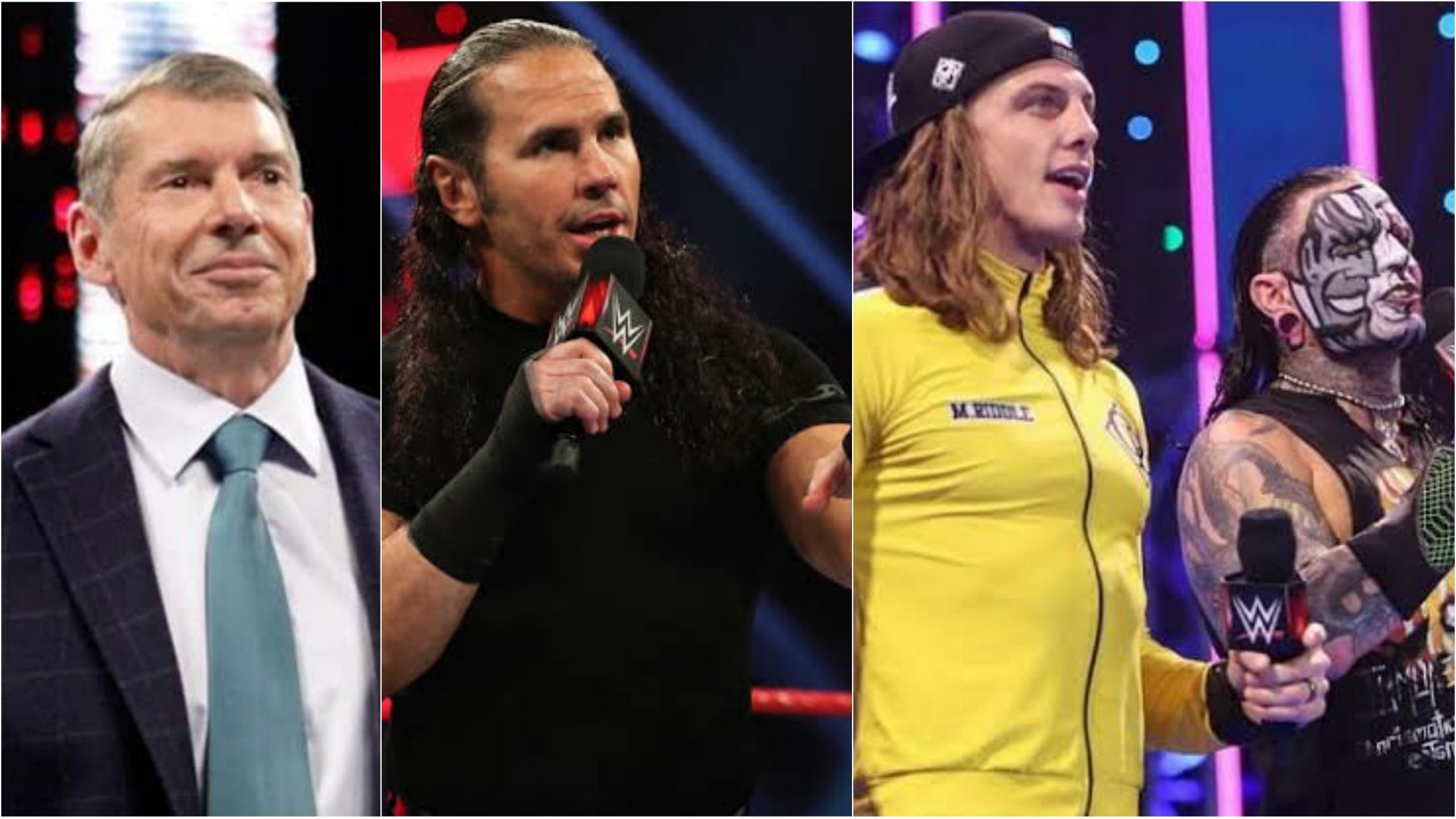 Matt Hardy, the former WWE star took to his Youtube channel and recently published a video. It featured him discussing the newly formed tag-team going by the name ‘ Hardy Bros’, comprising of Matt’s brother, Jeff Hardy and Riddle.

The Hardy Boyz consisting of Matt Hardy and Jeff Hardy is undoubtedly one of the best tag-teams in the history of WWE and were also responsible for making the ladder matches more popular and ruled the hearts of WWE Universe.

In the Youtube video, Matt Hardy, who is currently signed with AEW broke his silence on Hardy Bros and had blasted WWE Chairman Vince McMahon for forming the tag-team.

He considers The Hardy Boyz to be the greatest tag-team of all time and claims that McMahon, who is ‘obsessed’ with the popularity of the tag-team tried to recreate something similar to it and formed Hardy Bros in the process, interestingly with another ‘Matt’.

He said, “There is no doubt, if someone ever asked you who the greatest tag team of all time is, it is The Hardy Boyz.As a matter of fact, Vince McMahon is so obsessed with the greatness and popularity of The Hardy Boyz, he’s created the Hardy Bros. And he’s put together another guy named Matt with my brother, to try and recreate the magic that we once had.”

Matt said that bringing fake Razor Ramon or a fake Diesel would have even worked but Hardy Bros does not stand a chance and will fail.

Matt said, “He’s [McMahon] trying to confuse the marketplace because he’s so vicious, he still wishes he had the Hardy Boyz. The Hardy Bros? That’s not gonna work. You would have had a better chance with fake Razor and fake Diesel.”

He said The Hardy Boyz were not only more talented but also more popular than all tag teams in history. He also spoke about how they sold more merchandise than any other tag team in history including The Road Warriors.

WWE is apparently planning the Hardy Bros to remain on the scene for a long-term as they have filed to trademark “Hardy Bros”. They had recently joined forces on Raw, they’ve teamed up a couple of times.